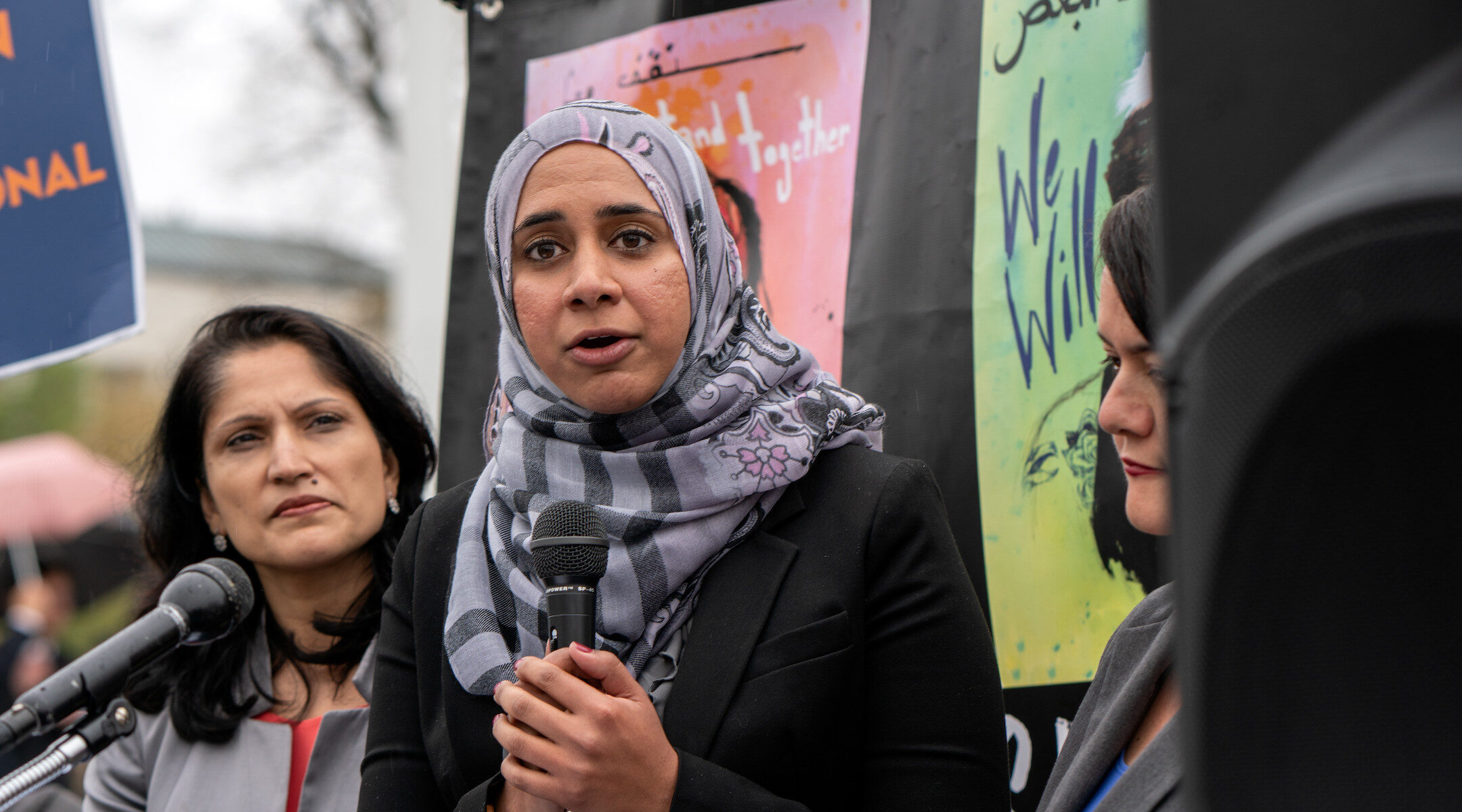 (J. The Jewish News of Northern California via JTA) — A Muslim civil rights attorney who leads the San Francisco office of CAIR, the Council on American-Islamic Relations, is drawing sharp criticism, including accusations of antisemitism, from local and national Jewish organizations after a Nov. 27 speech.

Zahra Billoo’s speech, which drew attention after excerpts were republished by the Israel-advocacy website Israellycool on Dec. 2, implored attendees gathered at a pro-Palestinian conference in Chicago to vigorously oppose not only extreme right-wing forces, but also “polite Zionists,” including the Anti-Defamation League, Jewish Federations, Hillel and “Zionist synagogues.”

“When we talk about Islamophobia, we think oftentimes about the vehement fascists,” Billoo said. “But I also want us to pay attention to the polite Zionists. The ones that say, ‘Let’s just break bread together.’”

“They are not your friends,” she said.

In the speech, delivered at an annual conference of American Muslims for Palestine, Billoo described a well-funded campaign to bolster Islamophobia around the world and an interconnected network of Zionist-supporting organizations working to harm Muslims. She also repeated an unsupported claim, one that circulates among some activist groups, that “police officers in the United States who kill unarmed black men, women and children are trained by the Israeli military.”

This is textbook vile, #antisemitic, conspiracy-laden garbage attacking the mainstream US Jewish community. It sounds like something you would expect from white supremacists. https://t.co/fKxRawYOql

The San Francisco-based office of the Jewish Community Relations Council also excoriated the speech in a statement, calling it “antisemitic and deplorable, seeking to divide and besmirch efforts at cooperation and coexistence.”

The development shines a harsh light on the political chasm that separates many mainstream Jewish organizations from pro-Palestinian Muslim activists on the subject of Israel, even as they may agree on other political issues such as gun control, immigrant rights and combating racism.

The statements were also a provocative rebuke of not only right-wing, pro-settlement religious Zionism, but also more moderate Zionist views widely held in the American Jewish community, including by members of so-called “Zionist synagogues.” According to a recent Pew survey, roughly 8 in 10 American Jews say they feel a connection to Israel and that it is an important part of their Jewish identity.

Billoo said during the speech she does not support a two-state solution to the Israeli-Palestinian conflict. “Allah has promised us victory,” she said.

Billoo did not respond to a J. request for comment.

Billoo, a member of CAIR since 2009, is a celebrated civil rights attorney with a law degree from UC Hastings who appears frequently in television news interviews and newspapers. Over the last 12 years she has helped pursue civil rights lawsuits against Southwest Airlines, Abercrombie & Fitch and the U.S. Justice Department, and has won accolades for her work — she was recently named a Pioneer in Justice fellow, a five-year program for social justice advocates, by the S.F.-based Levi Strauss Foundation.

Billoo has also partnered with left-leaning Jewish groups. In 2019 she joined a Hanukkah event to speak to congregants at Kehilla Community Synagogue in Piedmont, California, a congregation that often holds events in support of Palestinians, and a couple of years before that spoke on a panel about fears of rising Islamophobia and antisemitism.

In 2016, a few weeks after Donald Trump was elected president, Billoo posted on Facebook, “He’s going to do to you Muslims what Hitler did to the Jews.”

And yet this is not her first time drawing scrutiny from Jewish and pro-Israel groups. In 2019 Billoo became one of a handful of Women’s March organizers who either left or were removed from organizing roles amid claims of anti-Israel animosity and antisemitism. Her removal came after criticism from the ADL and others stemming from a 2015 tweet in which she wrote: “I’m more afraid of racist Zionists who support Apartheid Israel than of the mentally ill young people the #FBI recruits to join ISIS.”

The national office of CAIR did not respond to a request for comment.

This story was originally published in J. The Jewish News of Northern California, and is republished with permission.