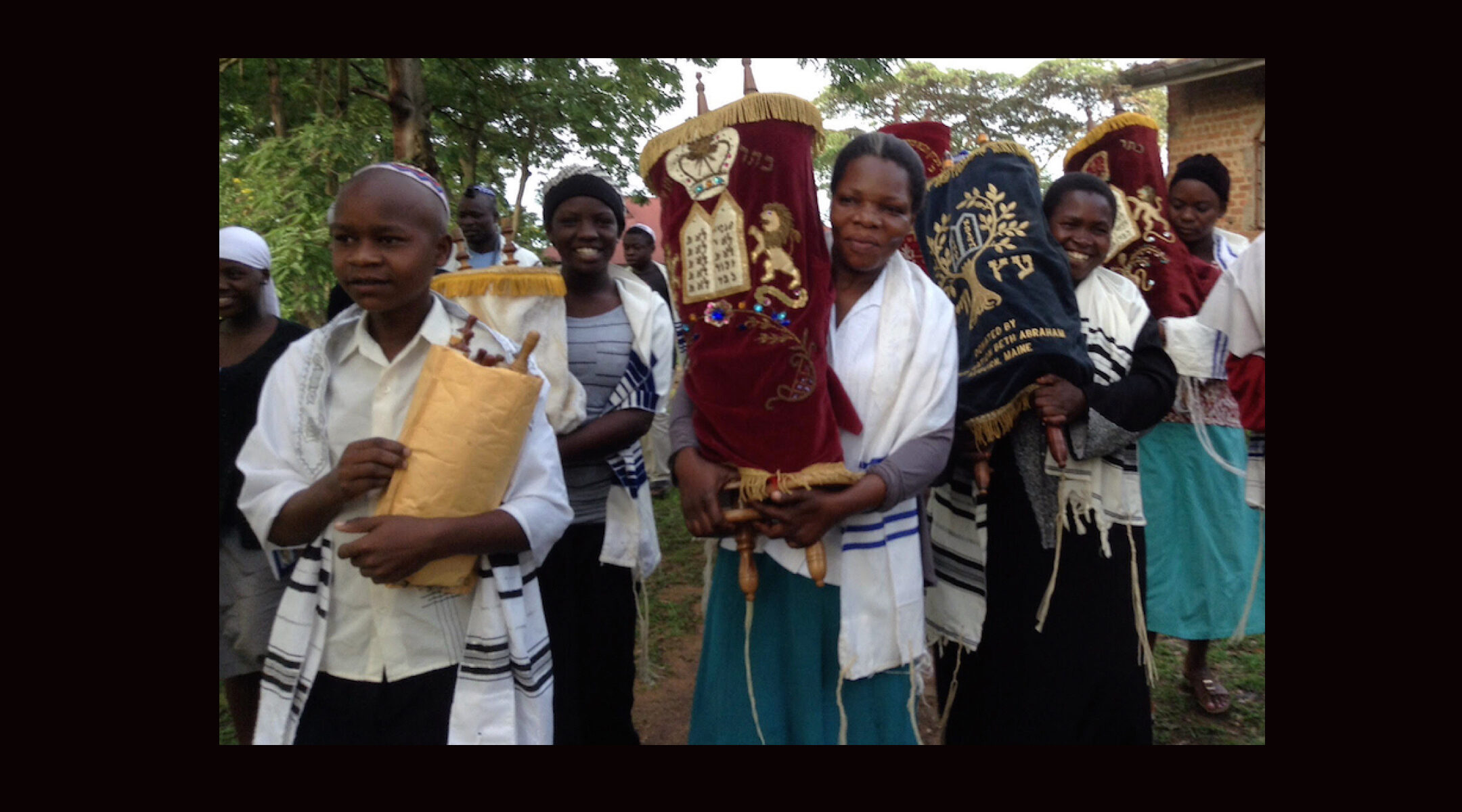 Women and children carry Torah scrolls from an old synagogue building to a new building in Nabagoye, Uganda. (Courtesy of Be’chol Lashon)
Advertisement

(JTA) — Israel’s Ministry of Interior denied an application for citizenship from a Ugandan convert to Judaism again, despite a ruling earlier this year recognizing non-Orthodox conversions performed in Israel, according to Haaretz.

Kibita Yosef, who has been living in Israel since 2017, first applied for citizenship under the Law of Return and was rejected in 2018. Under Israel’s Law of Return, all Jews, including those who have converted to Judaism under the auspices of “recognized Jewish communities,” are eligible for Israeli citizenship. Responding earlier this year to Yosef’s appeal of the decision to the Supreme Court, Israel’s Interior Ministry indicated that it did not see the Abayudaya community in Uganda as a “recognized Jewish community” and thus its members would not be eligible under the Law of Return.

His second application, submitted in June after undergoing another conversion overseen by a Conservative religious court in Israel, was intended to test a March decision by the Israeli Supreme Court that required the government to recognize Reform and Conservative conversions performed in Israel for the purposes of immigration.

But on Monday, Israel’s Interior Ministry denied Yosef’s request on the grounds that he was not made to undergo the extensive study typically required before conversion. That requirement had been waived for Yosef by the Conservative religious court that oversaw the conversion because he had already undergone previous conversions and completed significant study ahead of those conversions.

But because the Jewish Agency, a para-governmental organization in Israel, had not yet recognized the Abayudaya community of Uganda as a Jewish community and the Conservative Movement had yet to accept the Abayudaya into the official movement at the time of Yosef’s previous conversions, the Interior Ministry did not deem his previous study for conversion sufficient.

Yosef’s lawyer, Nicole Maor, decried the decision in an interview with Haaretz.

“No Conservative community, anywhere in the world, would dream of demanding that he participate in a more formal study program as a condition for his ‘re-conversion.’ Yosef is Jewish. He has lived all his life as a Jew,” Maor said.

Maor promised to appeal the decision. Yosef’s work visa is set to expire at the end of the month.

While the Yosef matter may not immediately impact the potential immigration status of non-Orthodox converts in established Jewish communities, the rejection of the Ugandan community’s conversions could cast doubt on other conversions performed by those same Conservative rabbis.

Rabbi Bradley Artson, dean of the Ziegler Rabbinical School in Los Angeles, one of two Conservative seminaries in the United States, told the Jewish Telegraphic Agency earlier this year that the Kibita Yosef case was “a battle for who gets to define Judaism.”