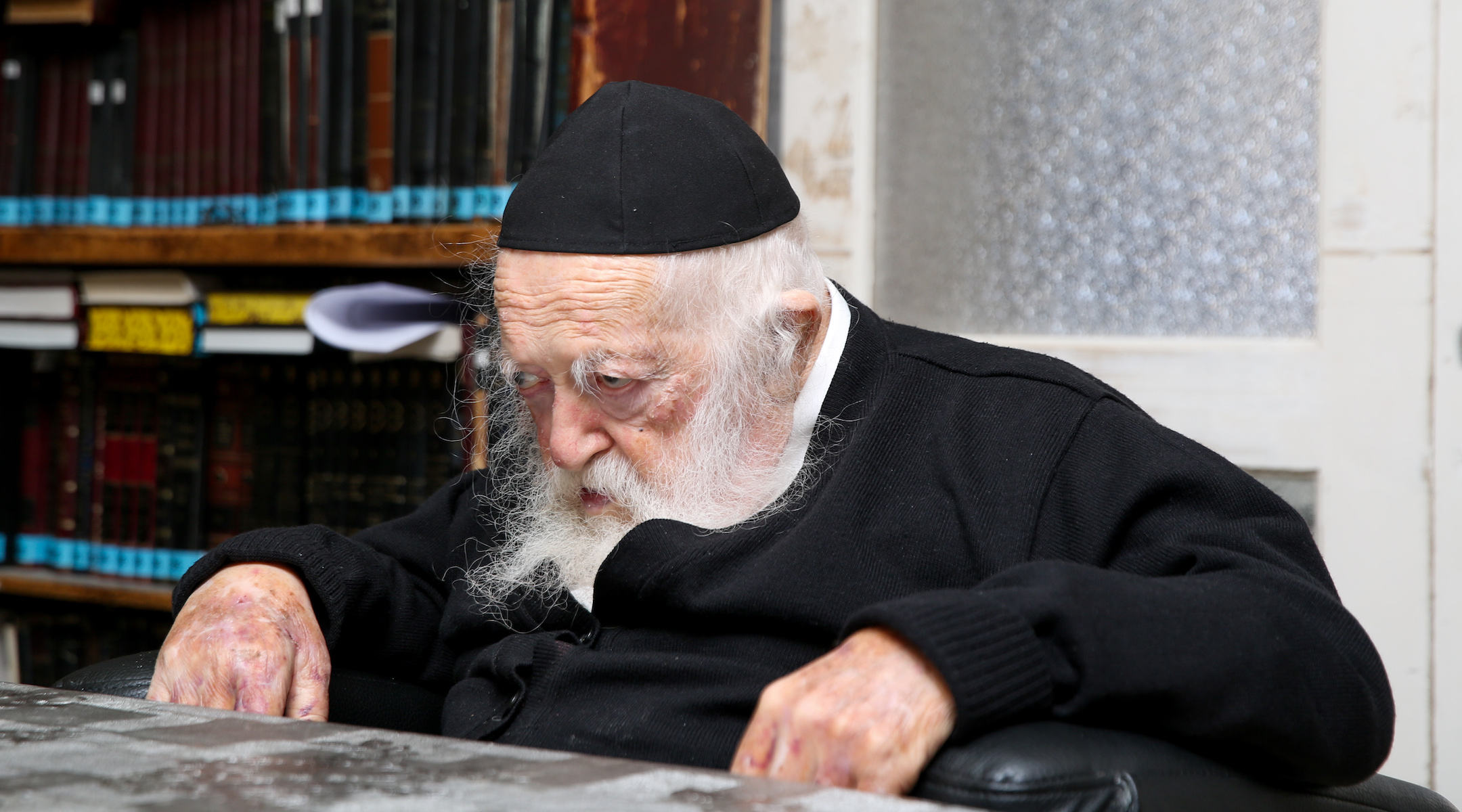 (JTA) — Rabbi Chaim Kanievsky, one of the top haredi Orthodox rabbinical authorities in Israel, and his family have received threats from anti-vaxxers after Kanievsky came out in support of vaccinating children ages 5-11 to protect against the coronavirus.

The threats have been communicated in phone calls, emails and letters, according to a report by Ynet. Some have even tried to break into Kanievsky’s home, the rabbi’s head of security told the Israeli news site. Security around the home and surrounding the rabbi when he attends events has been increased.

“Some people are trying to intimidate the ‘prince of Torah’ and his family to change his decision regarding vaccines, but of course he is of the opinion that it is necessary to get vaccinated,” Meir Gross, Kanievsky’s head of security, told Ynet, using the rabbi’s honorific.

Kanievsky met with officials from Israel’s Ministry of Health on Nov. 25, according to the Jerusalem Post. At that meeting, the officials asked for Kanievsky’s support for the country’s child vaccination campaign. Due to the higher birth rates in the haredi Orthodox community, a large portion of Israeli children ages 5-11 are haredi.

Though Kanievsky has consistently come out in favor of the vaccines, his varying directives to Israel’s haredi school system during the height of the pandemic made him a polarizing figure. At times, Kanievsky said the yeshivas should not close even as government officials ordered all schools shut to slow the spread of the virus.

According to Ynet, Kanievsky’s grandson Yanky, who acts as a spokesman and go-between for his 93-year-old grandfather, has received threats on the street. People have reportedly yelled “You are murderers” and have accused him of having “children’s blood” on his hands. The grandson reportedly also received threats that his children would be raped.

Gross said security around Kanievsky would be tightened “to prevent the next madman or the next threat who wants to approach the rabbi.”