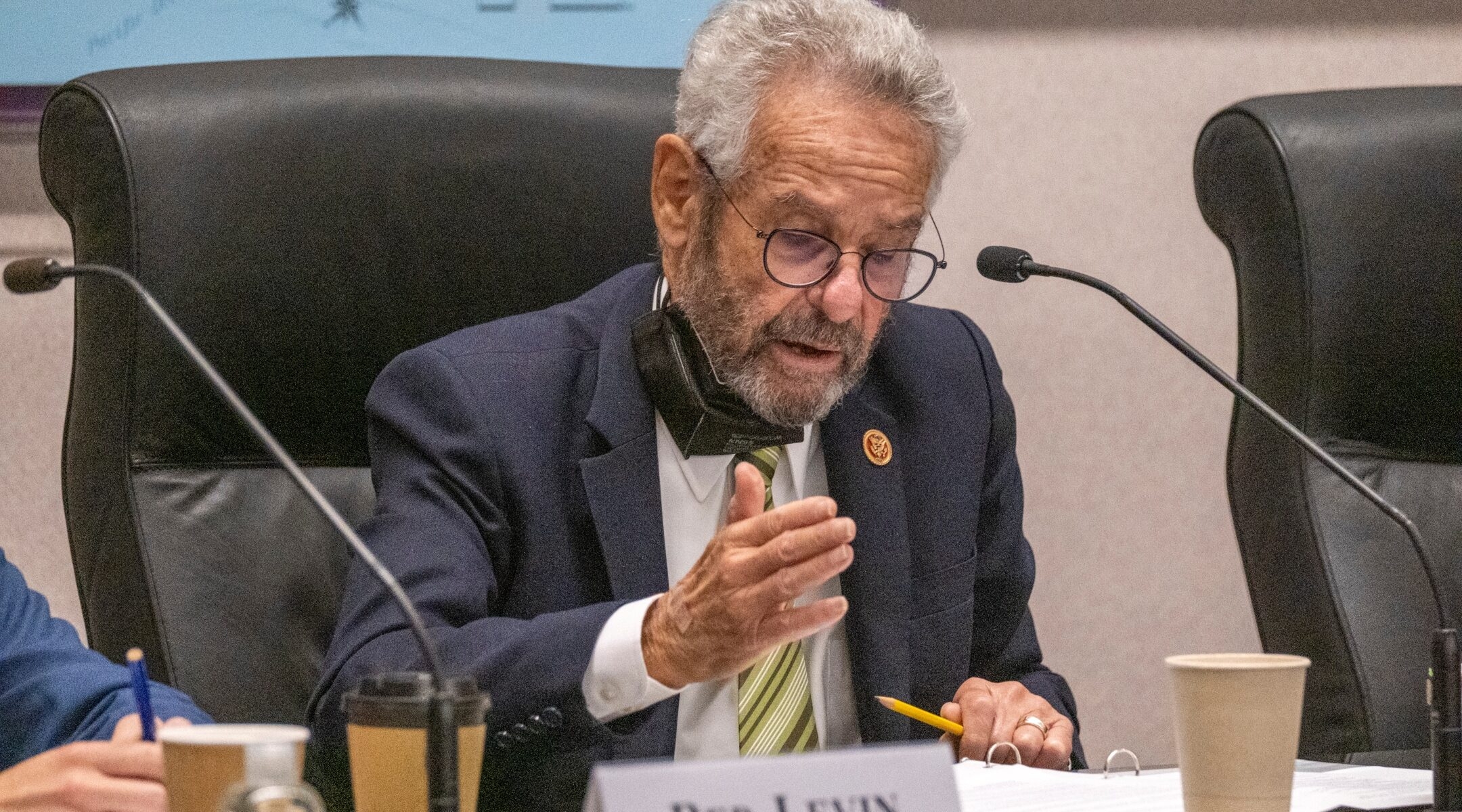 WASHINGTON (JTA) — Alan Lowenthal, a Jewish Democrat from California who has been a leader in efforts to preserve the two-state outcome to the Israeli-Palestinian conflict, is retiring.

“It is time to pass the baton,” Lowenthal, 80, said in a statement. “It is time to rest and surround myself with the benefits of a life well-lived and earned honorably in the service of my fellow citizens.”

Lowenthal, elected to Congress in 2012 from Long Beach, a city in Los Angeles County, is best known for his work advancing the restoration of infrastructure in a way that protects the environment.

In recent years, he has aligned closely with J Street, the liberal Jewish Middle East policy group, and has become a leader in efforts to preserve the two-state outcome, backing bills and letters.

In 2019, Lowenthal led passage of a resolution that committed Democrats to the two-state outcome at a time when then-Israeli Prime Minister Benjamin Netanyahu and then-President Donald Trump appeared to be backing away from it. The message, with almost all Democrats signing on, was clear: if Netanyahu proceeded with annexation he would risk cutting off the entire Democratic Party.

Lowenthal was always strongly Jewishly identified, albeit with a classic liberal tint: His sons recall Shabbat dinners that featured Bob Dylan songs. A son, Josh, has lived in Israel.

Lowenthal’s district may disappear as a result of post-census redistricting; his departure means that a neighboring Democrat, Lucille Roybal-Allard, whose district may also be up for removal, will likely be reelected.