Chile’s next president is Gabriel Boric, a left-wing politician who has spurned ties with Chilean Jews over Israel 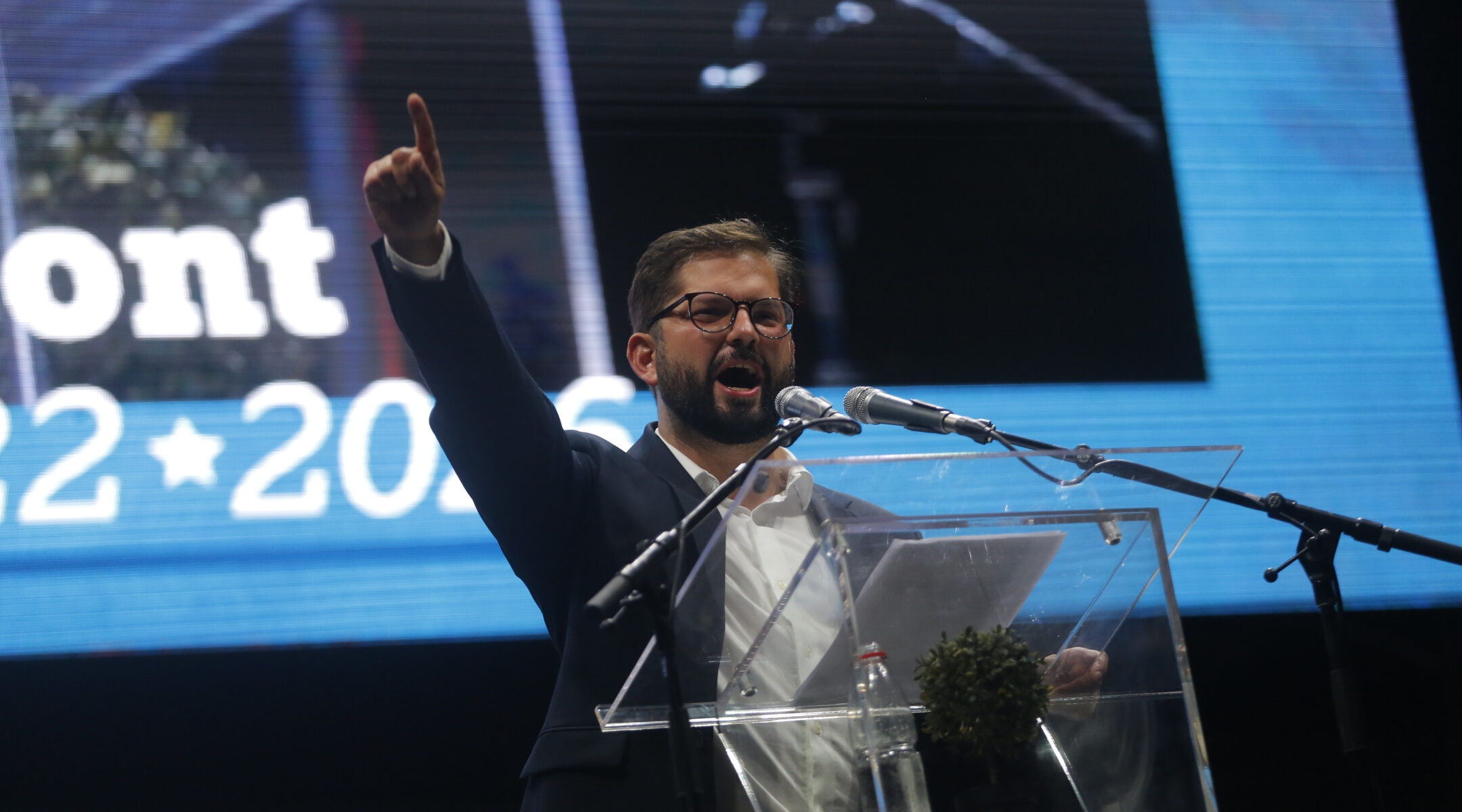 ( JTA ) – Gabriel Boric, a 35-year-old left-wing lawmaker who has been sharply critical of Israel and Chilean Jews who support it, was elected president of Chile in a landslide victory this weekend.

Boric, who came to fame as a student leader, won with 56% of the vote, 12 points over his conservative rival, José Antonio Kast, a right-wing pro-Israel politician.

The election left many Chilean Jews feeling uneasy because they had to choose between Boric, who has encouraged Chilean Jews to lobby for Israeli territorial concessions, and Kast, a right-wing pro-Israel politician whose father likely was a Nazi and who has defended the legacy of Augusto Pinochet, the head of Chile’s military dictatorship that killed thousands of dissidents in the 1970s.

Most Jews seemed to be siding with Kast, telling the Jewish Telegraphic Agency last month that their community was experiencing “a feeling of siege.” Of the 111 Chileans living in Israel who voted from abroad, 73 cast their ballots for Kast, compared to just 33 for Boric, according to Chile’s national elections database.

In his victory speech, Boric promised to “firmly fight against the privileges of a few” as he seeks to advance his vision for Chile’s future.

“I guarantee that I will be a president who cares for democracy and does not risk it, listens more than speaks, seeks unity, and attends to the needs of the people daily,” he said.

The Jewish Community of Chile, a nonprofit representing communal interests, congratulated Boric in a short statement , wishing him and his government “much success” and praising the transparency of the country’s elections. It concluded, “We will continue to work for a democratic, diverse Chile where minorities are respected. “

The official group representing Chile’s roughly 18,000 Jews has a complicated relationship with Boric. In 2019, it sent him a Rosh Hashanah gift along with a note expressing a desire for a “more inclusive, respectful society with more solidarity.”

“I appreciate the gesture but they could start by asking Israel to return the illegally occupied Palestinian territory,” Boric wrote after posting a picture of the gift to Twitter.

Boric’s criticism of Israel is longstanding. As a lawmaker, he supported a bill proposing to boycott Israeli goods from the Golan, West Bank settlements and areas of Jerusalem that came under in Israeli control in 1967.

And during the campaign, many members of the community expressed concerns over that comment and what they said was a pattern of demanding that local Jews condemn Israeli policy.

“We do not believe that it is fair or correct for you to hold the Jews […] responsible for the policies of a government in power in Israel,” read an open letter in July to Boric by 500 Chilean Jewish women. “History is full of examples of unjust accusations or massive blame on our people.”

Some Chilean Jews fear Boric intends to promote his supporter Daniel Jadue, a major communist of Palestinian descent who has declined to explain why his high school yearbook lists him as a “an anti-Semite” who will “clean the city of Jews. ”He has called the Jewish Community of Chile the“ Zionist Community of Chile, ”and Chilean Jews have called him an antisemite. Jadue has denied the charge, arguing that he himself is a “semite because he’s an Arab.”

Contacted by the Jewish Community of Chile for a comment about Jadue, Boric answered he would reply when community leaders “oppose the Israeli policy in the Israeli-Palestinian conflict,” according to the letter, signed by some of Chile’s most prominent Jewish women.