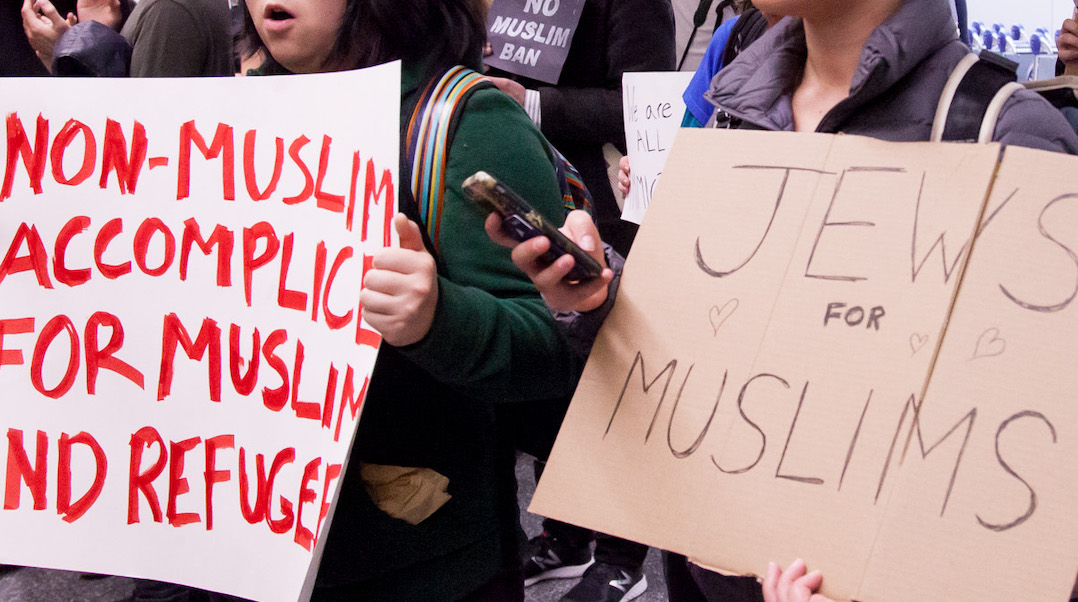 (JTA) — A long-simmering conflict between CAIR, the Muslim-American civil rights organization, and the Anti-Defamation League has now reached the boiling point: A Bay Area CAIR leader dismissed the ADL and groups like it as “polite Zionists” who could not be trusted as allies. The ADL’s CEO, Jonathan Greenblatt, fired back, calling her comments “textbook vile, antisemitic, conspiracy-laden garbage.”

It would be a mistake to see this as a mere spat between two organizations. It reflects what could be an alarming turning point in Jewish-Muslim relations in America, and a symptom of how polarization can undermine civil society. All of us who care about what Muslims and Jews could do together should take note and work to repair the damage that is being done.

In late November, Zahra Billoo — CAIR’s San Francisco director — delivered a blistering address at the conference of American Muslims for Palestine. First, Billoo drew a straight line between support for Israel and a wide array of American social ills, including the killing by police of innocent Black and brown Americans. Those charges play on tropes that have become commonplace in far-left criticism of Israel and the Israel-America relationship.

But Billoo went much further, directing her listeners to be cautious about “polite Zionists” — naming Jewish federations, “Zionist” synagogues and Hillel chapters whose civil society world she said masks an Islamophobic agenda. Similarly, American Muslims for Palestine had just published a report that neatly divides the Jewish community between those to avoid – including the organizations listed above, as well as my organization and others — and those it was “safe” to work with. Both AMP and Billoo placed Jewish Voice for Peace and IfNotNow as the only Jewish organizations on the “good” list.

For those of us familiar with interfaith work, this separation of “good” and “bad” groups is a familiar and pernicious rhetorical and political strategy. It happens to American Muslims all the time, especially since 9/11, when others who are suspicious of them and their motives demand they pass litmus tests. Such tests are understandable: It is hard to engage with “the other,” so we often try to understand others through the prism of our own commitments and categories. Interfaith engagement, meanwhile, can be a strategy for building political power. And when the goal is to amass power, it is not surprising that groups would instrumentalize “the other” towards that end.

Doing so is very, very dangerous. To divide American Jews this way — between the vast majority of American Jews who identify with Israel and are thus characterized as dangerous and duplicitous, and the small dissident minority who are “kosher” — has two major problems. The first is that Jews, no less than anyone else, should have the right to narrate the complexities of our own identities. We American Jews do overwhelmingly support Israel in one way or another, and most of us are comfortable with identifying as Zionist. Yet we exhibit enormous diversity concerning what those attachments mean to us and how they obligate us.

The overwhelming majority of Jews in the world see the emergence of a Jewish state as something that changes the meaning of being Jewish, and see ourselves attached to that story in one way or another. Our interfaith friends need to approach this aspect of Jewish identity with curiosity, rather than dismissing it out of hand through a predetermination of what Judaism is “supposed to be.”

Secondly, this caricature of American Jews and our commitments strips us of the capacity to build relationships with our Muslim friends and neighbors — relationships that could be rooted in compassion and could even lead to us interrogating our own commitments. Urging American Muslims to write off the majority of American Jews as enemies from the start is to foreclose any possibility of serious interfaith work, and undermines relationships that could be politically valuable for American Muslims. The strategy is as counterproductive as it is dehumanizing.

I am not primarily concerned with CAIR, but rather hope that this kind of thinking does not become normative in Muslim spaces (which at present, I do not believe it has). I am grateful to know Muslim leaders, like my friend and colleague Imam Abdullah Antepli, who are speaking out to rebuke CAIR, AMP and their leaders for misrepresenting American Islam, and instead are trying to forge new paths forward. After all, the best critiques of any group or movement comes from leaders inside their own communities.

This has been the approach of our Muslim Leadership Initiative program at the Shalom Hartman Institute since it began: to invite Muslim leaders into the internal conversation of the Jewish people, and especially our debates about Israel and Zionism. Resilient relationships are built through trust and character witnessing rather than through demarcating red lines at the outset.

What I fear most, however, is how we as a Jewish community act in a moment like this. Some of my ire is reserved for the Jewish organizations named by AMP and the Billoo speech as “good” Jews and who are relishing the designation. I mean, sure: Everyone wants to be liked, and I understand the political logic of using external allies to help fight battles inside your community. Allies are allies, I suppose, but these groups are welcoming endorsements from those who are actively and dangerously delegitimizing the majority of world Jewry. In doing so, these “good” Jews are giving aid to an antisemitic stratagem.

I desperately hope the mainstream Jewish community — those of us named as the bad Jews — will not allow the focus on CAIR and its failings to thwart the work we absolutely must continue doing to build stronger and more resilient intergroup relationships. This is how polarization works: Extremists exploit fear to create divisions, and then they reap the returns when the massive middle is scared away from the important work of seeking common ground.

I appreciate that organizations like the ADL need to confront CAIR in a moment like this and call out the antisemitism, but I would hate to see this incident undermine years of patient work — by the ADL and many other organizations —  in reckoning with the past and building trust. It would be catastrophic if positive Muslim-Jewish engagement in America were to be sabotaged by individuals and organizations unable to imagine alternatives to acrimony.

There is so much work to be done. Muslim-Jewish relations took on extra political significance with the rise of antisemitism and anti-Muslim hatred since the 2016 election. The Israel-Palestine conflict continues to be exploited not just by marginal Jews and Muslims but by other Americans, including in Congress, to divide us. This is especially sad and ironic since America could genuinely be one of the few places on earth where Jews and Muslims might forge an extraordinary bond. Even in Israel-Palestine, a future for peace and justice for all its inhabitants will need to be built by Jews and Muslims together.

If, like me, you are a member of the Jewish community alarmed by the CAIR story, don’t let it undermine your efforts in realizing such a future. Let their leaders navigate their own leadership failures, and let’s not make it harder for them by drowning them out. Instead, let’s lead our communities, and ask: What can we do to strengthen the relationship with American Muslims?