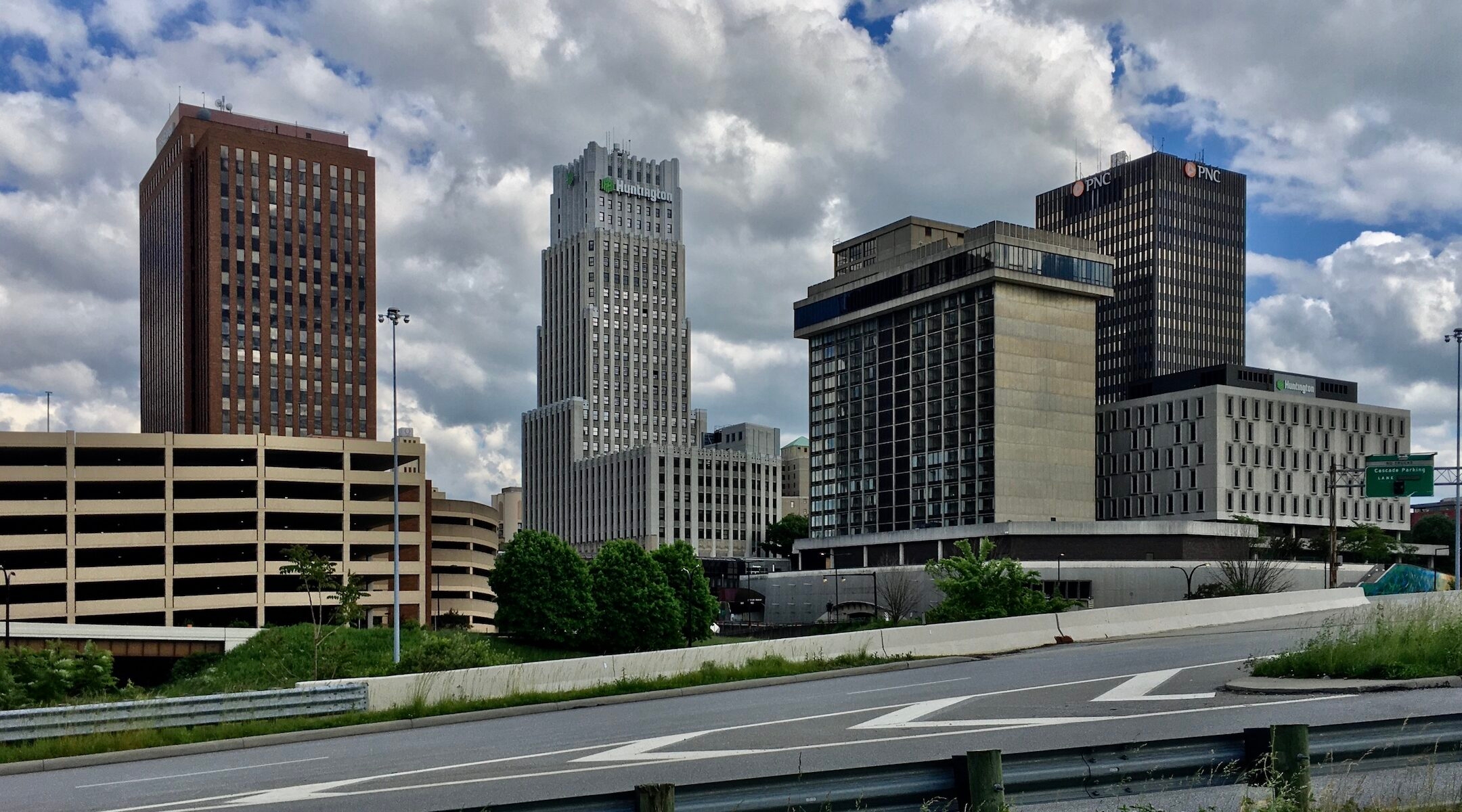 Part of the skyline of Akron, Ohio, May 2020. (Andre Carrotflower via Wikimedia Commons)
Advertisement

(JTA) – At a time when many local Jewish news outlets are scaling back or shuttering operations altogether, the Cleveland Jewish News is expanding its footprint for the second time in three years.

CJN’s publisher, the Cleveland Jewish Publication Company, announced Dec. 21 its plans to begin serving the Jewish population of Akron, Ohio, after reaching an agreement with the Jewish Community Board of Akron (JCBA) to revamp the current Akron Jewish News as a monthly print newspaper and standalone website, beginning in February 2022. The current December/January issue of Akron’s paper will be the final one to be overseen by the board.

The CJN declined to disclose financial terms of the arrangement, but Kevin Adelstein, president, publisher and CEO of the Cleveland Jewish Publication Company, told the Jewish Telegraphic Agency in an email that the company would be assuming all costs associated with publication of the Akron paper and website. Talks to acquire the publication had begun in 2019 and accelerated during the pandemic, when the CEO of JCBA, Todd Polikoff, left to take a job with the Federation of South Palm Beach County, Florida.

The move comes after the CJN’s expansion into Columbus, Ohio, in 2018, when the publisher reached a similar agreement with the publishers of the city’s historic Ohio Jewish Chronicle to replace it with a new publication, the Columbus Jewish News. Now the Columbus outlet publishes a biweekly print edition and a standalone website that shares editorial content with the Cleveland newsroom, but also maintains its own separate editorial team.

CJN leaders said the revamped Akron partnership would have a similar arrangement. “We recognize the opportunity to share content across all three newspapers as it may interest each respective Jewish community,” Adelstein said, adding that he would be hiring a full-time staffer to oversee Akron’s digital content.

The Akron Jewish News has been published continuously by the local Jewish community board since 1946; its predecessor, the Akron Jewish Observer, was published by the Akron JCC beginning in 1928. This new ownership change will be the first time in the 93-year history of the city’s Jewish paper that it will be independently run.

Population studies from 2005 estimated the Jewish community of Akron at around 3,500; Adelstein said those numbers “may be a little high” today. The JCBA, which is currently searching for a new permanent CEO, opened a 55-acre Jewish campus in 2013 that is home to a JCC, a Jewish day school and the local Jewish Family Services office.

The Cleveland-Akron partnership was welcomed by JCBA leaders, who said in a release that they were excited for the additional resources and expanded perspective on Jewish Northeast Ohio the new publishers would bring. David Koch, a former longtime JCBA CEO who has been serving as an independent consultant to the board and helped facilitate the agreement, said the move was “long overdue.” The Akron Jewish News had already been publishing CJN content in its paper for several months.