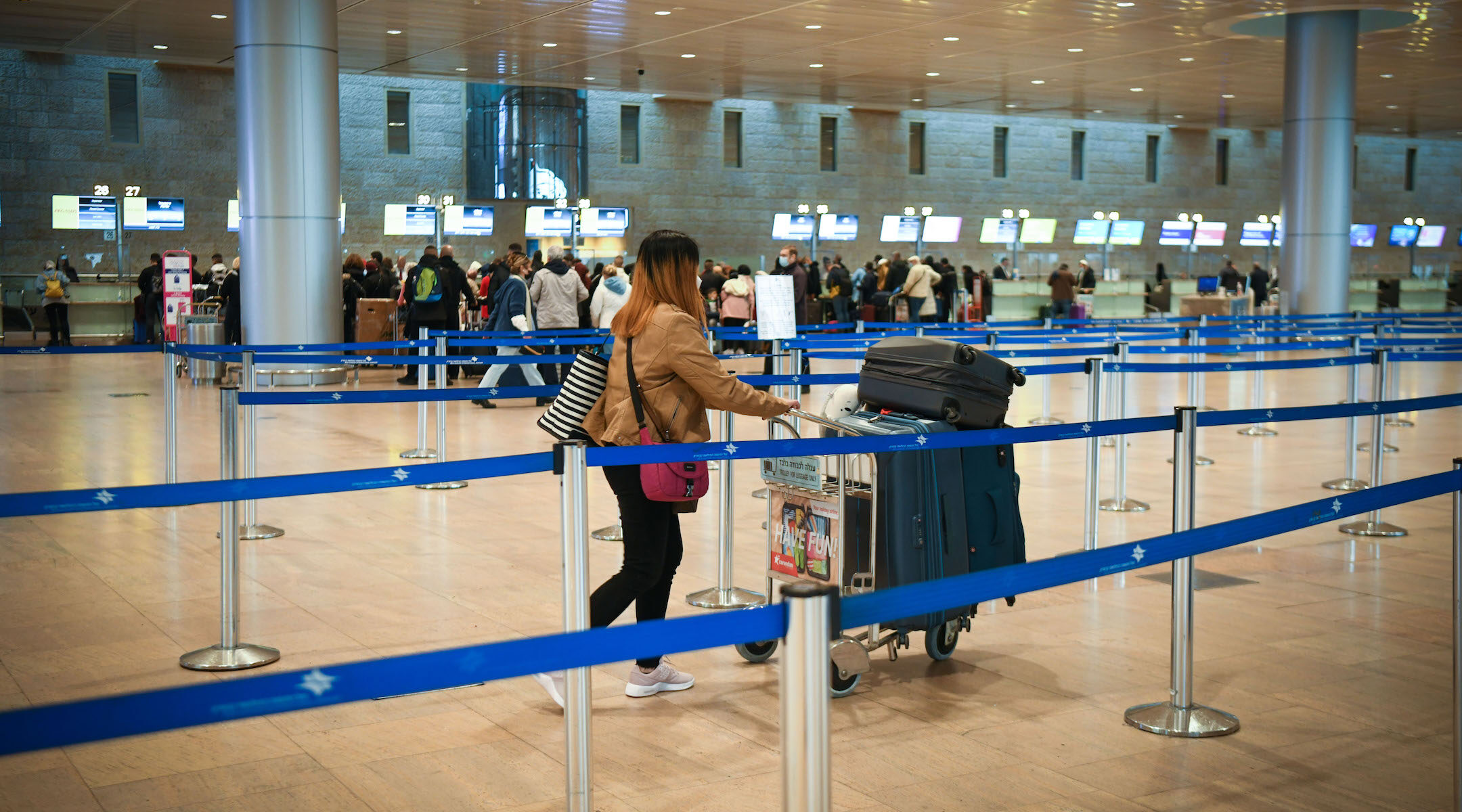 (JTA) — Israel announced Monday that it would reduce its restrictions on travel that were first put in place in November to delay the spread of the Omicron variant, but visitors from the United States are still barred from entering.

Starting Jan. 9, many fully vaccinated foreign travelers will be allowed enter the country again. But visitors from a number of countries deemed “red” due to high infection rates, including the United States and the United Kingdom, are still not allowed.

Israel recorded 6,562 new COVID cases on Sunday, the highest number recorded since September. The United States is experiencing a surge of hundreds of thousands of new cases per day.

The ban on foreign travelers has been a controversial issue in Israel in recent weeks. American immigrants to Israel have been especially vocal about the bans, which have kept their family members out of the country, even for lifecycle events such as weddings or the birth of a grandchild.

Israel’s Minister of Diaspora Affairs Nachman Shai said in a tweet Sunday that he raised the issue at a cabinet meeting and said Israeli Prime Minister Naftali Bennett committed to an imminent “easing of policies.”

In the cabinet meeting today I raised the urgent need to open the skies for world Jewry.
PM Bennett & health min. both committed to me that there will be a substantial easing of policies 4 entrance into Israel this week.
I will continue to be your voice and advocate in the Gov.

The government has sent mixed messages. Israel’s Health Minister Nitzan Horowitz suggested that the spread of the Omicron variant should lead to an easing of travel restrictions.

“The moment infections are spreading, there is no point in stopping entry from abroad,” he told Kan, Israel’s public broadcaster, according to The Times of Israel.

Other countries that will continue to be designated as “red” include the United Arab Emirates, Tanzania, Ethiopia, Mexico, Switzerland and Turkey. Canada, France and South Africa, where the Omicron variant was first detected and where the wave of infections caused by the variant has eased, have been removed from the list.