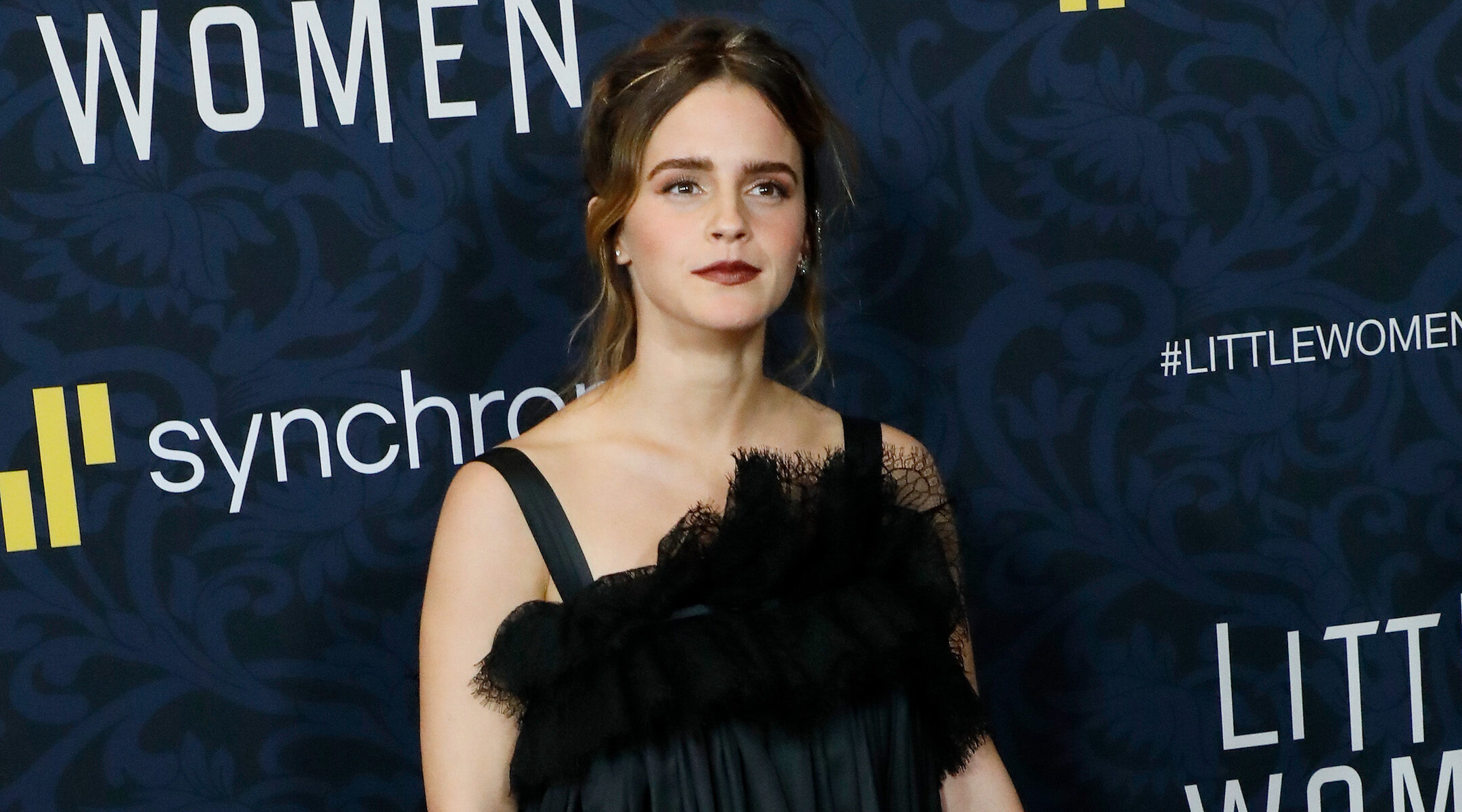 (JTA) — Gilad Erdan, Israel’s ambassador to the United Nations, had a message for the actress Emma Watson after an Instagram account in her name posted a message that was in apparent solidarity with Palestinians: It’ll take more than magic to solve the conflict.

“Fiction may work in Harry Potter but it does not work in reality,” Erdan said on Twitter Monday, attaching a screenshot of a post from Watson’s Instagram account. “If it did, the magic used in the wizarding world could eliminate the evils of Hamas (which oppresses women & seeks the annihilation of Israel) and the [Palestinian Authority] (which supports terror). I would be in favor of that!”

Watson is famous for her portrayal of Hermione Granger in the “Harry Potter” film series. She is also a goodwill ambassador for the United Nations.

The post that appeared Sunday on Watson’s page comprised a slogan superimposed over a photo from a pro-Palestinian protest in Chicago in May, when Israel and Hamas were in conflict, and a quote unrelated to the Israeli-Palestinian conflict attributed to Sara Ahmed, an Australian feminist theorist.

The slogan, which dominates much of the picture, reads “Solidarity is a verb,” and the passage attributed to Ahmed analyzes the meaning of “solidarity.” Visible behind the slogan are protesters bearing banners that read “Free Palestine” and “U.S. & Israel — Hands off Jerusalem.”

The post notes that it is a repost of a graphic and text originally shared by the Bad Activist Collective. The original post in May noted that the photo was from a pro-Palestinian protest. Watson’s post does not include that information.

It’s not clear however if Watson posted or approved the message or if the person who posted the message was endorsing its pro-Palestinian associations; Watson recently indicated that she has handed over control of at least part of the account to a left-wing activist group, and her Instagram profile bio reads, “Emma’s official Instagram has been taken over by an anonymous Feminist Collective.”

Watson’s account was dormant for over a year until last October, when its main page included a link to information about the recent U.N. climate change conference in Glasgow, where Watson played a lead role.

Most of the account’s posts since October have had to do with climate change activism and feminism, although a handful are written in the first person, ostensibly by Watson, and three promote the “Harry Potter” 20th anniversary special that debuted New Year’s Day on HBO Max.