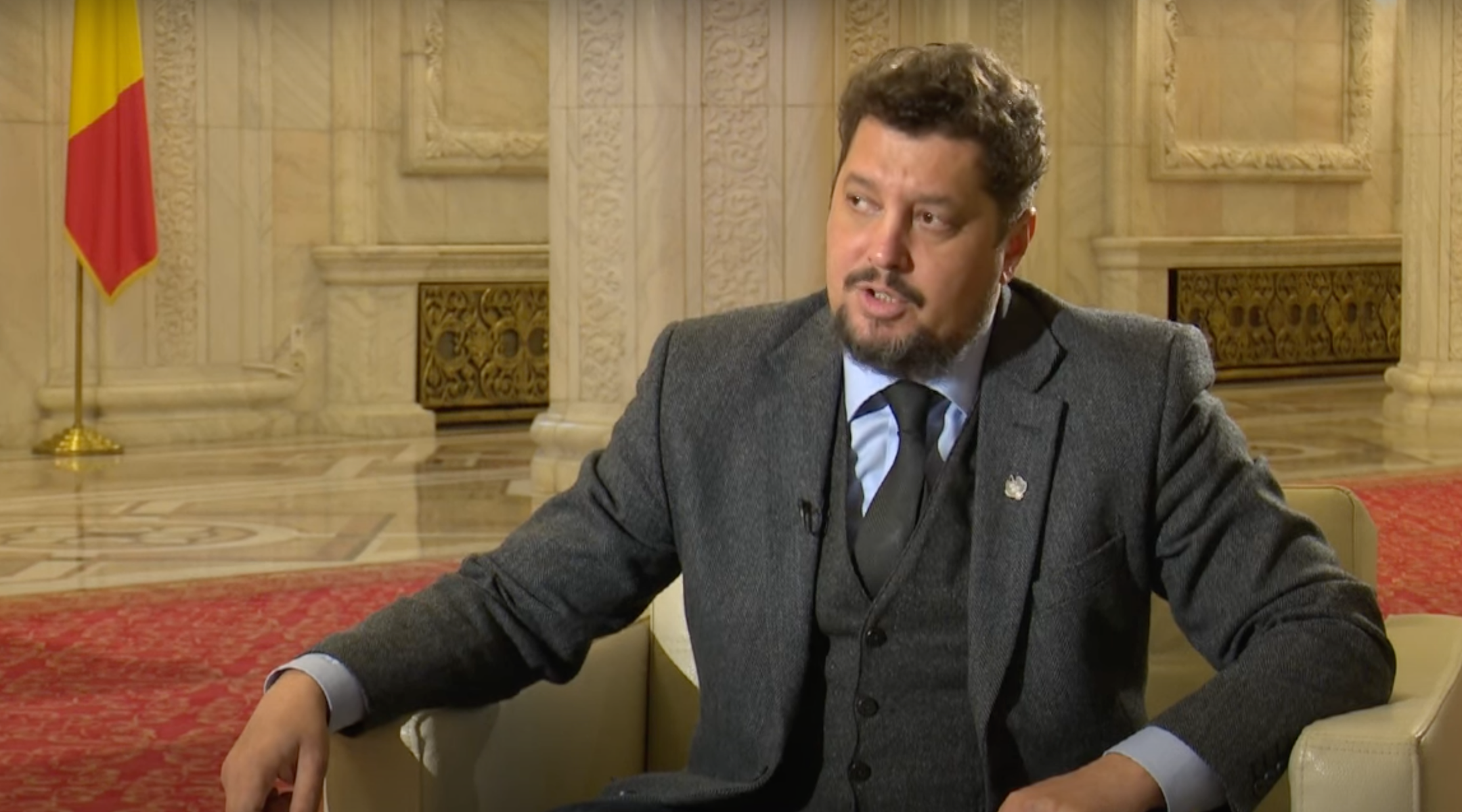 Claudiu Tarziu is a leader of the Romanian AUR party. (Screenshot from YouTube)
Advertisement

BUCHAREST (JTA) — A right-wing political party has caused a stir in Romania for calling Holocaust education, which was recently mandated in high schools there, a “minor topic.”

The populist Alliance for the Union of Romanians party, or AUR, issued a statement Monday accusing the the government of relegating “fundamental subjects” such as “exact sciences, Romanian language and literature and national history” in favor of “minor topics,” such as “sexual education” and “history of the Holocaust.”

Through this, the government is trying “to undermine the quality of the education system in Romania,” the statement read.

Speaking to RFI Romania, the government’s special representative for combating antisemitism, Alexandru Muraru, hinted at the possibility of outlawing AUR, calling the party “a threat to Romania’s constitutional order.”

The Elie Wiesel Institute for the Study of the Holocaust in Romania also condemned AUR, accusing its leaders of hiding “behind parliamentary immunity” to avoid being prosecuted for the statement.

“We are Christians, so we can’t be antisemites,” wrote Tarziu, who denied calling the Holocaust a “minor topic.” The senator acknowledged the “sinister horrors” inflicted on Jews by “the Nazi regime,” but fell short in mentioning Romania’s responsibility in the mass murder.

According to official Romanian statistics, between 280,000 and 380,000 Jews were murdered or died in territories under Romanian administration during World War II.

AUR shocked most of the country by winning 9% of the national elections vote in December 2020, entering parliament for the first time. Some of its leaders have defended the record of historical figures who served in the regime of Romanian dictator Ion Antonescu — an ally of Hitler — or were part of the fiercely antisemitic Iron Guard, a revolutionary fascist movement.