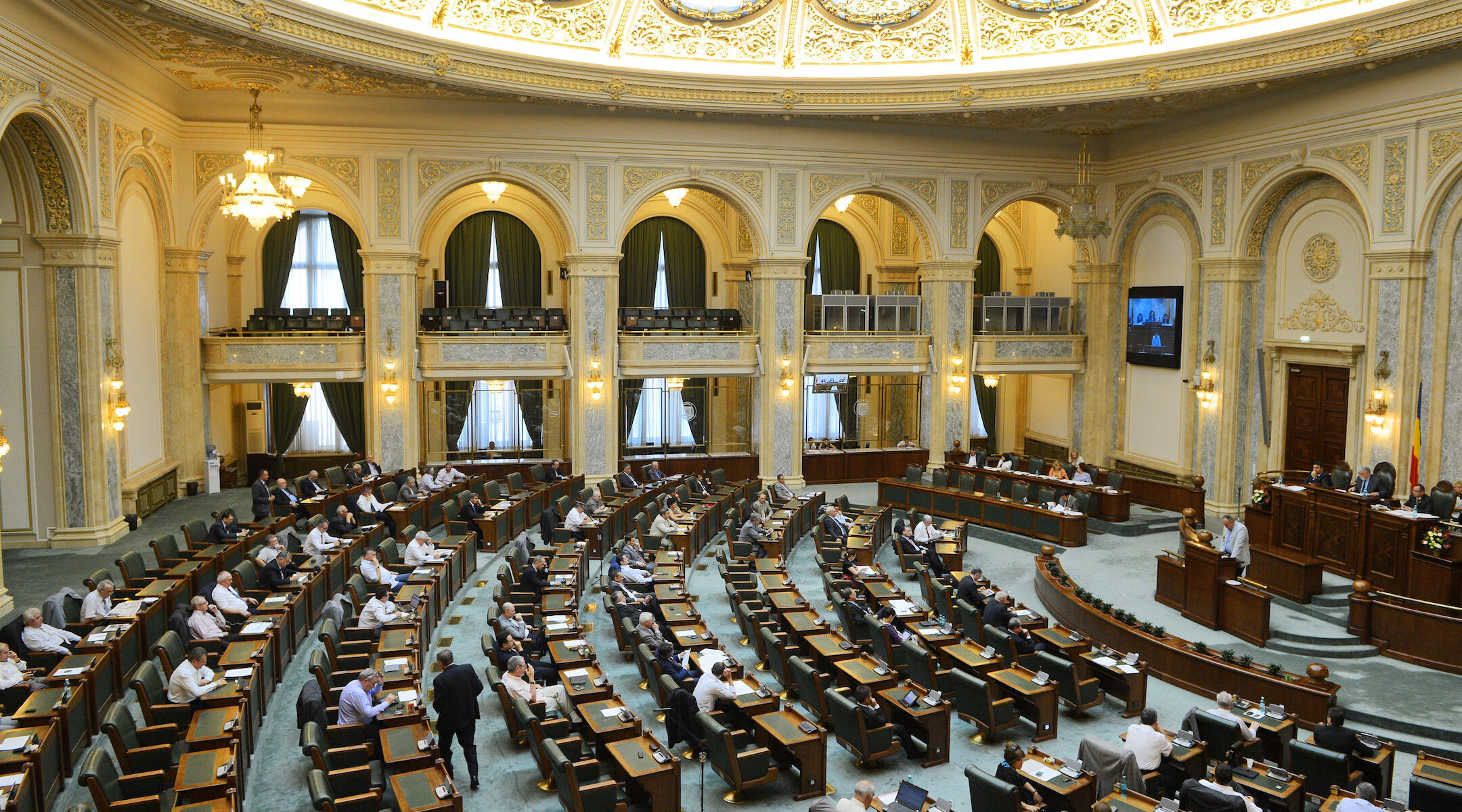 A view of the Romanian Senate in 2012. (Daniel Mihailescu/AFP/GettyImages)
Advertisement

BUCHAREST, Romania (JTA) — The Romanian Senate has adopted a law that makes it mandatory for all high schools and vocational schools in the country to teach a specific subject on the history of the Holocaust and the Jewish people.

The law that passed on Monday stipulates that the course will be taught starting in 2023. Its contents will be decided by the country’s education ministry in collaboration with the Elie Wiesel Institute for the Study of the Holocaust in Romania.

In the words of Jewish lawmaker Silviu Vexler, who championed the law, the initiative aims at “countering intolerance and extremism” among youth.

The center-right National Liberal Party and the Social Democrats voted in favor of the law, together with the centrist alliance USR PLUS and the Democratic Union of Hungarians in Romania.

The law, which was previously passed by Romania’s lower chamber, was supported by 107 senators, while 13 legislators voted against it and one abstained.

It was opposed by the populist right wing Alliance for the Union of the Romanians, or AUR, a nationalist party which received 9% of the vote in its debut in a general election last December and is now the fourth largest party in the country’s legislature.

AUR lawmaker Claudiu Tarziu deemed the law unnecessary as he claimed Romania hasn’t seen a single “serious antisemitic case” in the past 20 years. Tarziu said the law was “in contradiction” with Romanian and European Union laws as well as with “common sense,” as it discriminates against “our fellow citizens who belong to other minorities.”

According to official statistics included in a report by the Elie Wiesel Institute, a total of 27 antisemitic incidents were reported to authorities in 2020. A number of Jewish cemeteries have been vandalized in recent years.

Romanian Jewish actress Maia Morgenstern — who made international headlines for her role as the Virgin Mary in Mel Gibson’s “The Passion of Christ” — last March received death threats by an individual who said he would “throw her into a gas chamber.” Antisemitic messages are also rife in nationalist fringe press both online and in print, and historical interpretations of the Holocaust that downplay the role of Romania have been touted by local historians and university professors.

According to the Elie Wiesel Institute, between 280,000 and 380,000 Romanian and Ukrainian Jews were murdered in territories under Romanian administration during World War II.