What Jon Stewart Got Right About Those ‘Harry Potter’ Goblins 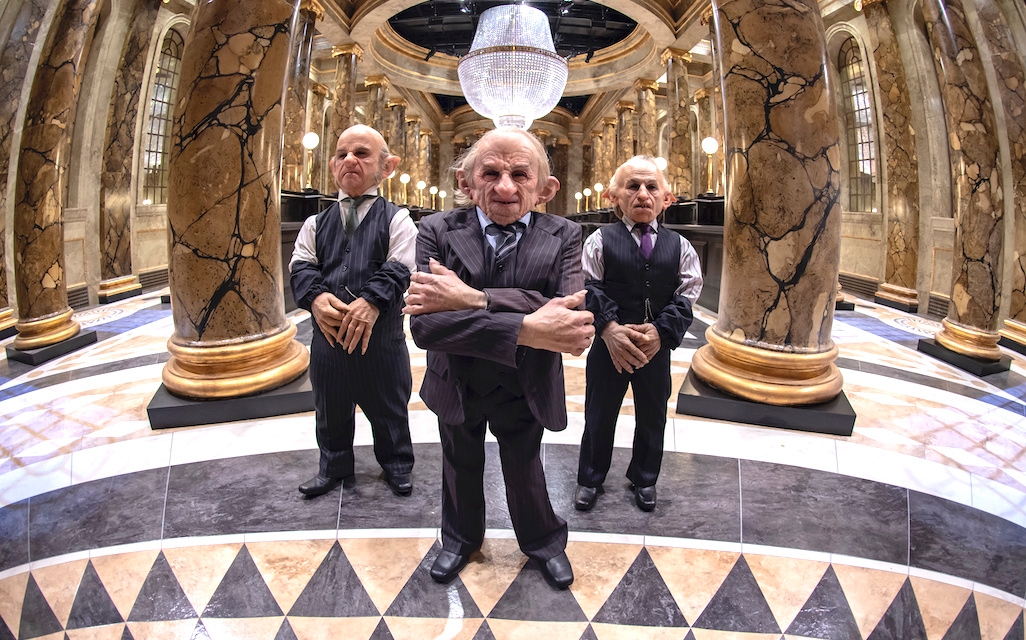 (JTA) — In elementary school I starred in “The Christmas That Almost Wasn’t,” a play based on a 1966 movie based on a book by the children’s entertainer Paul Tripp.

I played Sam Whipple, a lawyer who teams up with Santa Claus after an evil landlord — a Dickensian villain named Phineas T. Prune — jacks up Santa’s rent and threatens to evict his elves. To save Christmas, Sam and Santa take jobs at a department store. Prune promptly buys the store and then docks their pay.

Christmas is saved when children collect enough money to pay the rent. Prune’s icy heart melts Scrooge-style when the kids give him the toy boat he coveted as a child.

At the time no one thought it unusual for a public elementary school on Long Island to put on a Christmas play. I certainly didn’t have qualms as a Jewish kid about appearing in a play that seemed to dip into some very cringe-inducing cultural archetypes about innocent Christians and money-grubbing landlords.

I doubt Tripp or the movie’s director, Rossano Brazzi, set out to make an allegory about the victory of Christian charity over Jewish avarice. But as a wise man recently said, “some tropes are so embedded in society that they’re basically invisible even in a considered process like moviemaking.”

That wise man was Jon Stewart. In a recent podcast he noted quite reasonably that the goblin characters in the “Harry Potter” movies resembled antisemitic caricatures: secretive hook-nosed bankers rubbing their gnarled hands over piles of gold.

In those remarks he appeared to implicate the author of the Potter books, J.K. Rowling. “It was one of those things where I saw it on the screen and I was expecting the crowd to be like ‘holy shit, she did not in a wizarding world just throw Jews in there to run the f—ing underground bank,’” he said.

After several media outlets suggested that Stewart was calling Rowling an antisemite, he responded testily in a follow-up video.

“I do not think J.K. Rowling is antisemitic,” Stewart says in the video, adding, “There is no reasonable person that could’ve watched it [the podcast] and not seen it as a lighthearted conversation.”

Lighthearted, maybe, but that doesn’t mean he wasn’t making a serious point. Stewart wasn’t the first to note that the goblin characters in the Potter books and films seem to draw on antisemitic caricatures. Others have also pointed out that Rowling’s depictions may well have been unconscious. As a critic a wrote in 2019, “it’s likely that a lot of the goblins’ more anti-Semitic features are actually related to older fantasy fare surrounding bankers. It just so happens that those were probably inspired by anti-Jewish propaganda.”

It’s not just Rowling repurposing ugly stereotypes for the fantasy audience. “The Christmas that Almost Wasn’t” appears to recycle some of the plot and imagery of the Laurel and Hardy classic “Babes in Toyland” (aka “The March of the Wooden Soldiers”). In that 1934 musical, set in a land of fairy tales, a bearded, black-coated landlord (hello!) named Silas Barnaby threatens to evict The Old Lady Who Lives in a Shoe unless the blonde, innocent Bo-Peep agrees to marry him. (This movie, which ran every year at Christmas, scared the hell out of me when I was kid. Maybe subconsciously I was reacting to what today looks like a musical-comedy version of “Jew Süss,” the infamous Nazi propaganda film.)

Critics couldn’t ignore the ethnic stereotypes in “The Phantom Menace,” the 1999 Star Wars film. Many focused on Watto, the hook-nosed junk shop owner who declares — in a Yiddish accent, no less! — “Mind tricks don’t-a work on-a me. Only money.”

In 1992, two then-students at Columbia University, Rebecca Roiphe and Daniel Cooper, wrote what I remember as a very convincing exegesis on the antisemitic tropes in Tim Burton’s “Batman Returns.” Its villain, The Penguin, is depicted as “a Jew, down to his hooked nose, pale face and lust for herring.” An anti-Christ figure born on Christmas Day, the character is given a Mosaic backstory and plots a plague-like genocide of Gotham’s first-born sons. The biblical tropes woven into the plot, the authors write, “betray a hidden conflict between gentile and Jew.”

Like Stewart, Roiphe and Cooper allow that “the Judeo-Christian tradition provides many of our myths,” suggesting Burton likely drew on these myths unconsciously. Sometimes a penguin is just a penguin. But so much of Western art and culture is a recycling, conscious or unconscious, of traditional narratives, whether from the Bible or “The Odyssey” or the Norse myths. The Christian narrative just so happens to demand a “Jew” to serve as the ultimate foil to a Christ-like protagonist. It would just be nice if he didn’t look like a drawing out of Der Sturmer.

The persistence of Western myths doesn’t absolve the artist of the responsibility to recognize the archetypes, and decide which ones are worth saving and which deserve to be discarded. The Superman myth, for example, created by two Jews, takes a biblical narrative — an engendered child sent to live among strangers, where he shows powers that he uses to fight for justice — and finds a positive use for it.

And if artists need a motivation, consider this: Archetypes are tempting, but they are also lazy. Instead of plugging into an audience’s preconceived notions of good and evil, or us and them, the best art challenges or undermines the past. There are plenty of new stories to be told.