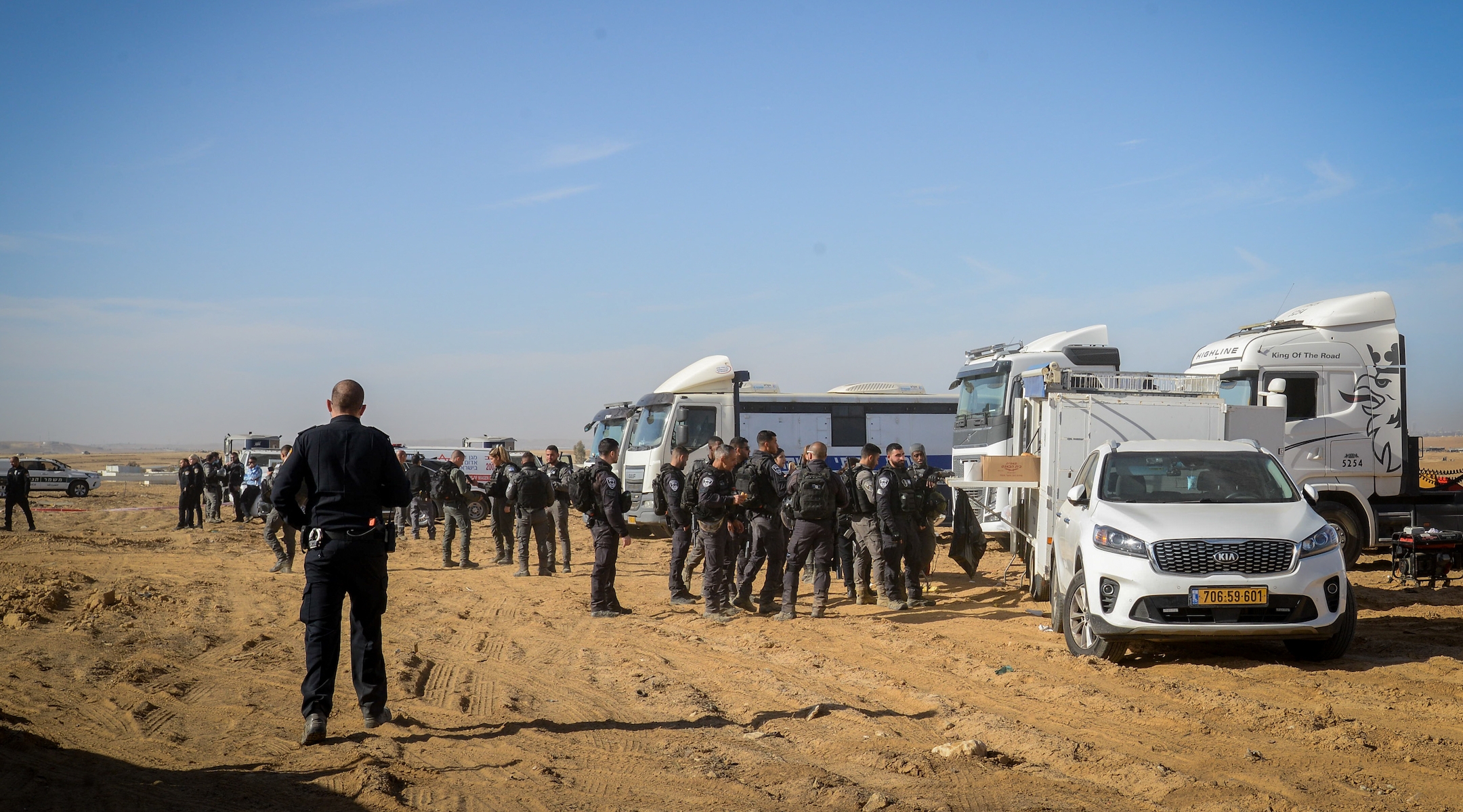 (JTA) — Members of one of Israel’s Arab political parties are vowing to boycott Knesset proceedings, and thus threatening the coalition that governs by a slim majority, over what they see as an attack on their constituents among the Bedouin Arabs of Israel’s Negev region.

That offensive has come in the form of forestation efforts by the Jewish National Fund, a quasi-governmental organization that develop Israel’s land and nature and which is famous for planting trees across the country.

The organization has been planting trees in the southern part of the country, which is mostly desert, on land that the Bedouins claim as theirs. Because the lifestyle of the Bedouin tribes centers around farming and grazing livestock on open land, the forestation attempts threaten to limit the land available to their herds and farming, and thus their livelihood. The forestation initiative has led to protests as well as violent confrontations between protesters and police in recent weeks.

According to the Times of Israel, Israeli Welfare Minister Meir Cohen temporarily shut down the forestation machinery on Wednesday and reportedly set up emergency negotiation talks with the leadership of Ra’am — or the United Arab List, one of the Arab parties that make up some of the 61 votes needed for the governing coalition.

On Wednesday, a temporary agreement was reached amid the spiraling crisis, and the planting was to be halted while all involved would enter negotiations.

“As part of this work, they have destroyed tin homes of those living in the area and planted the land with trees — all so as to take over the land,” Yaqoub Dreijat, a local leader, told The Times of Israel.

The voting constituencies of Ra’am, or the United Arab List, one of the Arab parties that make up some of the 61 votes needed for the governing coalition, are heavily concentrated among Bedouins in the south.

“We will not vote with the coalition until the plantings in the south are stopped,” Mansour Abbas told Israel’s Channel 12 news, according to The Times of Israel.