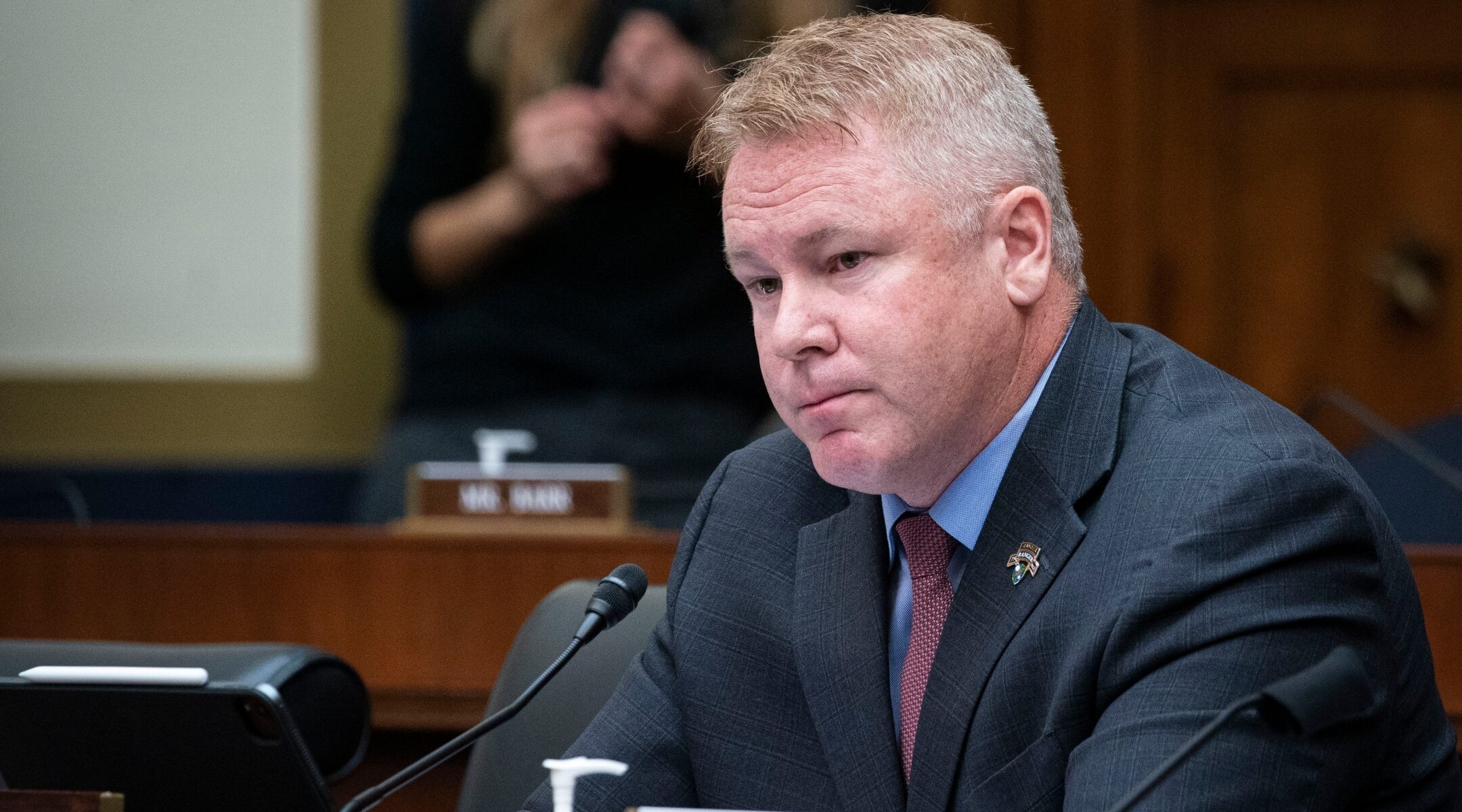 WASHINGTON (JTA) — Warren Davidson, a Republican Congressman from Ohio, posted a photo of a Nazi-era health pass and compared Washington, D.C.’s vaccine mandate to the Nazis’ dehumanization of Jews in urging local residents not to comply.

Jewish groups and Jewish Democrats blasted Davidson for the comparison, which appeared in a tweet commenting on new vaccine instructions shared by Washington Mayor Muriel Bowser.

“This has been done before,” Davidson said Wednesday on Twitter, posting a Nazi-era health pass that appears to be from a website selling Nazi memorabilia and has been circulating on the internet among anti-vaccine activists. He added the hashtag “#DoNotComply.”

Starting Saturday, anyone 12 and older will need to show proof of at least one vaccine shot before entering D.C. restaurants and other indoor venues.

“Let’s recall that the Nazis dehumanized Jewish people before segregating them, segregated them before imprisoning them, imprisoned them before enslaving them, and enslaved them before massacring them,” Davidson tweeted.

Davidson was the latest Republican to liken vaccine mandates and public health measures to Nazi-era regulations, a practice condemned by Jewish and Holocaust remembrance groups.

“In what is becoming a disturbing trend, @WarrenDavidson is the latest elected official to exploit the Holocaust by making immoral and offensive comparisons between vaccine mandates and this dark period of history,” the American Jewish Committee said on Twitter. “Congressman, you must remove this shameful post and apologize.’

Ohio State Rep. Casey Weinstein, a Democrat in that state legislature’s Jewish caucus, pleaded with Davidson to retract the tweet. “Congressman, a vaccine requirement meant to PROTECT lives is NOT the same thing as the systematic GENOCIDAL MURDER of 6,000,000 Jews,” he said on Twitter.