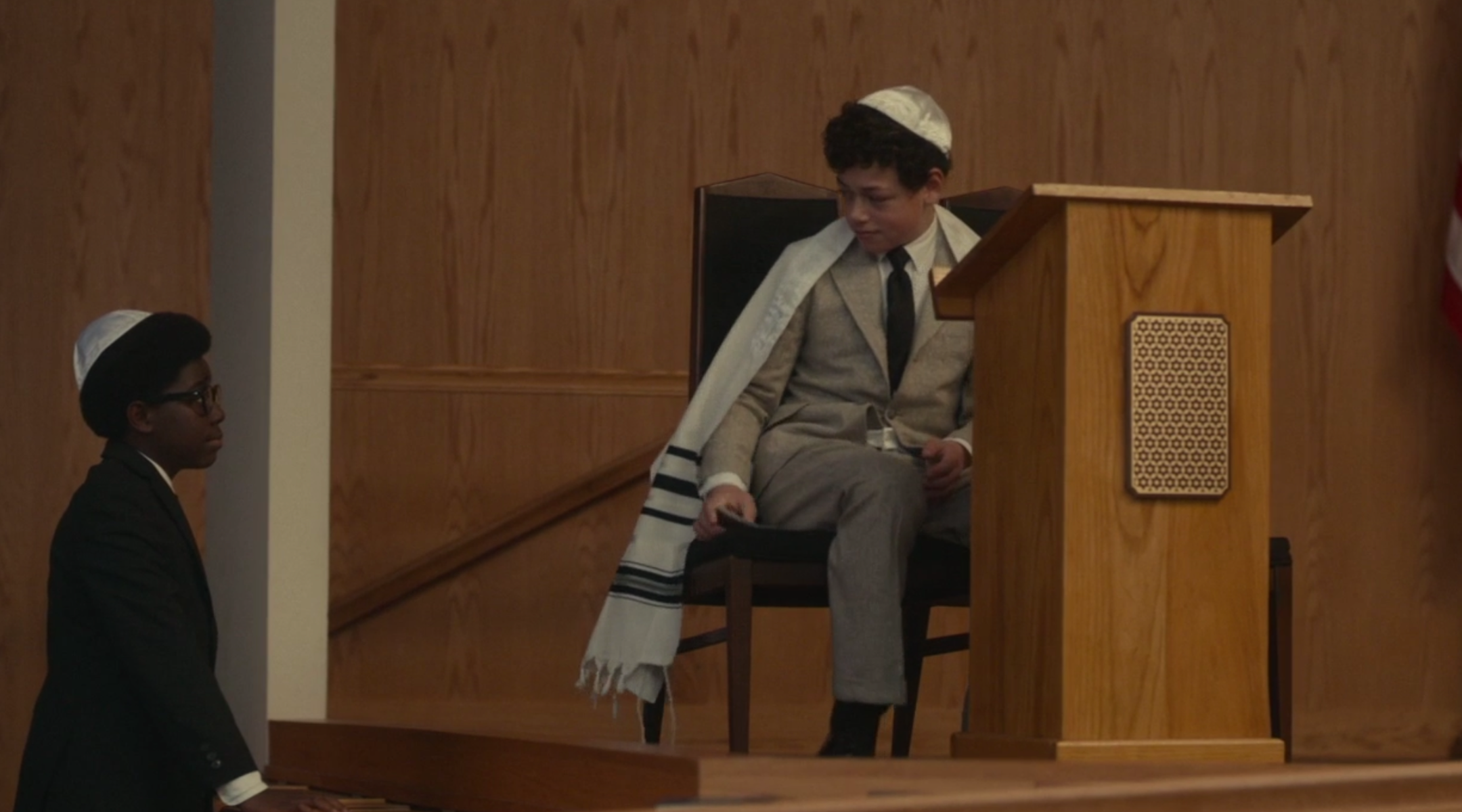 (JTA) — Paul Pfeiffer’s bar mitzvah made Jewish television history when “The Wonder Years” devoted an episode to it in 1989.

Pfeiffer, played by a Jewish actor named Josh Saviano, was the best friend of the show’s main character, Kevin Arnold, also played by a Jewish actor — Fred Savage — but who was not Jewish on the show. The episode focused on Kevin’s jealousy as Paul’s big day crowds out his own birthday, but for Jewish viewers, the bar mitzvah offered a dose of meaningful representation, including a realistic depiction of a Shabbat service.

Now, 33 years later, a revamped version of “The Wonder Years” that showcases the contemporaneous experience of a different tween as he comes of age in 1968 Montgomery, Alabama, has served up a new on-screen depiction of Judaism’s coming-of-age ritual.

The main character of the reboot, Dean Williams, is Black, and much of the show focuses on his experience as one of just a few Black students at his junior high school at a time of great turmoil over integration in the United States. That gives him insight into the psyche of his best friend, a Jewish boy named Brad.

“Even though he looked white, people saw him differently, too,” Williams says early in the episode that aired Wednesday night, as a classmate throws a penny at Brad in an antisemitic gesture.

“At 12 I didn’t understand the complexity and hate behind the joke,” Williams continues. “I just knew they were targeting Brad because he was Jewish.”

Later that day, Brad demurs when Dean and their friend invited him to a comic book store: He has to go to Hebrew school, because his bar mitzvah is coming up.

Brad isn’t excited. “I’ve got to learn to sing my whole bar mitzvah parasha, and then write a whole speech about it. And it’s not one of those cool portions about locusts or boils either. It’s about a father giving his son advice from his deathbed,” he says. “Imagine singing something in a language you barely know in front of people you barely know.”

Dean answers, “Sounds brutal,” before offering to help with the speech. “Thanks! Now I can focus on the best part of having a bar mitzvah: throwing the party!” Brad responds.

The actor who plays Brad, Julian Lerner, is Jewish, and he told TV Fanatic that he was proud to represent his culture in the show.

“I am Jewish, so I am well versed in Judaism,” he said. “My great-grandparents are Holocaust survivors, and my grandmother was born in the woods during the war. To share Jewish life in this episode means a great deal to my family and me.”

“Brad Mitzvah,” which aired Wednesday night, was directed by Savage. He connected Lerner with his own children’s Hebrew teacher as part of the preparation, while the writer of the episode, Yael Galena, drew on her own bat mitzvah experience in crafting the episode, Lerner and showrunner Saladin Patterson told TV Insider.

The episode delivers an extended reflection on race, religion and inclusion. When Dean and his parents discuss his invitation to the bar mitzvah, his mother emphasizes how welcoming Brad and his family are to invite Dean and his sister.

“A bar mitzvah means a lot to a young Jewish boy, and it says a lot about Brad to include everybody,” she says.

Dean’s father is more circumspect, warning that some people who are present may not be happy to see Black guests — much the way, he says, that Dean’s own grandfather sometimes speaks unkindly about white people. Dean’s sister, on the other hand, is hung up on the fact that she is being made to chaperone her brother.

On the day of, she warns, “I don’t want you talking to me or looking at me or breathing on me. I don’t even want people to know we’re related.”

Much of the plot revolves around Dean’s new girlfriend and how he treats her and his friends as he navigates the terrain of preteen romance. That distracts him from supporting Brad as the big day approaches — though he comes through at the last minute, awkwardly making his way to the bimah to give Brad tips about managing his anxiety.

That empowers Brad to deliver a moving speech about a rabbinic teaching about how Jews have three names, the one they are given by their family (for him, Baruch), the one they use with their friends and the one they take on themselves.

It was that third one I was stuck on. I had to really think about who I was separate from who people wanted me to or who people were forcing me to be.

Being Jewish in Montgomery means feeling different all the time. I spend a lot of the time feeling embarrassed about being Jewish.

But I don’t want to feel that way anymore. So from now on, I’m not just going to stand by while people make fun of me or try to make me feel bad. Instead, I’m going to stand up for myself, for my people, and for what I believe is right.

I may not know what my third name is yet, but I do know who I am: a proud Jew from Alabama!

Laughter follows. So does some physical awkwardness for Brad, who had taken Dean’s advice to picture the congregation in their underwear.

Some elements of the episode strain belief — most notably, that a bar mitzvah guest list in 1968 Alabama would be so thoroughly integrated — but others ring true. The synagogue lobby, with its wood paneling and tallit rack, would be familiar to anyone who has ever walked into a mid-century synagogue in the United States. So are the tweens shoveling sweets — including Israeli flag cookies — onto their plates. (One guest can be seen stuffing food into his pockets.) And Brad’s triumphant, “Thank you, and Shabbat shalom!” at the end of his speech has been replicated countless times.

For Dean, the whole experience is one that — as happened to Kevin in the original episode — causes him to reflect on his friendship and his own behavior. He realizes that he and Brad have a great deal in common. He also realizes, sitting alone in the synagogue social hall as the rest of the guests dance a spirited hora, that he hasn’t been so kind to his friends.

“Luckily, I was able to lean into the part of Judaism that suited me in that moment: the suffering part,” Dean says. “Hmm. Maybe I had gained a better understanding of Brad’s cultural history.”

Dean goes on: “But watching Brad get lifted up on that chair, I realized that standing up for yourself and owning who you are can actually elevate you in the long run. Because even though I had lost so much that day, I gained something else: self-respect. And if that doesn’t make you a man, I don’t know what does.”