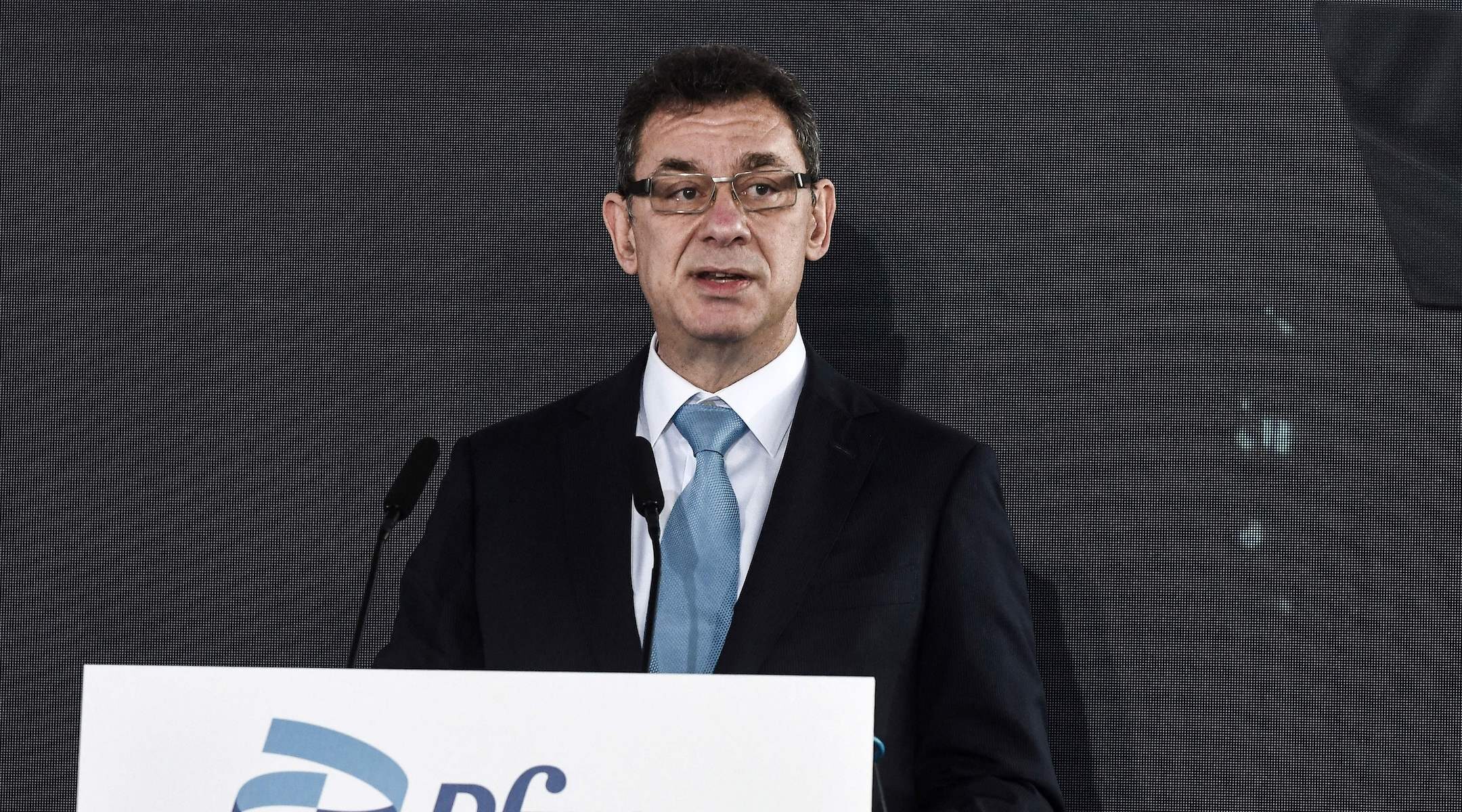 Pfizer CEO Albert Bourla delivers a speech during the inauguration ceremony of the companys new center for Digital Innovation and Business Operations and Services, in Thessaloniki, Oct. 12, 2021. (Sakis Mitrolidis/AFP via Getty Images)
Advertisement

(JTA) — Albert Bourla, the chief executive officer of Pfizer, was named the winner of the 2022 Genesis Prize, the award sometimes called the “Jewish Nobel,” and pledged his winnings to “projects aimed at preserving the memory of the victims of the Holocaust.”

The award, which “honors extraordinary individuals for their outstanding professional achievement, contribution to humanity, and commitment to Jewish values,” was announced early Wednesday morning. It will be presented by Israeli President Isaac Herzog at a ceremony in Jerusalem June 29.

The announcement noted Bourla’s work at Pfizer, which developed one of the first vaccines to protect against COVID-19. Bourla’s win was determined by an online vote in which 200,000 people participated, according to the announcement.

“I accept it humbly and on behalf of all my Pfizer colleagues who answered the urgent call of history these past two years and together bent the arc of our common destiny,” Bourla said in a statement. “I was brought up in a Jewish family who believed that each of us is only as strong as the bonds of our community; and that we are all called upon by God to repair the world. I look forward to being in Jerusalem to accept this honor in person, which symbolizes the triumph of science and a great hope for our future.”

The Genesis Prize comes with $1 million, and past recipients, including Steven Spielberg, Michael Douglas, Michael Bloomberg, Natalie Portman and Natan Sharansky, have donated the winnings to philanthropic causes.

Bourla is set to donate his prize money to Holocaust memorial initiatives “with a particular emphasis on the tragedy suffered by the Greek Jewish community.” Bourla’s parents, both from Greece, were both Holocaust survivors.

Launched in 2013 by a group of Russian-Jewish philanthropists that includes current foundation chairman Stan Polovets, the prize is financed through a permanent endowment of $100 million established by The Genesis Prize Foundation.