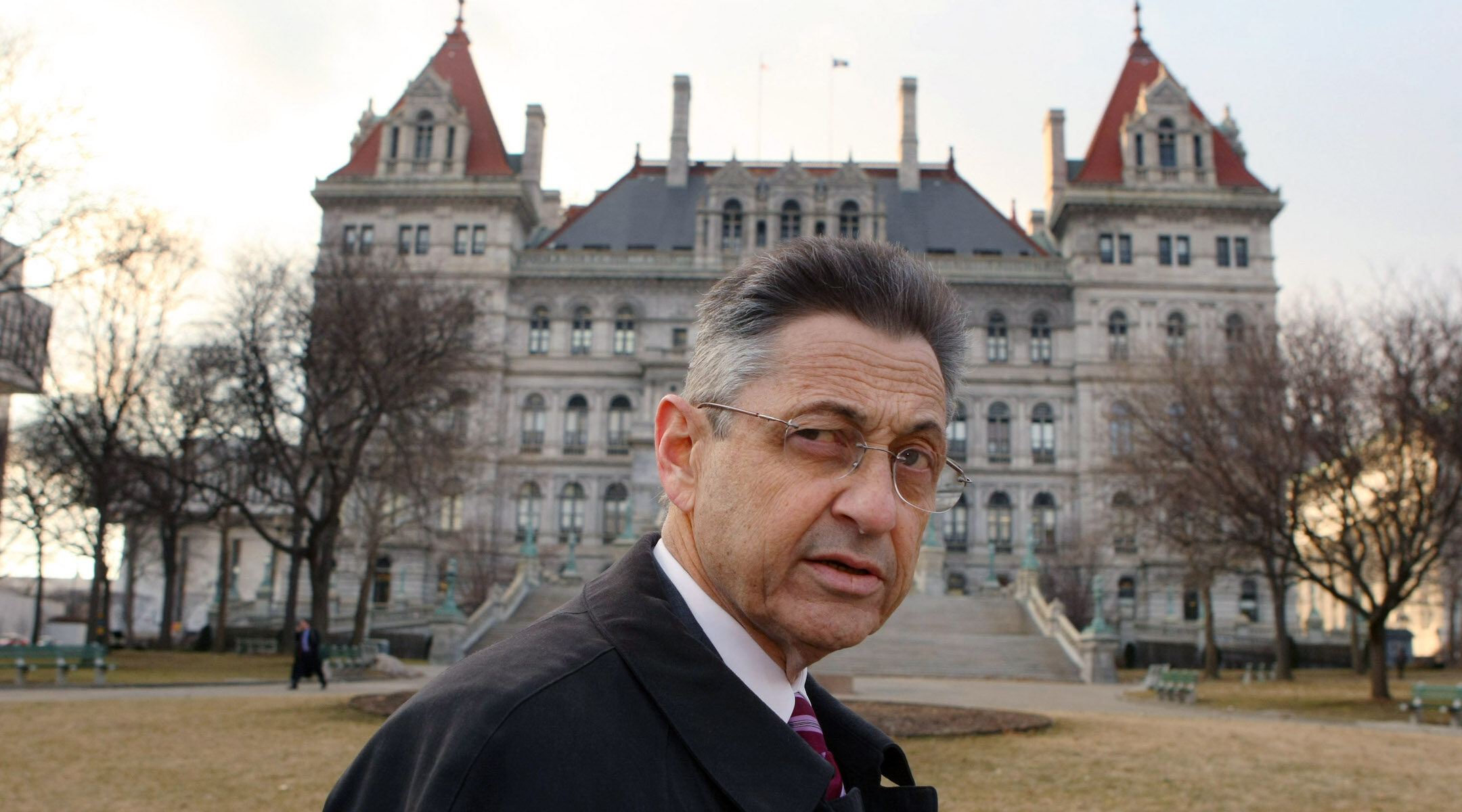 (New York Jewish Week via JTA) — Sheldon Silver, who for two decades wielded enormous power as the speaker of the New York State Assembly before being brought down by a corruption scandal, has died at 77.

An Orthodox Jew and Democrat who represented New York’s Lower East Side, Silver died at Otisville Correctional Facility in upstate New York, where he had been serving a 6 1/2-year sentence on federal corruption charges. Reports said he had been treated for cancer and recently had back surgery at a federal prison hospital in Massachusetts.

Before relinquishing the gavel in 2015, Silver was one of the most influential political leaders in the state, using the power of his office to guide legislation and stall opposition even when, for 12 years, Republican George Pataki was governor and Republicans held a majority in the state Senate.

Silver’s arrest and conviction sent shock waves through New York’s Jewish establishment, where he was well-known and generally highly regarded. Silver received an honorary degree from Yeshiva University, where he obtained his bachelor’s degree in 1965. He also was honored in the past by Jewish federations, feted by the Council of Jewish Organizations of Flatbush and was a mainstay of New York legislative missions to Israel.

Silver was also a fixture on the basketball court at the Educational Alliance, the downtown community center, where the otherwise button-downed power broker was known for having a nice shot.

Silver was first elected to the Legislature’s lower house in 1976, and became speaker in 1994. According to Newsday, Silver was praised by liberal Democrats for his legislative wins on issues like record school aid increases, expanding pre-kindergarten and civil rights legislation. He worked with Pataki and the Senate to fund the renewal of lower Manhattan after the Sept. 11 attacks on the World Trade Center, which was in his district.

For most of his tenure, Silver controlled the purse strings that doled out up to $85 million in annual spending for Assembly members’ districts (a power curtailed starting in 2010). As speaker, he could help members by shepherding their bills quickly to a vote, or punish dissenters by letting their bills languish.

Silver also helped causes he cared about. In 2010, he green-lighted a $445,000 capital grant to Hatzalah, the Orthodox volunteer ambulance corps, for a new communications center, even as the state grappled with a massive budget deficit.

Last year, Silver was briefly on track to serve the remainder of his sentence under confinement in his home on the Lower East Side. However, the Manhattan federal prosecutor’s office vigorously opposed Silver’s release, as did some lawmakers, while others called for compassion. He was returned to prison.

With reporting by Adam Dickter