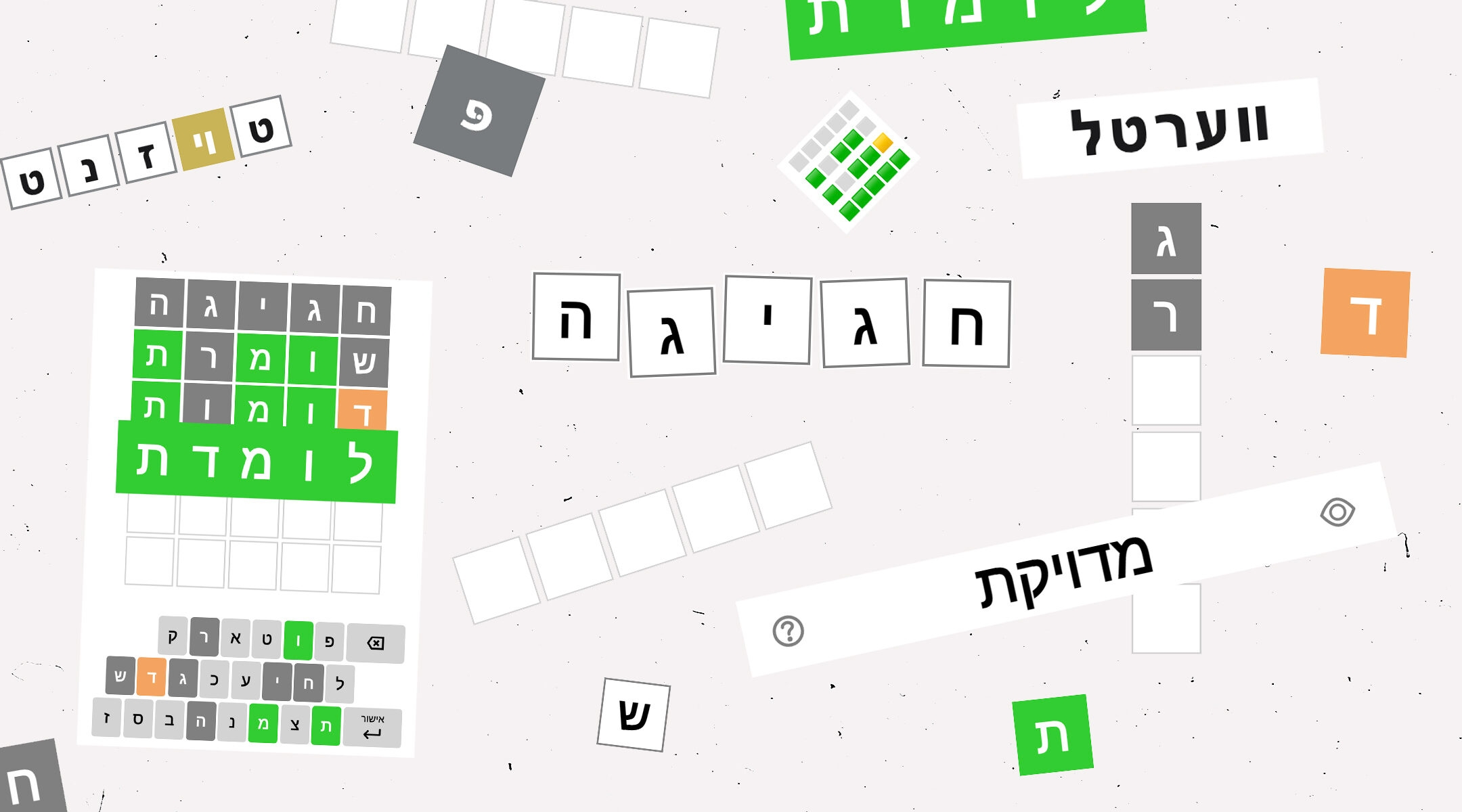 Many of the more than 2 million people who have taken to playing the Wordle word game online have been posting their results, either boasting of their victories or lamenting how they’ve been stumped. The suddenly and wildly popular game, an invention of Brooklyn-based software designer Josh Wardle, asks players to guess a five-letter word based on codebreakers’ strategy.

Inevitably, imitations and parodies have popped up, from Sweardle, which asks you to guess the swear word of the day, to Absurdle, a contrarian version that changes the word with every guess so as to trip you up. French, German and Italian versions are available.

Now developers have contributed Yiddish and Hebrew versions — but not before solving a few problems unique to those languages.

“One question I struggled with from early on is which words to choose for the word of the day. Hebrew has many prefixes and suffixes, and words that have a lot of them are kind of unfair to the player,” explained Israel-based mathematician and software developer Amir Livne Bar-on, who is behind the Hebrew version he calls Meduyeket — Hebrew for “exactly.”

Bar-on also decided to eliminate the sofit, or “final,” form of certain Hebrew letters that change at the end of a word. Users complained to Bar-on that the sofits were confusing, and so he removed them, with the current keyboard now numbering 22 letters instead of 27.

Other challenges? “Words in Hebrew are morphologically denser – they have fewer vowel letters, diphthongs, doubled letters and other redundancies,” Bar-on explains.

By day, Bar-on creates algorithms for public transit optimization, working on projects like Meduyeket in his spare time. He notes that the word game is his first Hebrew venture, with all others being mathematical – like a wallpaper for your computer screen whose design changes every time it reappears.

“Vertle,” a Yiddish Wordle, had the potential of being as confounding as the Hebrew version: Yiddish is also written in Hebrew script, with historical and regional variations in the ways characters can be used as either vowels or consonants.

Jamie Conway, a programmer and mathematician at the University of California, Berkeley, tried to avoid any orthographical dilemmas by using the Standard Yiddish Orthography adopted by the YIVO Institute for Jewish Research. Vertle’s 35-letter keyboard does away with certain letter combinations that are not used by YIVO.

Conway, who has designed the typesetting for the Yiddish translation of the Harry Potter books as well as the “Comprehensive English-Yiddish Dictionary,” initiated the project simply because he could. (Conway married into a family of Yiddishists, including Harry Potter translator Arun Viswanath, and is raising his children in Yiddish.)

“Many Yiddishists have the same thought throughout their day: ‘If I can have this in English, why can’t I have it in Yiddish too?’” he said. “I was enjoying Wordle in English, and I thought: ‘Why not in Yiddish?’”

Bar-on’s inspiration was different: He programmed the game so that Hebrew speakers could participate in the craze in their native language. “I decided to translate Wordle into Hebrew to accommodate myself and other Hebrew speakers that are not well-versed in the English vocabulary.”

And it’s clear that many appreciate his effort. Meduyeket debuted on Jan. 15 and is already visited by thousands of daily users, according to Bar-on. Most are from Israel, but American users also access the game – and to Bar-on’s delight, most return to play again on the following day.

“I’ve been getting a lot of positive responses on social media, and several acquaintances that said it gave them a break from the quarantine routine, which warms my heart,” he said. “But the response I enjoyed the most was seeing that most visitors are not coming from big social media platforms but by learning about the game from friends, family, coworkers or teachers and trying it out.”