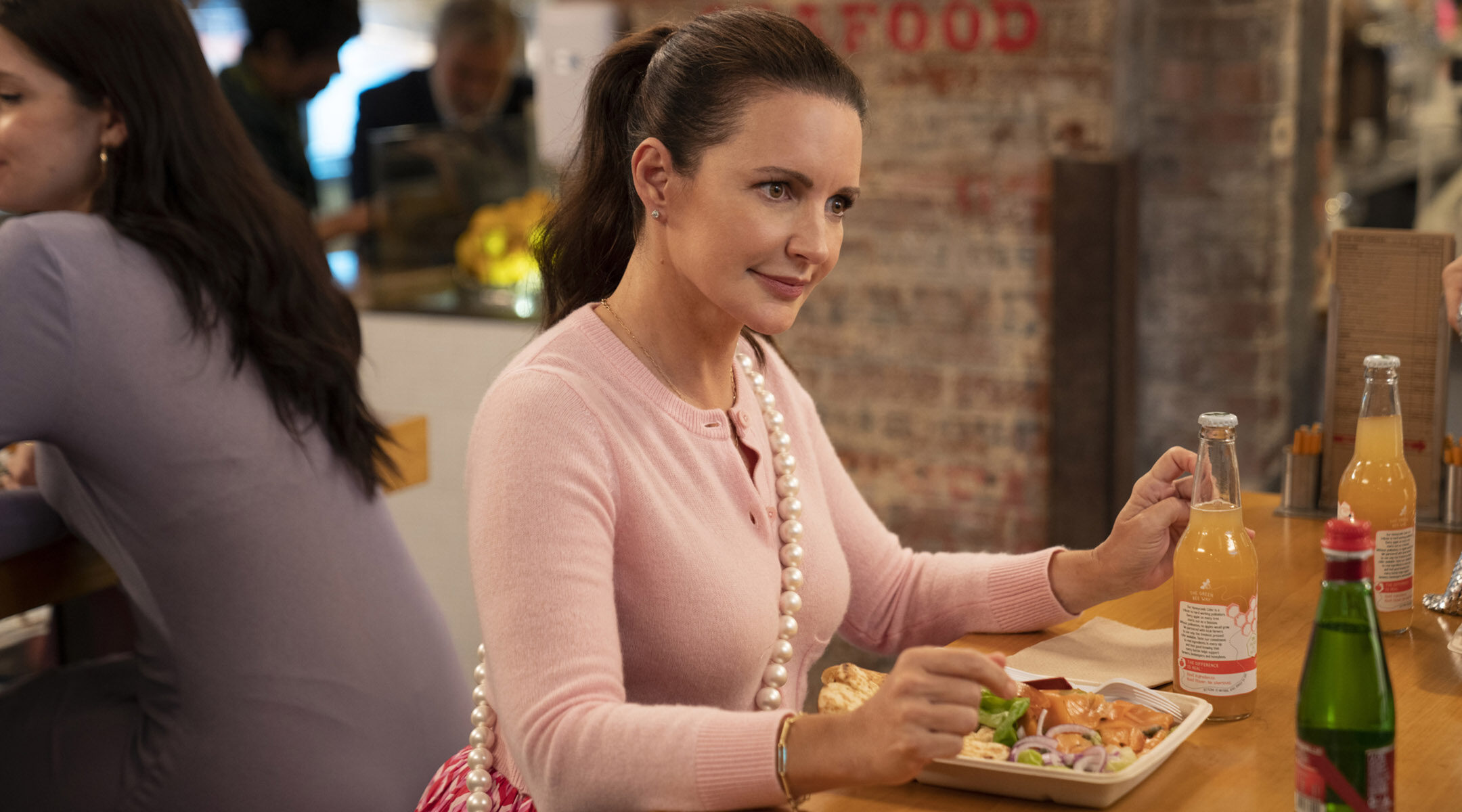 Kristin Davis reprises the role of Charlotte in "And Just Like That..." (Craig Blankenhorn /HBO Max)
Advertisement

(JTA) — Longtime fans of “Sex and the City” have been less than enamored with “And Just Like That…,” the sequel series that has been airing on HBO Max since late last year. Common critiques include everything from the absence of original cast member Kim Cattrall to forced attempts at discussing modern social justice mores.

Many fans added another complaint to their list on Thursday: the inclusion of a bizarre and questionably-timed Holocaust-themed joke.

Spoilers ahead, for those who have yet to watch the episode: Anthony (Mario Cantone), who recently split with his husband Stanford (the late Willie Garson), tells Charlotte (Kristin Davis) that he’s bringing a date, Justin (Matthew Wilkas), to her Shabbat family dinner that Friday. Justin is a man Anthony is excited about, in part because “he’s sexy, smart, always reading — he’s read everything that’s ever been published.”

But when they arrive at the dinner at Charlotte’s home, Charlotte mentions a challah. Justin asks if it’s a “Jewish dinner,” and then blurts out, “you know the Holocaust is a hoax, right?” Anthony immediately reacts by shouting “Get out!”

This particular plot construction — one of the characters having a promising romantic prospect, only to be disappointed by the shocking reveal that the man has something very wrong with him — was a staple of the original “Sex and the City” series.

#AndJustLikeThat I can’t believe they allowed the scene where Anthony’s date said “the Holocaust is a hoax”. You’d think after 23 years the writers would know what ISN’T appropriate. Especially considering in Australia it’s International Holocaust Remembrance Day

In The New York Times’ online recap of the episode, writer Ali Trachta said the moment, intended to show that Holocaust denial should be a relationship deal-breaker, was flat-out unrealistic.

“It’s hard to imagine that fringe conspiracy theory would be 1) embraced by and 2) brought up by any member of a marginalized community in a Jewish home in the middle of Manhattan in 2022,” she wrote.

But Trachta did add that she’s planning to make it a regular practice to post a gif of Anthony yelling “Get out!” And not everyone hated the joke.

Anthony’s reaction to his date’s holocaust comment is the best thing. Love him even more #AndJustLikeThat pic.twitter.com/ynFASnjlqK

This is far from Charlotte’s first run-in with Jewish humor. One of the core four of the “Sex and the City” cast, she is a Connecticut WASP who converts to Judaism during the original series in order to marry lawyer Harry Goldenblatt (Evan Handler). In the new series, it’s clear that the family is still practicing Judaism — at one point in this week’s episode, Charlotte chides her husband for forgetting to take a challah out of the oven. Harry is later shown struggling to eat the burnt Sabbath bread.

And in the same episode, Charlotte’s child Rock, who had come out earlier in the season as nonbinary, struggles with the concept of having a bat mitzvah.

“That’s why you’re having a ‘they mitzvah,’” Charlotte says in one scene.

With one episode remaining in the season, viewers may see that next week.

In another Jewish tidbit, last week’s episode featured the character of Seema (Sarita Choudhury) reading Taffy Brodesser-Akner’s very Jewish 2019 novel “Fleischman is in Trouble.” That book is itself being adapted for a limited series on FX.

Brodesser-Akner expressed her excitement about the scene on Twitter.