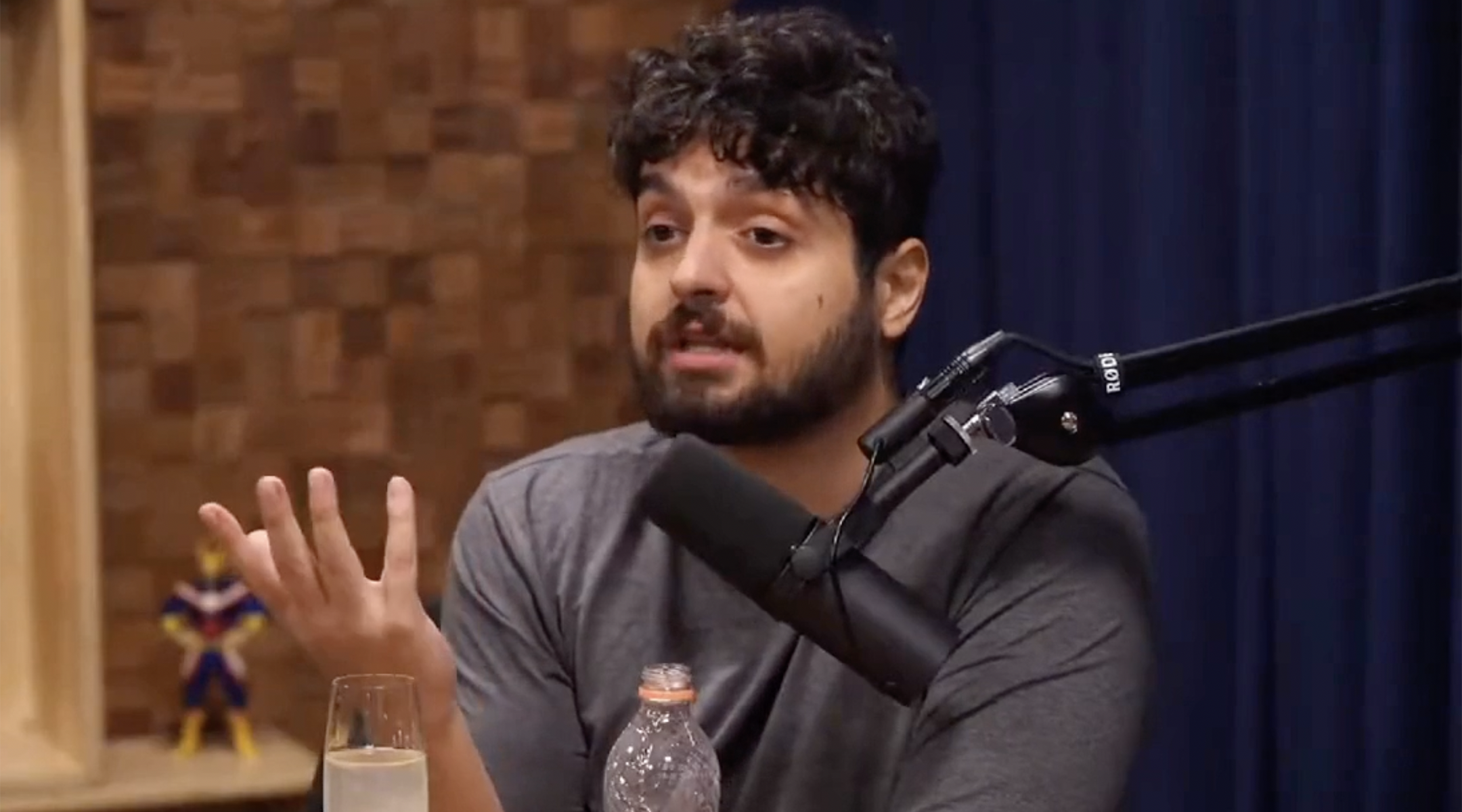 (JTA) – Jewish organizations in Brazil are outraged after a popular podcast presenter said the country should recognize a Nazi party by law.

Bruno Aiub, who goes by the name of Monark on social media, made the comments on an episode of his Flow podcast, which has millions of YouTube subscribers, that aired on Monday.

He was in conversation with parliament members Tabata Amaral and Kim Kataguiri. Amaral pushed back, saying that “freedom of expression ends when your expression puts another’s life at risk,” and she said that Nazism puts the Jewish population at risk.

Monark defended his stance, adding on to his previous statement that he believes “if someone wants to be anti-Jew, they should have the right to be.”

Later in the episode, Kataguiri added fuel to the fire, saying he was against the criminalization of Nazism in Germany.

Monark posted an apology video on Twitter on Tuesday, claiming that he was very drunk and that he hopes people will be understanding. He didn’t seek an apology for the idea, rather what he said was the insensitive way he presented it.

His podcast studio took down the episode and cut ties with him.

The incident did not die down: Also on Tuesday night, Adrilles Jorge, a prominent TV commentator and leading supporter of right-wing President Jair Bolsonaro, drew scrutiny after making a Nazi salute at the end of a debate about Monark’s podcast on the Jovem Pan TV show, in which he defended Kataguiri.

Jewish organizations, such as Jews for Democracy and the Instituto Brasil-Israel, were quick to respond on Twitter, denouncing Monark’s statements. The Confederação Israelita do Brasil, the umbrella group of Brazilian Jewish communities and organizations, also released a statement condemning Monark.

Jews for Democracy wrote, “Ideologies that aim to eliminate others must be banned. Racism and persecution of any identities are not freedom of expression.”

IBI also condemned the podcast on their social media accounts while simultaneously putting pressure on the podcast’s sponsors, Insider Store and Flash Beneficios, to end their support of the show — which they both did within 24 hours of the episode’s release.

To address the controversy, the podcast invited André Lajst, executive director of the Brazilian chapter of StandWithUs, a pro-Israel advocacy organization, onto its episode on Tuesday. In it, Lajst discussed how the Nazi party rose to power in Germany.

“My objective,” Lajst wrote about the episode on Twitter, “was to correct statements made on the program yesterday, the 7th, in favor of the existence of a Nazi party in Brazil and the possibility of someone claiming to be anti-Jewish.”

Jewish groups in Brazil have been worried about the resurgence of Nazi rhetoric since Bolsonaro rose to power. In defense of his reluctance to shut down his country to reduce COVID-19 cases, Bolsonaro employed the expression “work sets you free,” which many felt trivialized a phrase associated with Auschwitz. Bolsonaro’s supporters have also been known to make Nazi salutes, including at rallies supporting the president. One of his aides was accused of flashing a white supremacist hand signal during a legislative hearing.

The Monark incident comes during the same week that a far-right extremist from Germany, Nikolai Nerling, took shelter in Brazil to avoid being punished for his record of Holocaust denial — which is illegal in Germany. Nerling has continued to record and disseminate online content that denies the Holocaust while touring cities in the south of Brazil.