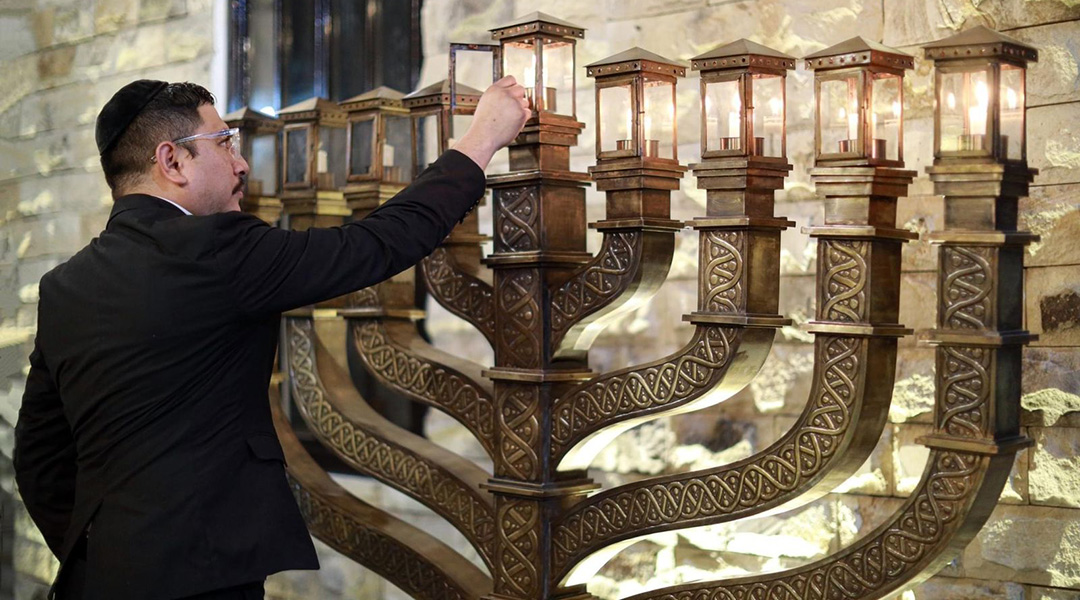 (JTA) — Some Muslim groups in Indonesia are demanding the closure of the country’s first permanent Holocaust exhibition, charging that it is part of an effort to normalize Indonesia’s relations with Israel.

“When I had this idea to build a Holocaust museum, the reason was to remember my family who died in the Holocaust on my grandmother’s side,” Baruch said. “And I also want to educate Indonesians on the danger of antisemitism, especially the danger of hate crimes.”

But groups protesting the exhibition say they see it as part of Israel’s attempts to normalize relations with Indonesia and the occupation of Palestinian territories, according to BenarNews, an online news service affiliated with Radio Free Asia.

“We demand any exhibition be stopped and the museum be canceled [and] discontinued,” said Sudarnoto Abdul Hakim, the head of foreign relations and international cooperation of the country’s Indonesian Ulema Council, a top Islamic clerical body known as MUI.

“Jewish communities and the descendants of Jewish people everywhere, including in Indonesia and North Sulawesi, should also see fairly clearly the brutal acts that have been perpetrated by Israeli Zionists against the Palestinian people since 1948,” he added.

MUI — which was once chaired by Indonesia’s vice president, Ma’run Amin — is known in Indonesia as holding conservative and sometimes controversial religious opinions.

But representatives of other groups have expressed similar sentiments. Hidayat Nur Wahid, deputy speaker of Indonesia’s legislative branch, the People’s Consultative Assembly, and a lawmaker with the faith-based Prosperous Justice Party, told BenarNews that he objected to the exhibit’s ties to Yad Vashem because of the museum director’s ties to Israel’s settlements in the West Bank.

Dani Dayan, who is the former chair of the Yesha Council, an umbrella organization for Israeli West Bank settlements, was appointed to lead Yad Vashem last summer.

The demand to shutter the exhibit arises amid circulating rumors of increased diplomatic relations between Indonesia and Israel, which do not currently have formal ties. Last month, Israeli officials said U.S. Secretary of State Antony Blinken raised the possibility of normalized relations, suggesting that Indonesia might join several other Muslim nations in opening ties with Israel. The claim was later confirmed by the Indonesian Ministry of Foreign Affairs, but officials have played down the reports of increased discussion.

Barriers to normalized relations remain high, including fears from Indonesia’s current leaders that they would lose the support of the majority-Muslim public, who want independence for the Palestinian people. The country’s constitution states that “independence is the right of all peoples,” meaning the nation of islands supports Palestinian independence. Indonesia has long supported a two-state solution.

“There are many reports now in mass media that cannot be confirmed,” said Teuku Faizasyah, Indonesia’s foreign ministry spokesperson, at a news briefing in January. “Indonesia’s principle on Palestinian issues remains unchanged. We support the Palestinians and we will continue to work on the two-state solution for the freedom of Palestine.”

That policy agenda can easily translate into antisemitism, according to Mun’im Sirry, a professor of world religions and world church at the University of Notre Dame. 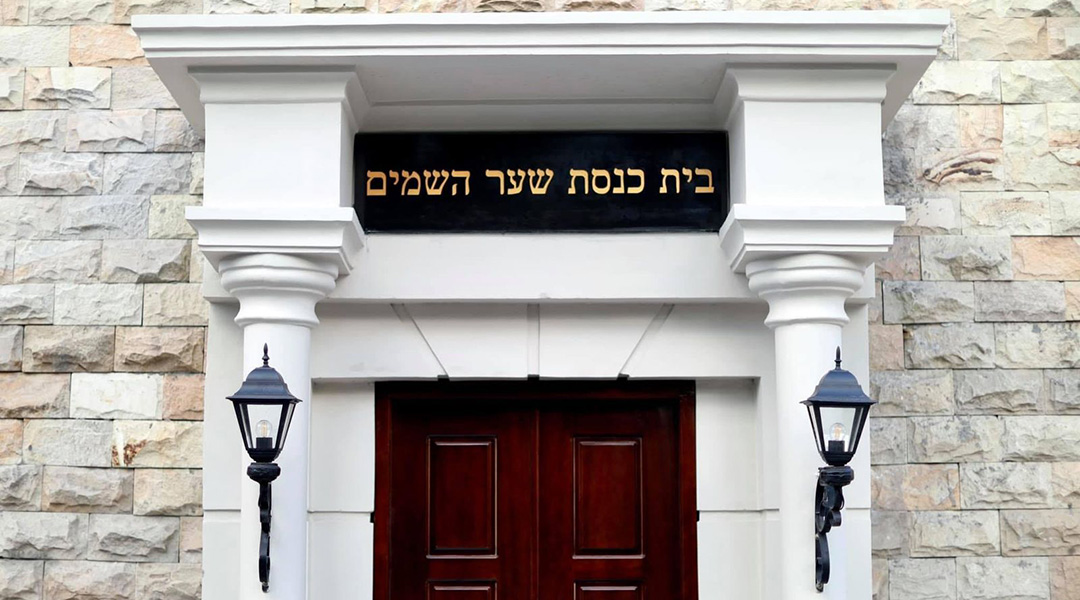 A photo of the door to the Shaar HaShamayim synagogue in Indonesia. (Yaakov Baruch)

According to Sirry, antisemitic discourse existed in Indonesia before the founding of the state of Israel. But it became more prominent in public life as more religious groups and parties emerged following the fall of the authoritarian Suharto regime in 1998.

He refers to Indonesia’s situation as “antisemitism without Jews” — antisemitism is on the rise, but the country is home to virtually no Jews.

It is not illegal to practice Judaism in Indonesia, but many Jews try to keep a low profile and practice in private. There are only five legally-recognized religions — Christianity, Catholicism, Hinduism, Buddhism and Confucianism — meaning Jews have to identify with one.

Baruch’s ID card says he is Christian, but he says Jews in majority-Muslim areas identify as Muslim. 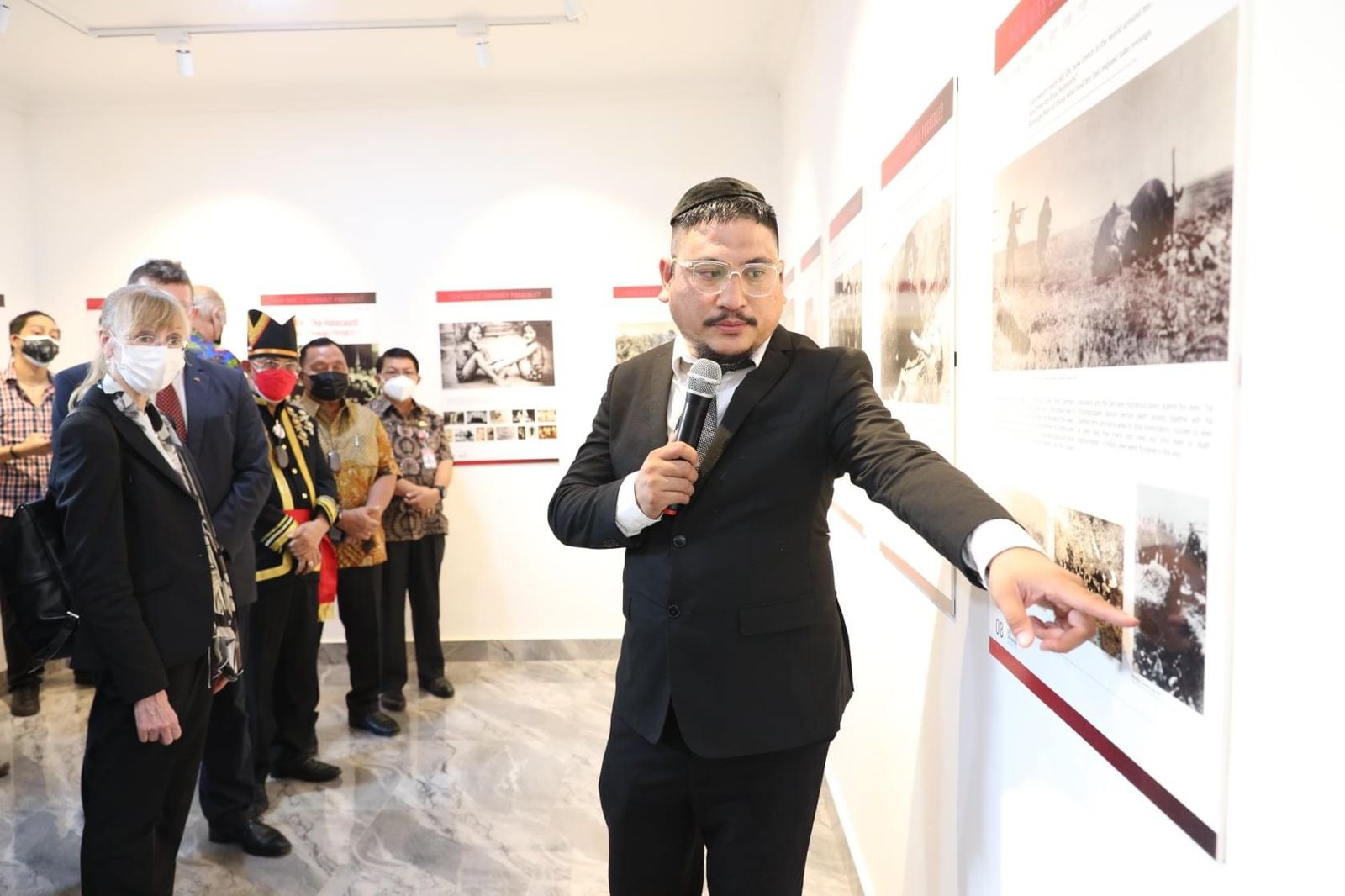 Baruch estimates that there are only 20 to 30 practicing traditional Sephardic Jews at his synagogue and another 20 to 30 Jews in Jakarta who practice at home.

Most, like Baruch himself, are descendants of Dutch Jews who first came to Indonesia in the 17th century with the Dutch East India Company. The community built a synagogue in Surabaya in 1939, which was destroyed in 2013.

“Once I was attacked with my pregnant wife in Jakarta because I was wearing a kippah,” he said. “But now, my hometown [Tondano, North Sulawesi] is much more safe because there are a lot of Christian people here.”

Baruch added that the local government has provided support and security to the small Jewish community since the synagogue was constructed there in 2004.

Richelle Budd Caplan, director of international relations and projects for Yad Vashem’s International School for Holocaust Studies, said the exhibit at Shaar HaShamayim is part of an effort to release Holocaust documentary content in 20 languages.

“We hope that this exhibition and others like it will continue to raise awareness about the Holocaust and bring more opportunities to the citizens of Indonesia, Asia and the world to learn about the atrocities that took place in the not-so-distant past,” said Caplan, who attended the opening in Sulawesi via Zoom.

JTA reached out to Steven Kandouw — the deputy governor of North Sulawesi province who attended the museum’s opening — as well as the MUI and Indonesia’s Ministry of Foreign Affairs, but did not receive responses.

“I will fight for it,” Baruch said of the Holocaust exhibition in his synagogue. “This is about our people. I want to remember that my grandmother’s family, that 6 million Jews, died in the Holocaust.”