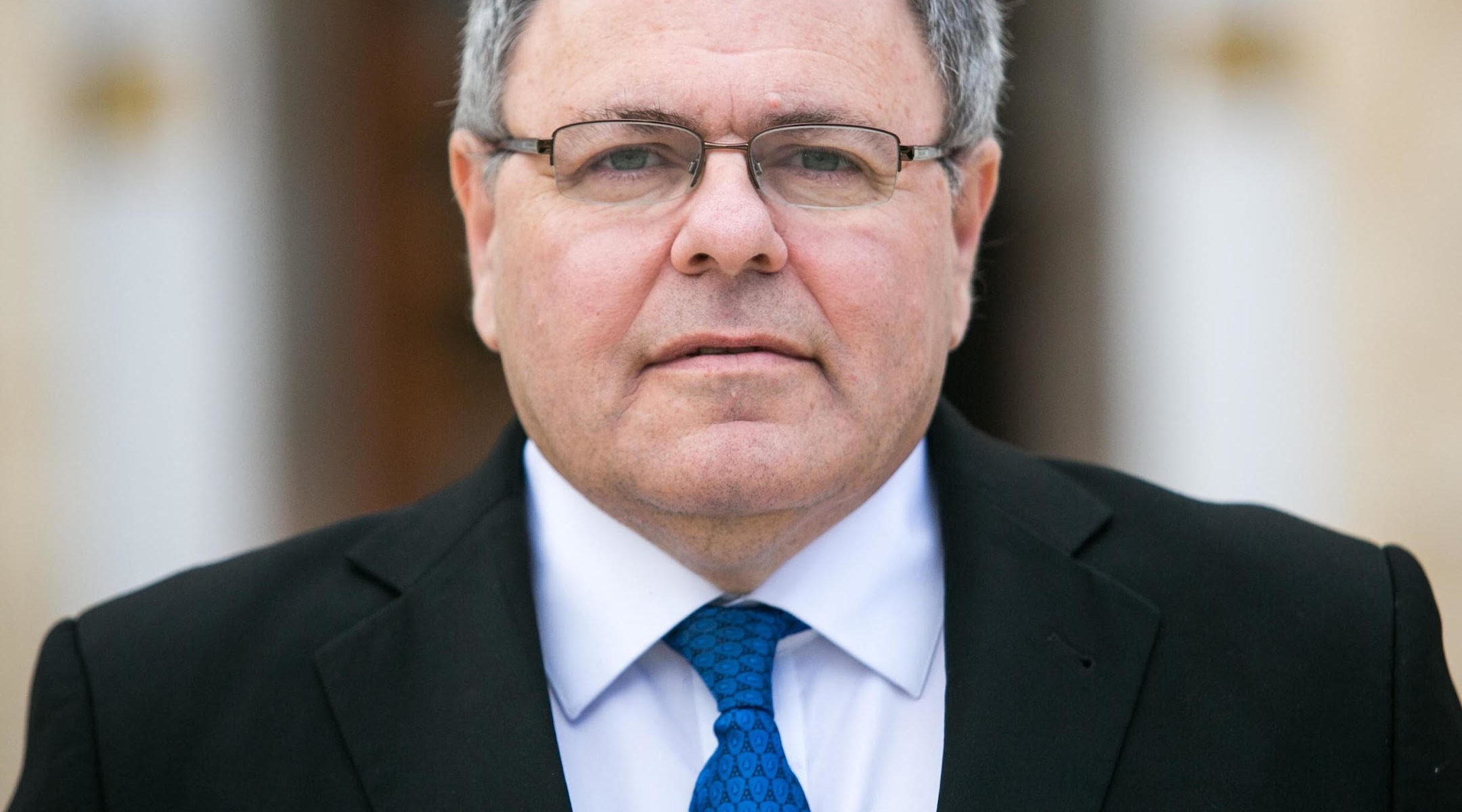 (JTA) — Dani Dayan, Israel’s former consul general to New York and a past leader of Israel’s West Bank settlements, is the choice as the next chair of Yad Vashem, Israel’s Holocaust museum.

The announcement, reported by The Jerusalem Post, follows a controversy over who would succeed Avner Shalev as the head of the revered Israeli institution. Shalev is retiring after 27 years at the helm.

Last year, then-Prime Minister Benjamin Netanyahu reportedly hoped to appoint Effi Eitam, a former general and far-right politician. The choice drew widespread opposition from Holocaust survivors, politicians and Jewish organizations because in 2006, Eitam had called to “remove Israeli Arabs from the political system.” He also had been reprimanded by the military’s chief of staff because in 1988, soldiers under his command beat two Palestinians, and one died of his wounds. His appointment never went through.

News of Dayan’s impending appointment by Education Minister Yifat Shasha-Biton drew praise from some of the same people who opposed Eitam. In his four-year term as a diplomat in New York until last year, Dayan gained a reputation for building bridges and advocating for religious pluralism and minority rights.

“He is a man of broad horizons who was a successful consul general in New York,” Colette Avital, who chairs the umbrella association for Holocaust survivors in Israel and served in the New York consul post in the 1990s, told The Jerusalem Post.

Dayan, who has served on the Yad Vashem Council, is the former chair of the Yesha Council, an umbrella organization for Israeli West Bank settlements. He has lost two bids in recent years for Israeli’s parliament, the Knesset.

Mickey Gitzin, the Israeli director of the New Israel Fund, a progressive organization, said Dayan should not be disqualified because he is a settler.

“Dayan is a political adversary, but a legitimate and proper leader and I wish him well in this important post,” Gitzin told the Post.

The selection is subject to Israeli government approval.