In a first for an Israeli prime minister, Naftali Bennett visits Bahrain 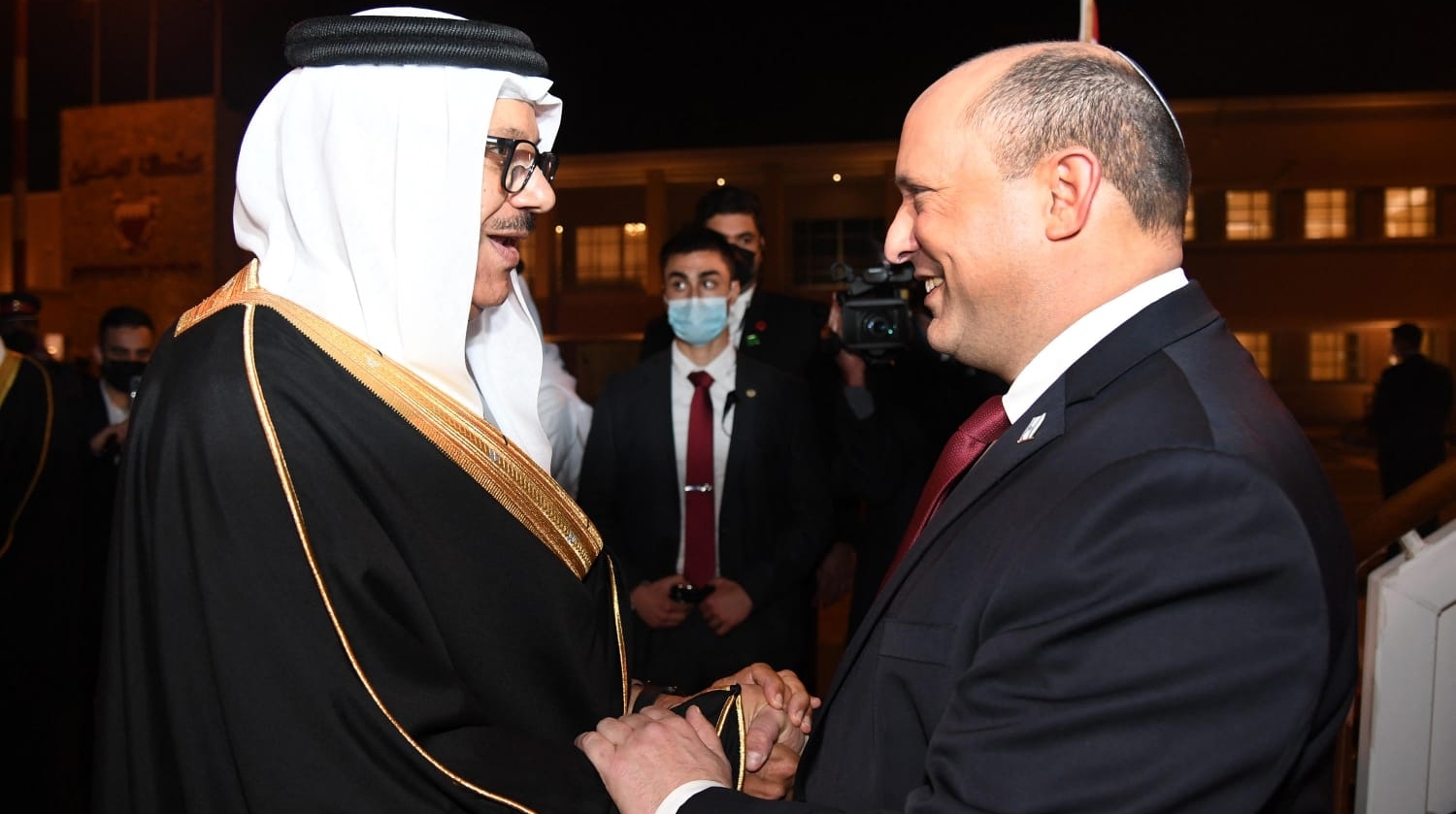 (JTA) — Israeli Prime Minister Naftali Bennett landed in Bahrain for meetings with its rulers, the second such trip to a Gulf Arab country since the launch of the Abraham Accords.

Speaking Monday before his departure, Bennett framed his visit as a bulwark against increasing uncertainty worldwide, alluding to heightened tensions in the region with Iran and in Europe, with anticipations of a Russian strike against Ukraine.

“I think especially in these tumultuous times it’s important that from this region we send a message of goodwill, of cooperation of standing together against common challenges and of building bridges to the future,” he said.

The visit is Bennett’s second to the region since the launch in 2020 of the Abraham Accords, normalizing relations between Israel and four Arab countries: Bahrain, the United Arab Emirates, Morocco and Sudan. He visited the UAE in December.

Bahrain and Israel have formalized commercial ties and have launched defense cooperation. As part of Bennett’s visit, Israel said it would station a defense official in Manama.