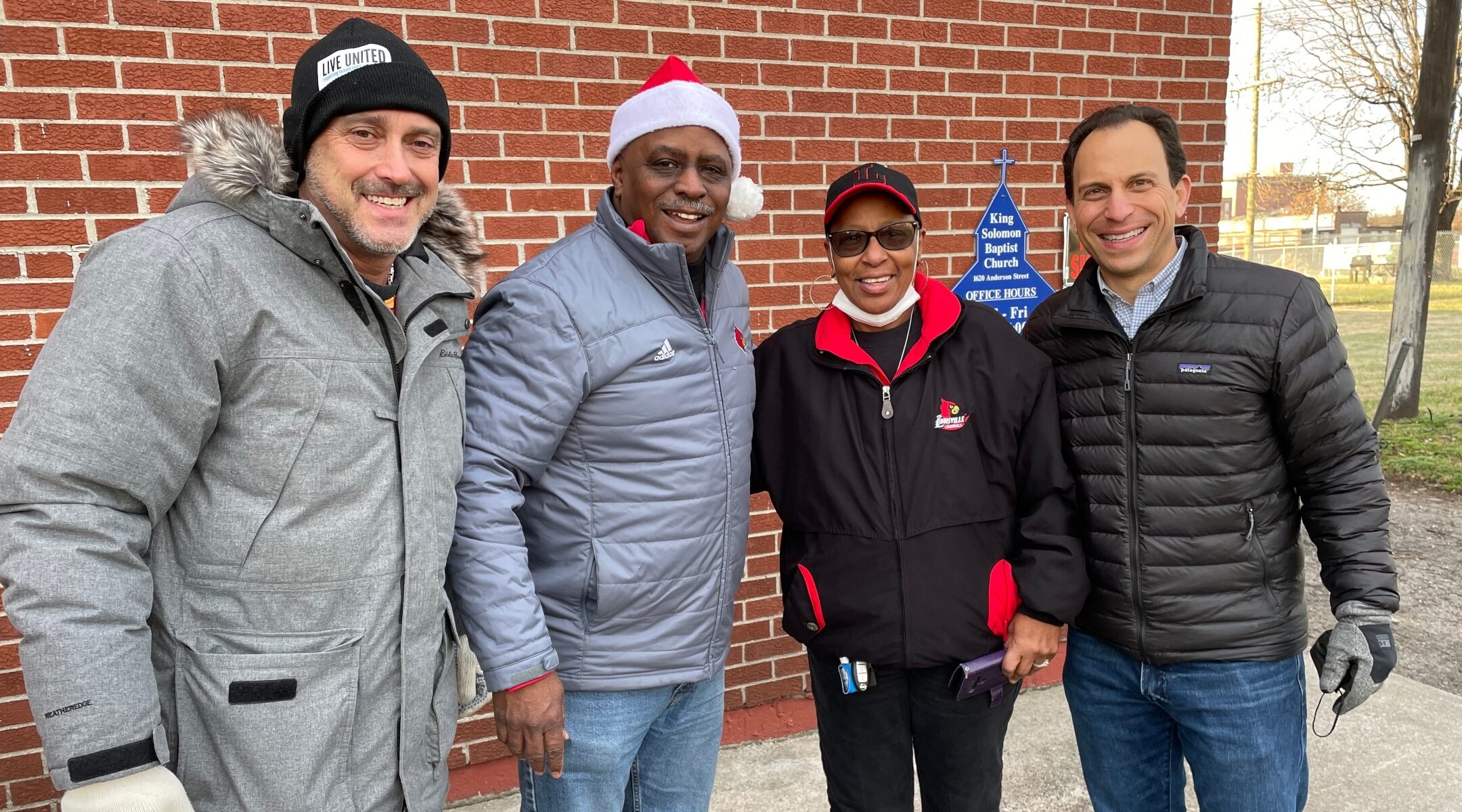 (JTA) — A gunman opened fire on a Jewish Democrat who is running for mayor of Louisville, Kentucky. Craig Greenberg, the candidate, said he is safe, and the police said one possible motive was the fact that the target is Jewish.

“My team and I are fortunately all safe,” Greenberg said in a message posted Monday on Twitter after the attack. “We are all with [Louisville Metro Police] now. I will provide an update as soon as possible. Thank you for the outpouring of support.”

My team and I are fortunately all safe. We are all with LMPD now. I will provide an update as soon as possible. Thank you for the outpouring of support.

WAVE, a local news outlet, said a suspect was apprehended. Police said there was no information that the suspect was not acting alone.

Lousiville police chief Erika Shields said Greenberg was the target and that a bullet penetrated his clothing. She said one possibility is that Greenberg was targeted because he is Jewish.

“Mr. Greenberg is Jewish, so there’s that,” she said. “We don’t know if it’s tied to the candidate, is political, or are we dealing with someone who has mental issues, is venomous. We have to really keep an open mind and be diligent in taking care of our community.”

WDRB, another local TV news outlet, quoted a councilman, David James, as saying the gunman fired on Greenberg at his office in the city’s Butchertown Market, a food and retail complex in the city’s forming meatpacking district.