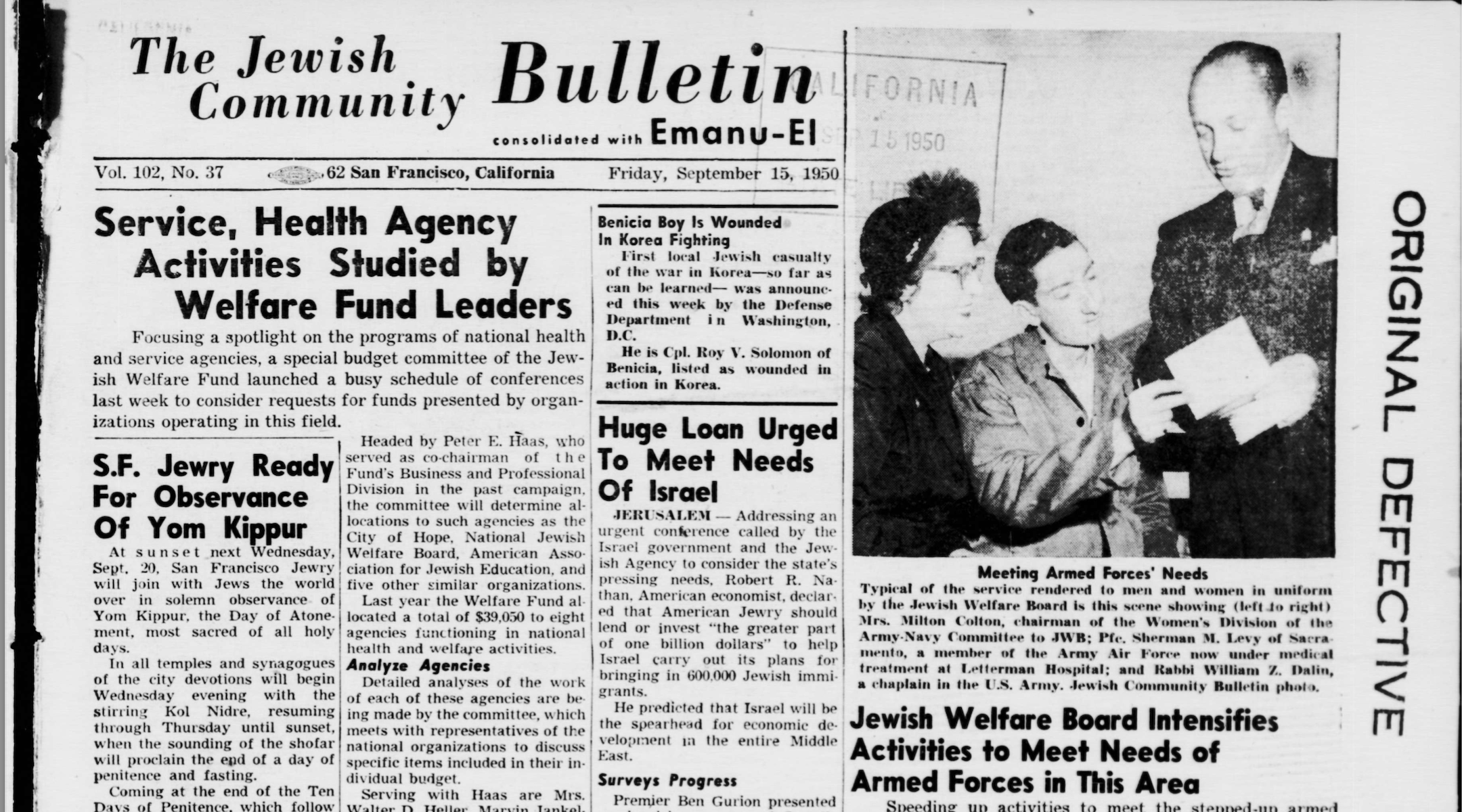 The cover of the Sept. 15, 1950 issue included news of a local Jewish boy who was wounded in the Korean War. (Screenshot from California Digital Newspaper Collection)
Advertisement

(JTA) — On Sue Fishkoff’s first day as editor of J. The Jewish News of Northern California in 2011, she knew she needed to do something about the archives.

“This was our history, the lived history of the San Francisco Bay Area Jewish community as recorded in the pages of its community newspaper. And those pages were literally crumbling away,” Fishkoff wrote in an essay for J. this week.

The project makes available 127 years of history of the Jewish community in the Bay Area, starting in 1895 when Rabbi Jacob Voorsanger of Congregation Emanu-El in San Francisco founded the paper, then called the Emanu-El.

The archive includes the paper’s coverage of the assassination of Harvey Milk, a gay and Jewish public official who was killed in 1978; a visit from Golda Meir in March 1948; and how the 1906 and 1989 earthquakes affected the local Jewish community. The archive also boasts thousands of wedding announcements and obituaries spanning the paper’s history.

The archives include 6,151 issues, coming to a total of 163,832 pages and 694,656 articles. The entire collection, which includes advertisements, can be browsed by date or searched.