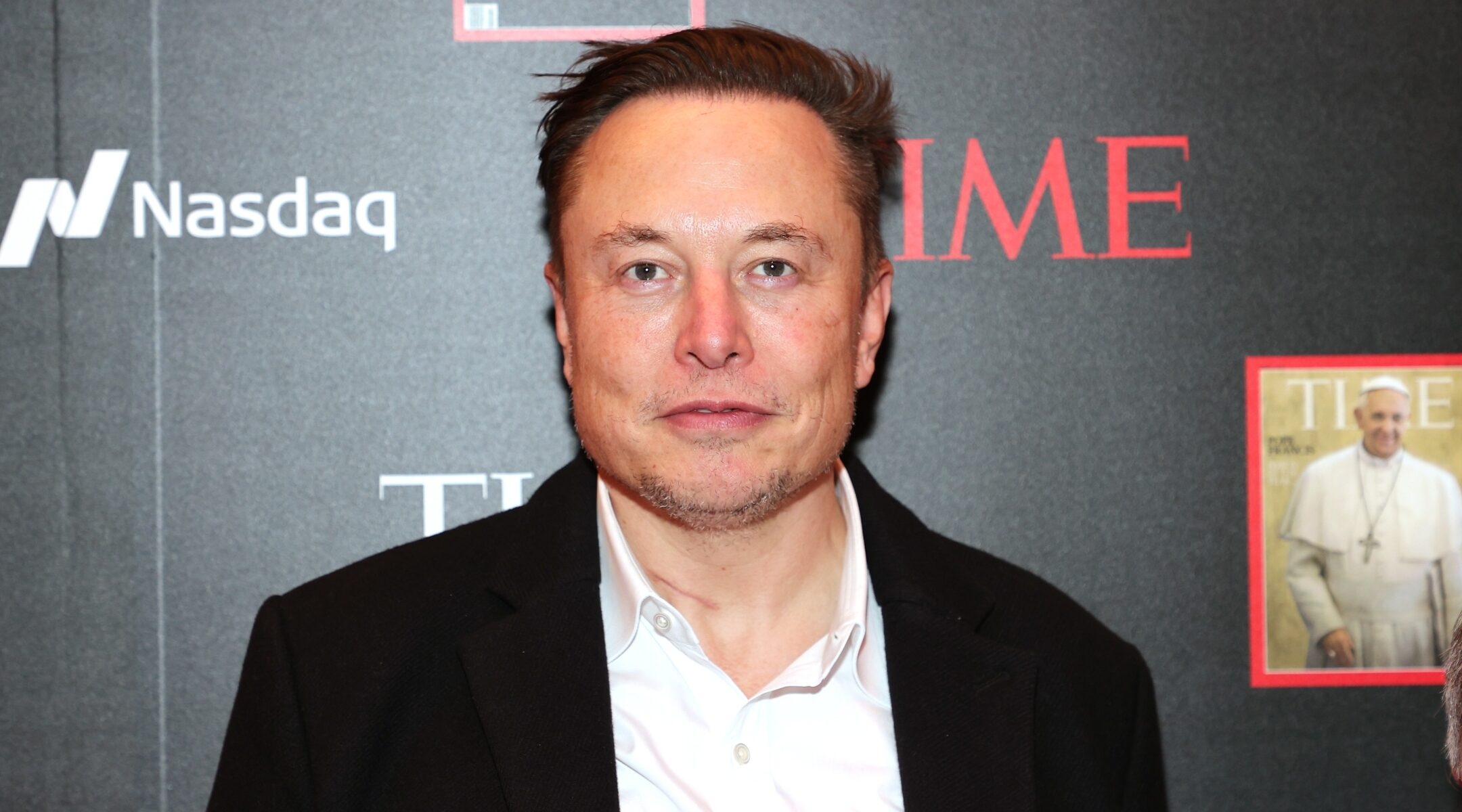 (JTA) — Elon Musk, the Tesla CEO, likened Justin Trudeau to Adolf Hitler for the Canadian prime minister’s decision to go after those financing the trucker protest and added that Trudeau was less competent than the Nazi, leading to criticism from Jewish groups.

On Thursday, Musk replied to a tweet reporting that Canadian authorities have instructed financial institutions not to do business with agencies funneling money to the truckers protesting Canada’s vaccine policies who have snarled cities and transport routes.

His response was a meme of a photo of Hitler with the text: “Stop comparing me to Justin Trudeau. I had a budget.”

“.@ElonMusk has exercised extremely poor judgment by invoking Hitler to make a point on social media,” the American Jewish Committee said in a tweet later the same day. “Comparing @CanadianPM Justin Trudeau to a genocidal dictator who murdered millions is not an appropriate way to criticize policies. He must apologize immediately.”

In a statement emailed to the Jewish Telegraphic Agency, Jonathan Greenblatt, the Anti-Defamation League CEO said, “As we’ve said many times before, false comparisons of public leaders to Hitler are hurtful and offensive and only serve to trivialize the history of World War II and the Holocaust. Elon Musk’s tweet comparing Prime Minster Trudeau to Hitler has no place in civil discourse. We urge him to pull it down immediately, and apologize.”

Rep. Casey Weinstein, a Jewish Ohio state legislator, said on Twitter that such statements are not smart marketing.

“I try to look past this stuff,” said Weinstein, who owns a Tesla. “But damn man. You make it hard to be a Tesla fan.”

Trudeau himself drew criticism from B’nai B’rith Canada for his response to a Jewish member of parliament of the opposition Conservative Party. Melissa Lantsman attacked him in a parliament session for calling the trucker protesters “racist” and “fringe.”

Some swastikas and other hate symbols were seen at the initial trucker rallies last month.

“B’nai Brith Canada unequivocally condemns any display of swastikas,” B’nai B’rith Canada said on Twitter. “We also believe it is not acceptable to respond to a Jewish MP’s question in the House of Commons with a comment that can be perceived by Canadians as suggesting her support.”

Lantsman demanded apology, saying on Twitter, “What a disgraceful statement unbecoming of anyone in public office.”