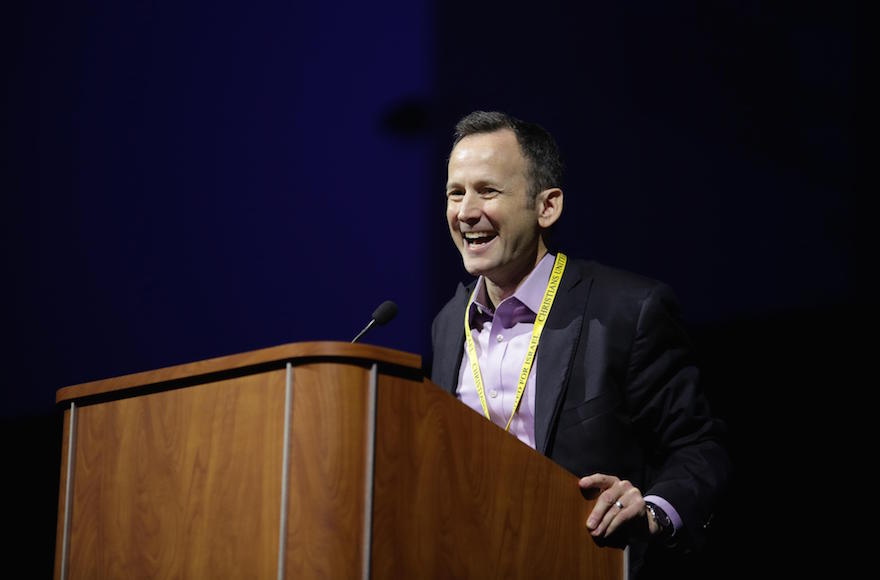 David Brog, seen in 2015 when he served as executive director of Christians United for Israel, lost in his bid for the Republican nomination for a congressional seat in Nevada, June 14, 2022.(Courtesy: CUFI)
Advertisement

(JTA) — David Brog, who leads the Maccabee Task Force, a group that cultivates pro-Israel students on campus, and a longtime protege of the Adelsons, the Las Vegas-based Republican Jewish kingmaker couple, is running for Congress in Nevada.

The late Sheldon Adelson and his widow Miriam launched the Maccabee Task Force in 2015. Before entering the Adelsons’ orbit, Brog, who is Jewish, helped found Christians United for Israel, a powerhouse pro-Israel evangelical group. Miriam Adelson remains an important Republican influence in the state and nationwide.

Titus was seen as being in a safe seat until a recent redistricting. It’s not clear yet whether the district’s new borders will adversely affect the wide margins she has enjoyed until now.