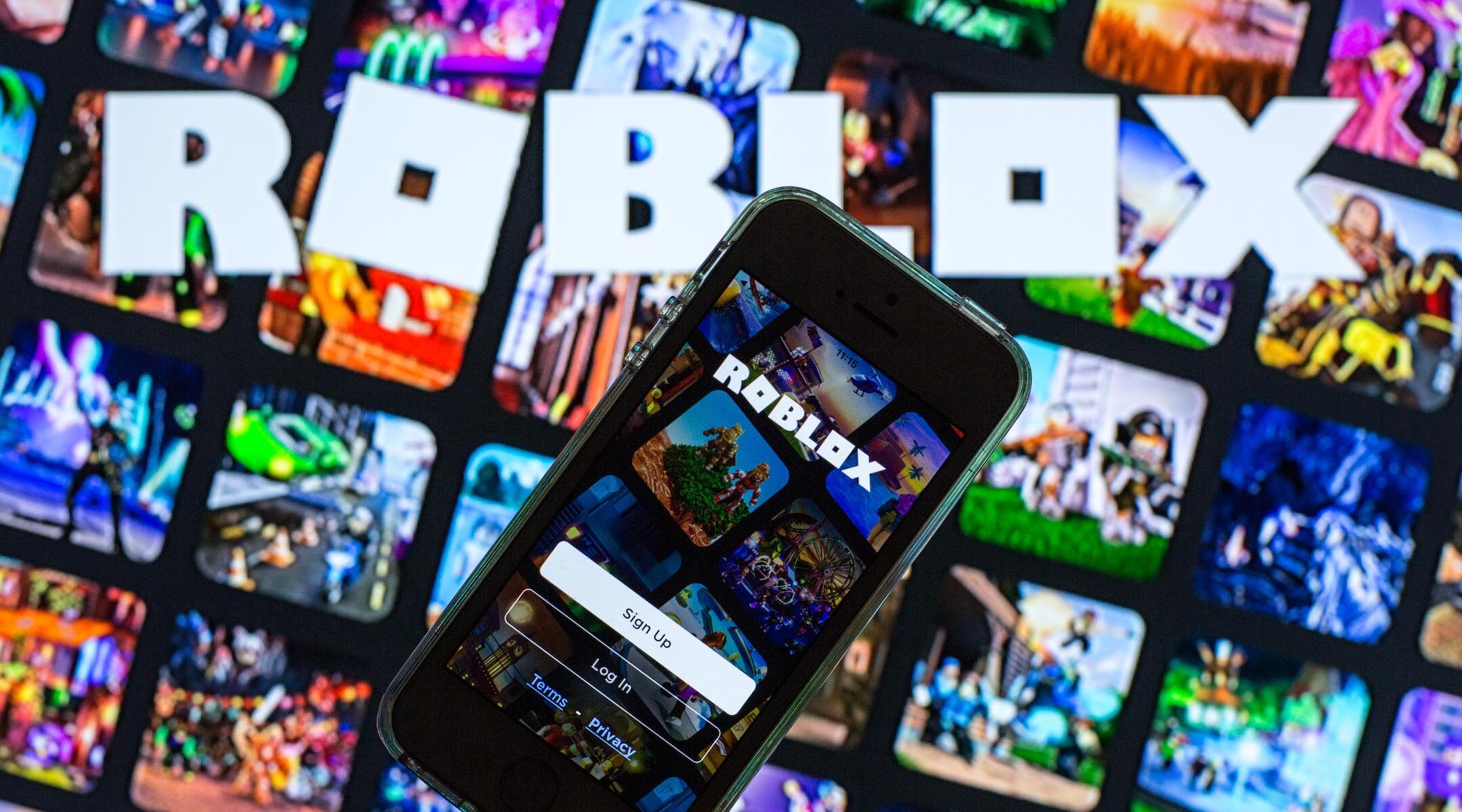 In this photo illustration, the Roblox app seen displayed on a smartphone screen and a Roblox logo in the background. (Thiago Prudêncio/SOPA Images/LightRocket via Getty Images)
Advertisement

(JTA) — Roblox, a collaborative computer gaming platform for children as young as 7, has faced serious criticism over the years for failing to properly moderate its content — with antisemitism and racism rife, according to multiple reports.

Now the platform says it has removed a virtual Nazi concentration camp featuring gas chambers that users could operate.

In a report published Saturday, the Daily Mail revealed the existence of the concentration camp game, which included tall watchtowers, gas chambers, and train tracks apparently representing the cattle cars that brought Jews to Nazi death camps to be murdered.

The game featured gas chambers which users could operate by pressing a button with the word “execute” or enter to experience death of their avatar, or the computer figure representing the player, by gassing.

Roblox released a statement to the Daily Mail in which it said it had removed the concentration camp game and condemned extremism and antisemitism.

“We have zero tolerance for content or behaviours that promote or glorify extremism, including antisemitism. We have removed the experiences in question and banned the individuals who created them. We work tirelessly to maintain a platform that is safe, civil and inclusive, and use manual and automated detection tools to swiftly remove experiences that do not comply with our community standards,” the company said.

Roblox experienced a major increase in popularity during the pandemic as more children began playing the game while at home during lockdowns and used the game, which allows players to interact, to stay in touch with friends.

The growth means that more people are present to encounter and participate in illicit content that has plagued the platform for years, in a reflection of the internet’s well known tendencies.

In recent months, the platform has been plagued with recurring game rooms in which players engage in sexually explicit conversations and in which their avatars engage in sex acts. The company has said it removes the games quickly, but they frequently reappear.

The sexually explicit game rooms have also been reported to include avatars dressed in Nazi uniforms.