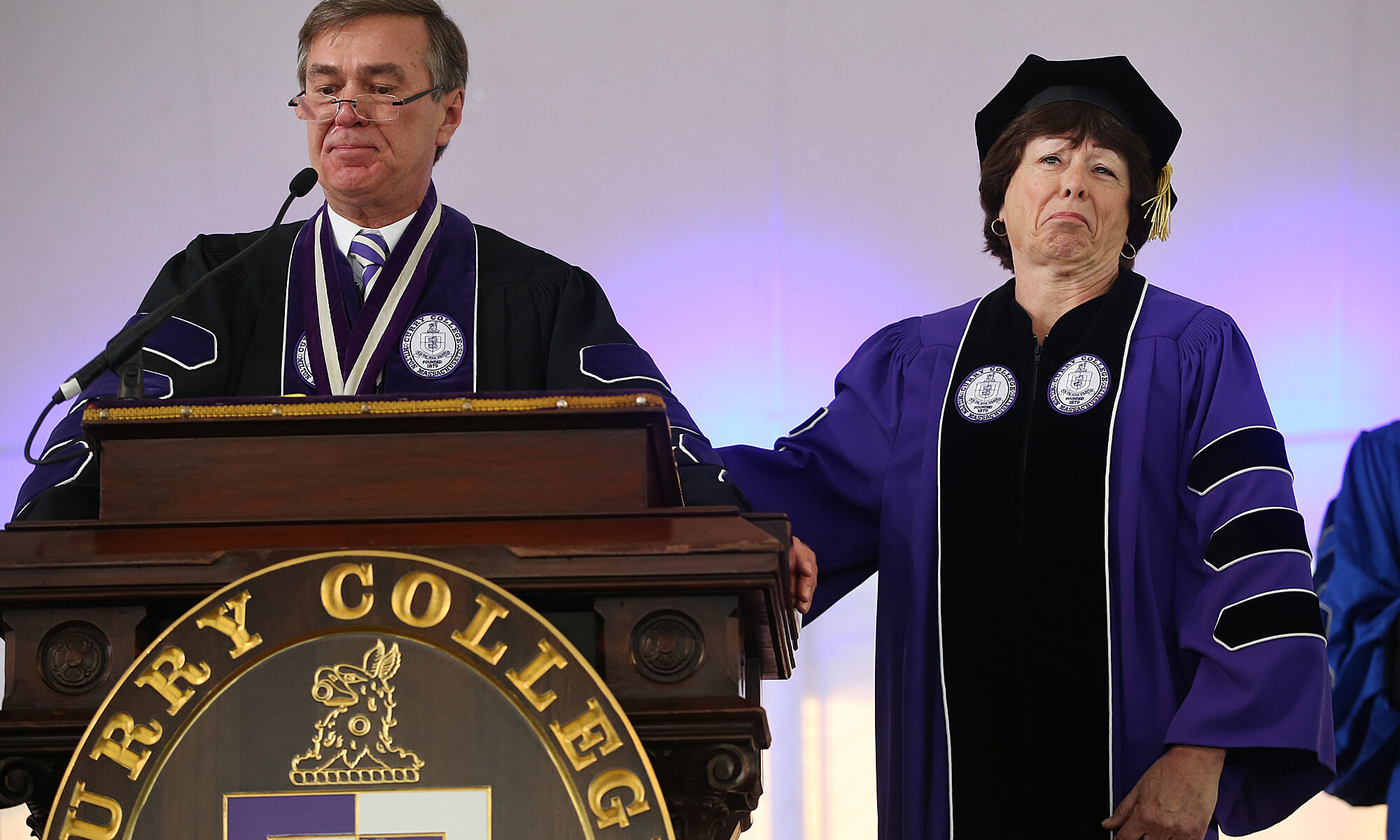 BOSTON (JTA) — For nearly a month, a small liberal arts college just miles outside of Boston has been roiled by a spate of hate incidents, including antisemitic graffiti and threatening racist language, prompting the school to offer a $10,000 reward for information leading to the arrest and conviction of anyone involved.

The incidents at Curry College, located in Milton, a suburb south of Boston, began Jan. 27, when International Holocaust Remembrance Day is observed worldwide, with reports of drawings of swastikas and discriminatory and hateful language.

Numerous other similar incidents were reported over the next few weeks. After threats against the school’s Black community that mentioned a specific date, Feb. 22, Curry temporarily shifted its classes online last week.

Some 200 people participated in two separate rallies and a march at the end of last week in support of Curry’s Jewish and Black students, according to the student newspaper.

“We will get through this. We will not bend to those who threaten or, by their actions, cause fear in our community,” the school’s longtime president, Kenneth K. Quigley, Jr., wrote in a message to the Curry College community last week.

Peggy Shukur, deputy director of the New England Anti-Defamation League, said it was unusual to see such a large reward offered for information in relation to a hate crime. (The ADL frequently offers rewards itself.)

“It underscores the seriousness with which the college is taking this,” she told the Jewish Telegraphic Agency.

The Milton Police Department is also investigating the incidents and is providing additional security and patrols on the campus, which is open only to faculty, staff and students until Wednesday.

The most recent incidents were discovered on Feb. 14 and 15, in the restroom and laundry room of a residence hall, according to the email from Quigley that was first reported by the Boston Globe. A copy of the communications was obtained by the JTA.

In addition to the incident targeting the Black community, which came amid a string of bomb threats to historically Black colleges nationwide, the second incident was a drawn swastika and racist hate language.

Quigley said it’s disturbing for the school to be violated by hate symbols and threats.

“We cannot say it enough: hate has no home here and we will take every step possible to identify the perpetrator(s) and maintain the safety of the our community,” he wrote in a public statement.

Within the next 36 hours, the ADL had three additional reports of other incidents. Local police also contacted the ADL. 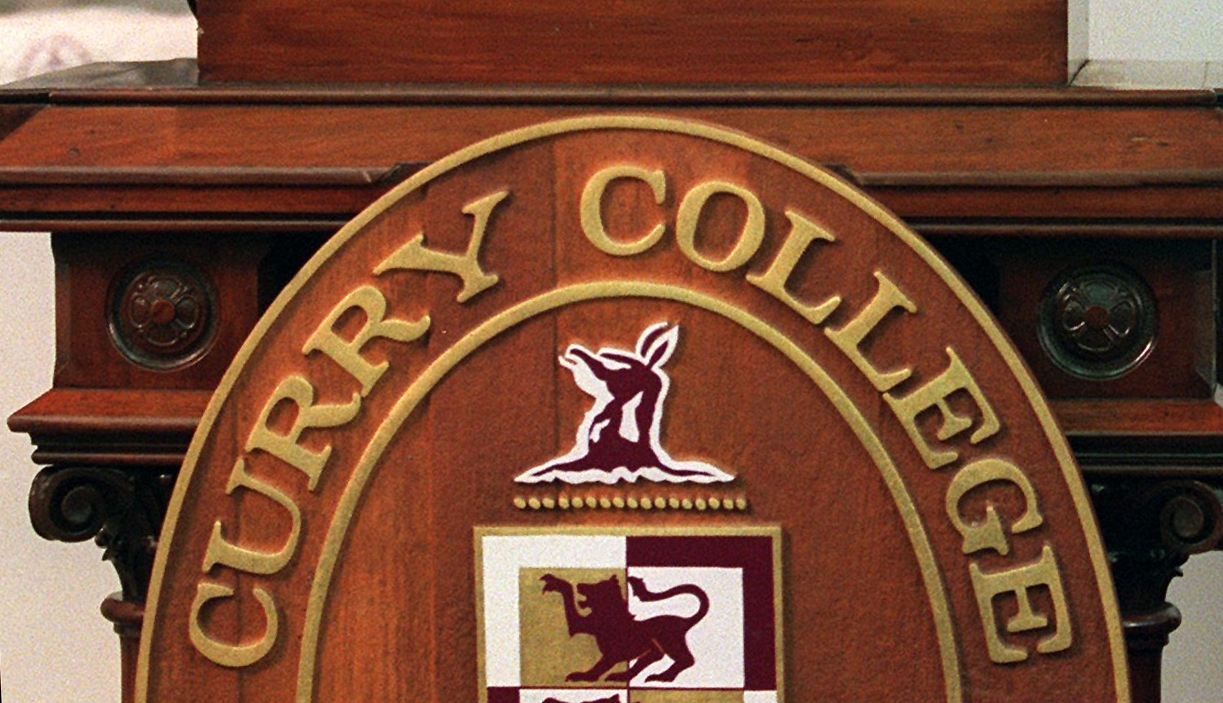 The faculty member told her that having a threat tied to a specific date was “having a chilling effect on learning.”

Shukur is not aware of any special significance of the Feb. 22 date, she told JTA.

One Jewish student expressed concern for his safety in the campus newspaper.

“I am Jewish,” freshman Elijah Pichler told The Currier Times, the student campus newspaper.  “I don’t feel safe and protected here at Curry right now because of the 20-something swastikas, language, and comments that have been written on numerous walls in mainly NCRH [the North Campus Residence Hall], the Student Center, and in the Miller Field House as well.”

The barrage of incidents is disturbing to Milton’s Jewish community and extends to its active interfaith community, according to Rabbi Fred Benjamin of Congregation Beth Shalom of the Blue Hills in Milton, who is part of the Milton Interfaith Clergy Association that has held virtual meetings about the situation at Curry.

There are fewer than 100 self-identified Jewish students on campus, said the rabbi, whose congregation has long-time connections with Curry’s Jewish students. There are also Jewish faculty, staff and administrators.

Benjamin said he had heard from a parent of a current student expressing concern.

In addition to the investigation at the college, the Milton police has increased its presence for the synagogue’s security. “We are relieved to know it is being taken so seriously and appreciate the resources that are being put in place,” he said.

On Friday, the rabbi will participate in a college-wide virtual gathering to offer support for the community.

There is a student-led Hillel group on campus, according to Miriam Berkowitz Blue, the executive director of the Hillel Council of New England, which provides staff support and other services to Jewish students at small colleges.

She has not heard from students at Curry but plans to reach out to faculty who have been connected with the Hillel Council in the past and offer support to students.

“For them to feel that they are unsafe on their campus is heartbreaking,” Berkowitz Blue said. “It’s our primary job to make sure that not only do they feel safe but also supported and have a community on their campus and in the Greater Boston Jewish community.”