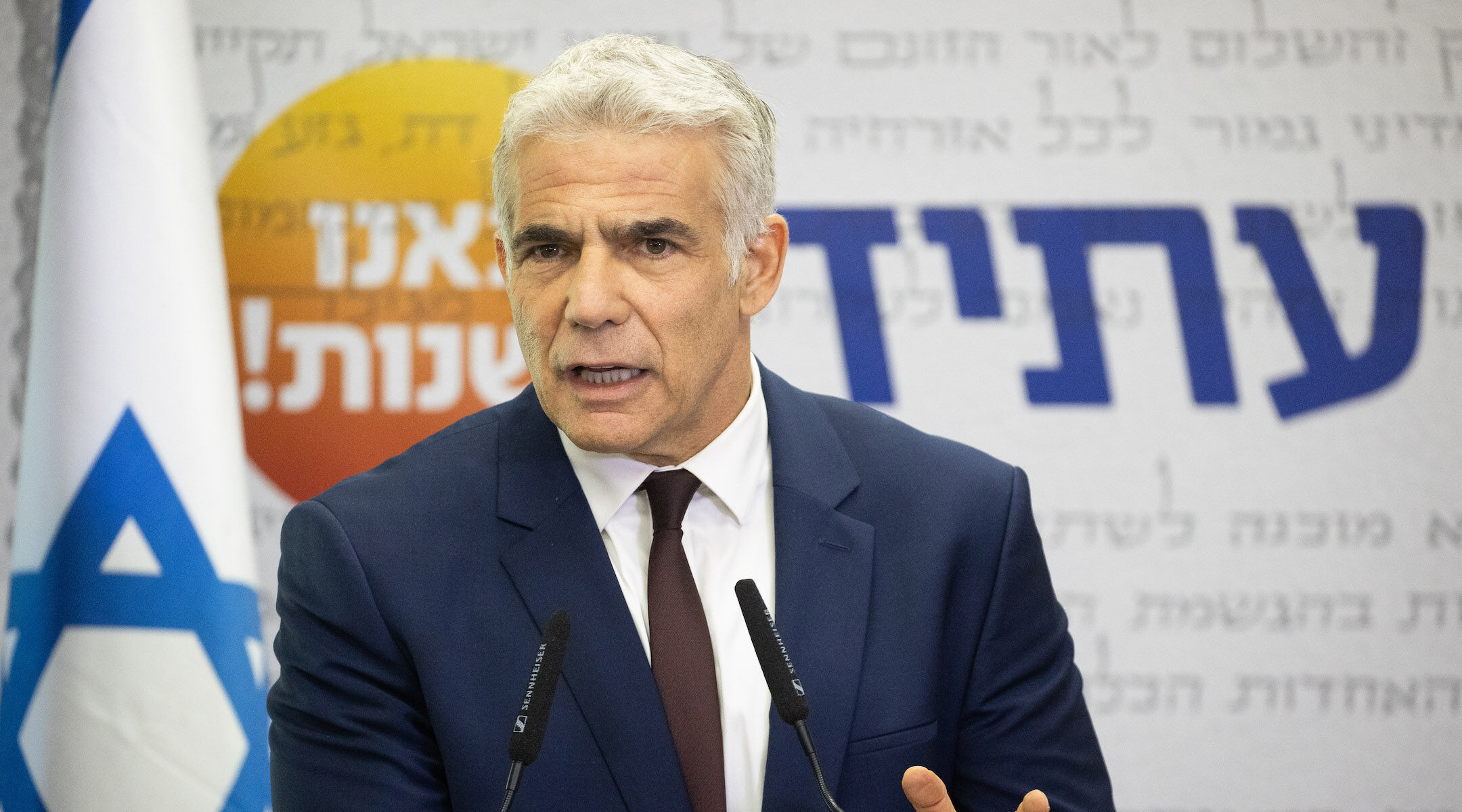 In its statements on the situation until Thursday, Israel had not referred to Russia by name nor had it criticized Russia explicitly.

“The Russian attack on Ukraine is a serious violation of international order, Israel condemns the attack, is ready and prepared to provide humanitarian aid to the citizens of Ukraine,” Lapid said at a press conference and in a series of tweets.

Lapid did not offer military assistance to Ukraine, though earlier this month he said Ukraine had requested “all kinds of assistance” from Israel, according to Haaretz. Before the outbreak of violence, Ukraine’s ambassador to Israel said she hoped Israel might play a mediating role between Ukraine and Russia due to its positive relationship with both countries.

In his remarks Thursday, Lapid also noted Israel’s relationships with both Ukraine and Russia and the presence of tens of thousands of Israelis and Jews in Ukraine.

Russia is widely seen as the dominant power in Syria, where President Bashar Assad has relied on Russian aid to stay in power amid a civil war launched by rebels in 2011 seeking to unseat him. Israel is believed to have struck dozens of targets in Syria in recent years, likely with some level of coordination with Russia, a military superpower. Israel had remained largely neutral on the Ukrainian-Russian conflict, which has been simmering since 2014.

Israel has been encouraging its citizens to leave the country for weeks and has stationed consular officials at border crossings from Western Ukraine. The Jewish Agency, which brings large numbers of immigrants to Israel, received a flood of new requests from Jews trying to flee Ukraine since the invasion began Thursday morning, according to Haaretz, and is considering the possibility of speeding up the often lengthy process for those fleeing the country.