Prayers for peace: How the Jewish world is responding to Russia’s invasion of Ukraine 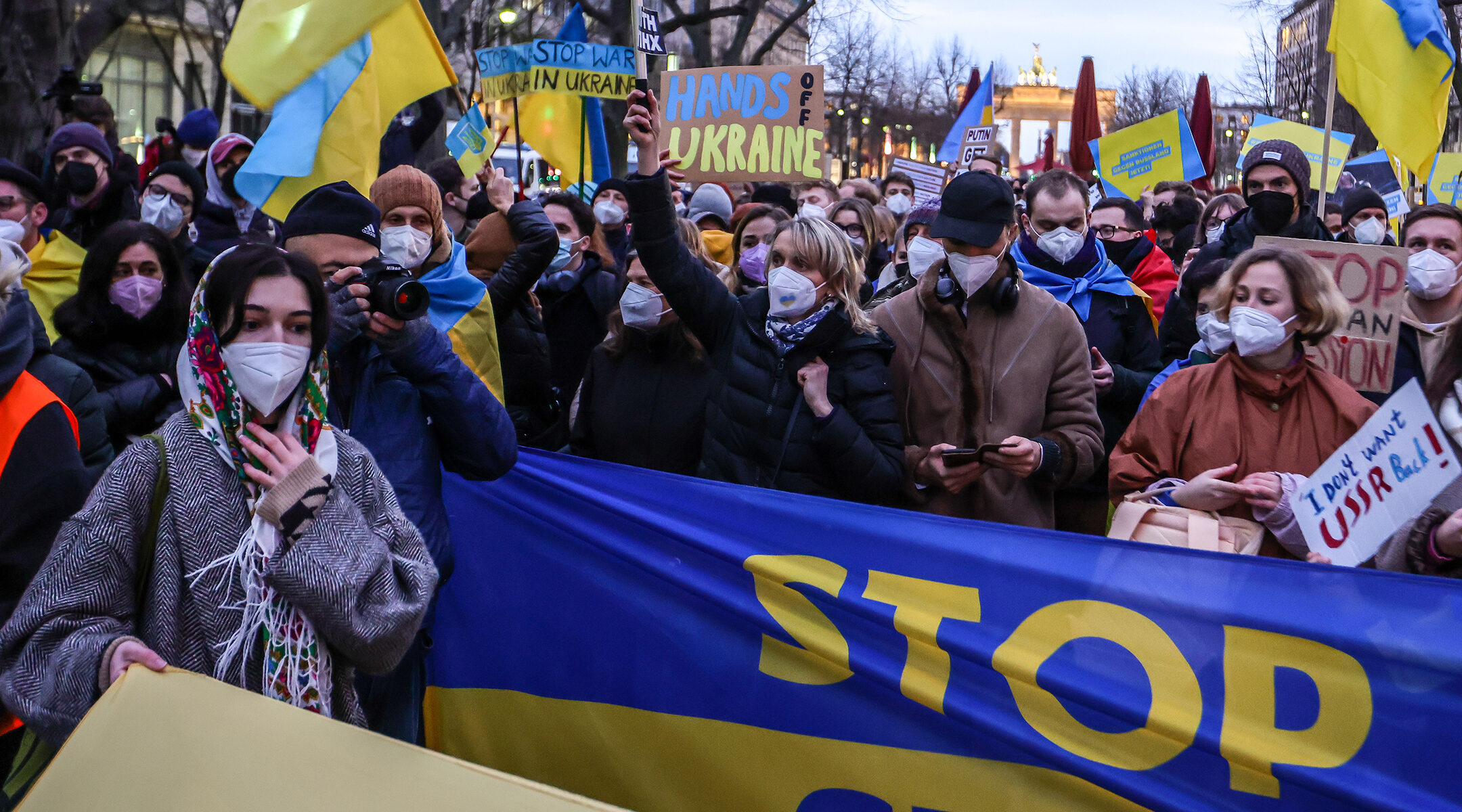 (JTA) — Prayers for peace are an integral part of Jewish worship. Now, they are also a central part of the communal Jewish response as fighting is underway in Ukraine where Russian troops invaded Thursday morning.

Here are excerpts from the responses we’ve seen so far from Jewish groups. Know of something we’ve missed? Please send it our way.

The Conservative/Masorti movement of Judaism and its affiliated organizations hosted a global prayer gathering over Zoom Thursday “for the well-being and safety of our brothers and sisters and all those in Ukraine under attack.” The event featured Rabbi Reuven Stamov of Kehilat Masoret, a synagogue in Kiev.

Rabbi Rick Jacobs, head of the Union for Reform Judaism, tweeted a call for peace.

“Nation shall not lift up sword against nation, nor shall they practice war anymore."

Isaiah's words ring in our hearts this morning as we pray for the people of Ukraine.

The Standing Committee of the Conference of European Rabbis, a group that counts among its members rabbis in both Ukraine and Russia among other countries, released a statement Thursday morning praying for peace.

“In light of the growing volatility in Eastern Europe, the Standing Committee of the Conference of European Rabbis prays for peace, hoping for a de-escalation of the situation, when nation shall not lift up sword against nation; neither shall they learn war anymore,” the group said.

We stand in solidarity with the Ukrainian people and remain committed to supporting Ukraine’s sovereignty and territorial integrity.

The National Coalition Supporting Eurasian Jewry, an organization that advocates for Jews in Eastern European and former Soviet countries, is hosting a webinar with Oksana Markarova, Ukraine’s ambassador to the United States since February 2021, to address the situation.

“NCSEJ condemns the Russian invasion and violation of the territorial integrity of Ukraine. We stand in solidarity with the Ukrainian people and urge a cessation of Russian military action,” the group said in a statement. “Putin’s justification to invade is totally without merit and his assertion that Ukraine is a fascist or Nazi state has no basis. The Ukrainian Jewish community is fully integrated and enjoys all the rights and privileges as any other Ukrainian citizen.”