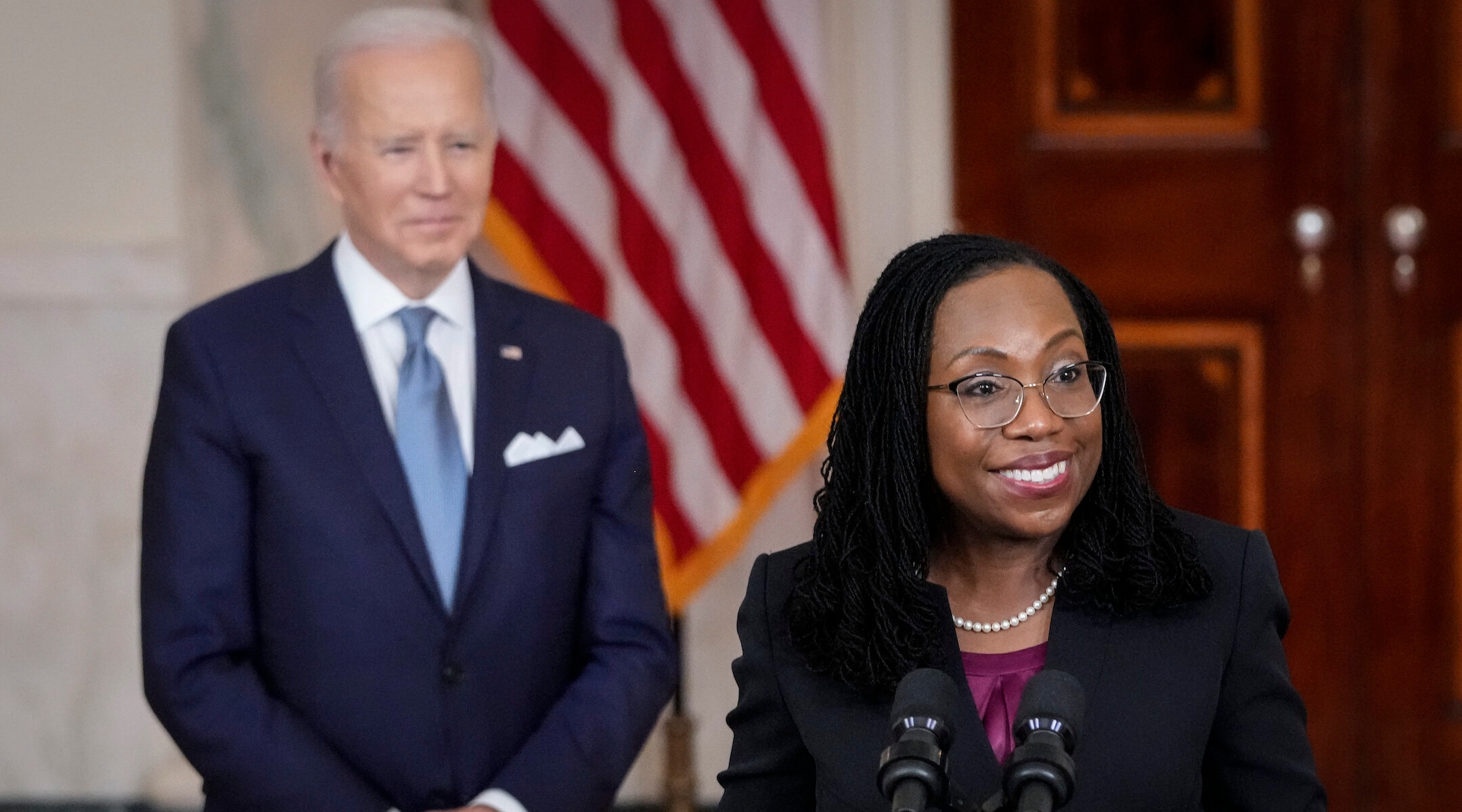 U.S. President Joe Biden looks on as Ketanji Brown Jackson, circuit judge on the U.S. Court of Appeals for the District of Columbia Circuit, delivers brief remarks as his nominee to the U.S. Supreme Court during an event in the Cross Hall of the White House Feb. 25, 2022 in Washington, DC. (Drew Angerer/Getty Images)
Advertisement

(JTA) — Among the students who benefited from Fran Berger’s coaching on the Miami Palmetto Senior High School debate team are dozens of lawyers, surgeons, judges and no small number of Ivy League graduates.

Now the Jewish debate coach, who died at the age of 61 in 2008, can also be credited with teaching and mentoring a Supreme Court nominee in Ketanji Brown Jackson.

Berger was a significant force in Jackson’s life and may have contributed to Jackson’s early aspirations to become a judge, something she already dreamed of in high school, according to The New York Times. Jackson has frequently cited her debate team at her predominantly Jewish high school as a formative experience in her life.

“Under the tutelage of an extraordinary woman named Fran Berger who was my coach and my mentor, I learned how to reason and how to write and I gained the self-confidence that can sometimes be quite difficult for women and minorities to develop at an early age,” Jackson said in a 2017 speech. “I have no doubt that of all the various things that I’ve done, it was my high school experience as a competitive speaker that taught me how to lean in despite the obstacles, to stand firm in the face of challenges, to work hard, to be resilient, to strive for excellence and to believe that anything is possible.”

Berger served as the coach at Palmetto from 1981 to 1998 where she frequently led her teams to regional and national championship wins. In 2002, Berger was inducted into the National Forensic League’s Hall of Fame. When she died in 2008, her former students fondly remembered her in comments on an online obituary.

“Fran, known affectionately as Mrs. Berger to her students, gave a voice to so many of us while teaching us to challenge, speak up and maintain confidence during speech and debate but more importantly during our every day life. We owe her a debt of gratitude,” Ryan Simovitch, a former student, wrote in a comment.

Berger’s husband, Steven, died in 2019; they are both buried in a Jewish cemetery in Miami. Her daughter, Amy Berger Chafetz, is heavily involved in Jewish causes, including as a board member of Jewish Federations of North America and through the Greater Miami federation and as a trustee of Cornell University’s Hillel.