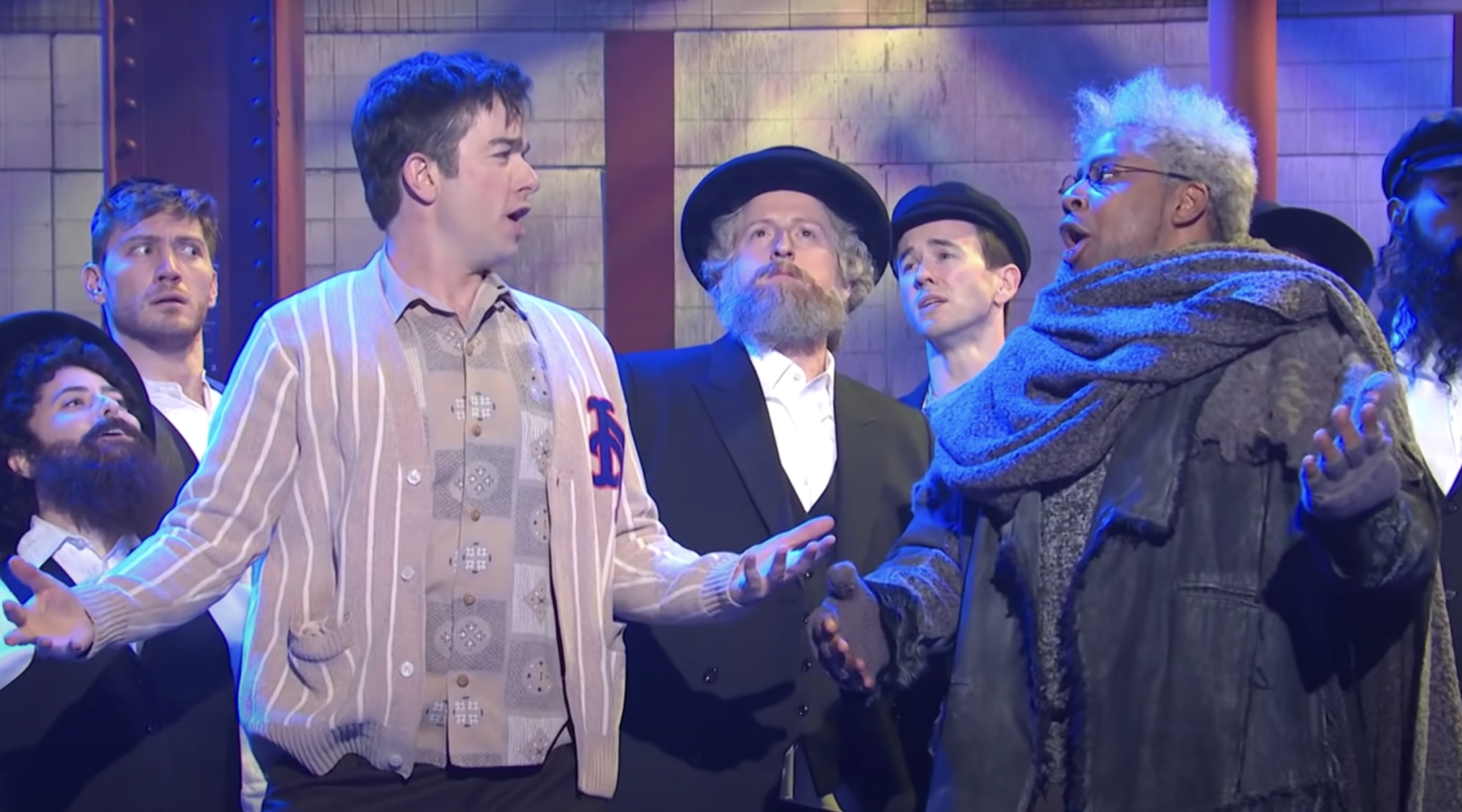 John Mulaney and Kenan Thompson perform a parody of “Fiddler on the Roof” with a chorus line of Hasidic dancers on “Saturday Night Live,” Feb. 26, 2022. (NBC, via YouTube)
Advertisement

(New York Jewish Week via JTA) — “Saturday Night Live” is famously “Live from New York,” and in the latest episode the show doubled down on the promise.

In a skit on Saturday’s episode, guest host John Mulaney led the cast in a parody of Broadway musical numbers that included an homage to “Fiddler on the Roof.” Mulaney plays a newsstand operator who sings about the horrors of the New York subway system, from erratic service to sketchy passengers to, yes, the “Mole Men” who are said to live in the tunnels.

“If I were a mole man,” he sings, adding in some “yubba-dubbas” from the “Fiddler” classic, “If I Were a Rich Man. “All day long I’d drink a shoe of rum, if I were a mole per-son!”

Soon Mulaney is joined by a chorus line of Hasidic dancers, who do a credible version of the tavern scene from the show. But wait, there’s more: When someone asks, “Was that the actual cast of ‘Fiddler’?”, Mulaney replies, “No, there’s just a lunch break at B&H Photo.”

Even many New Yorkers may need a footnote here: B&H Photo is an electronics megastore in Midtown Manhattan famously owned and staffed by Satmar Hasidic Jews. It was once even slapped with a lawsuit claiming it discriminates against non-Jewish employees (the suit was dismissed).

The skit, called “Subway Churro,” went on to include parodies of “South Pacific,” “Little Shop of Horrors,” “The Music Man,” “Les Misérables” and “Dear Evan Hansen.” The “Hasidic” dancers returned for the finale — based on, what else, “Jesus Christ Superstar.”