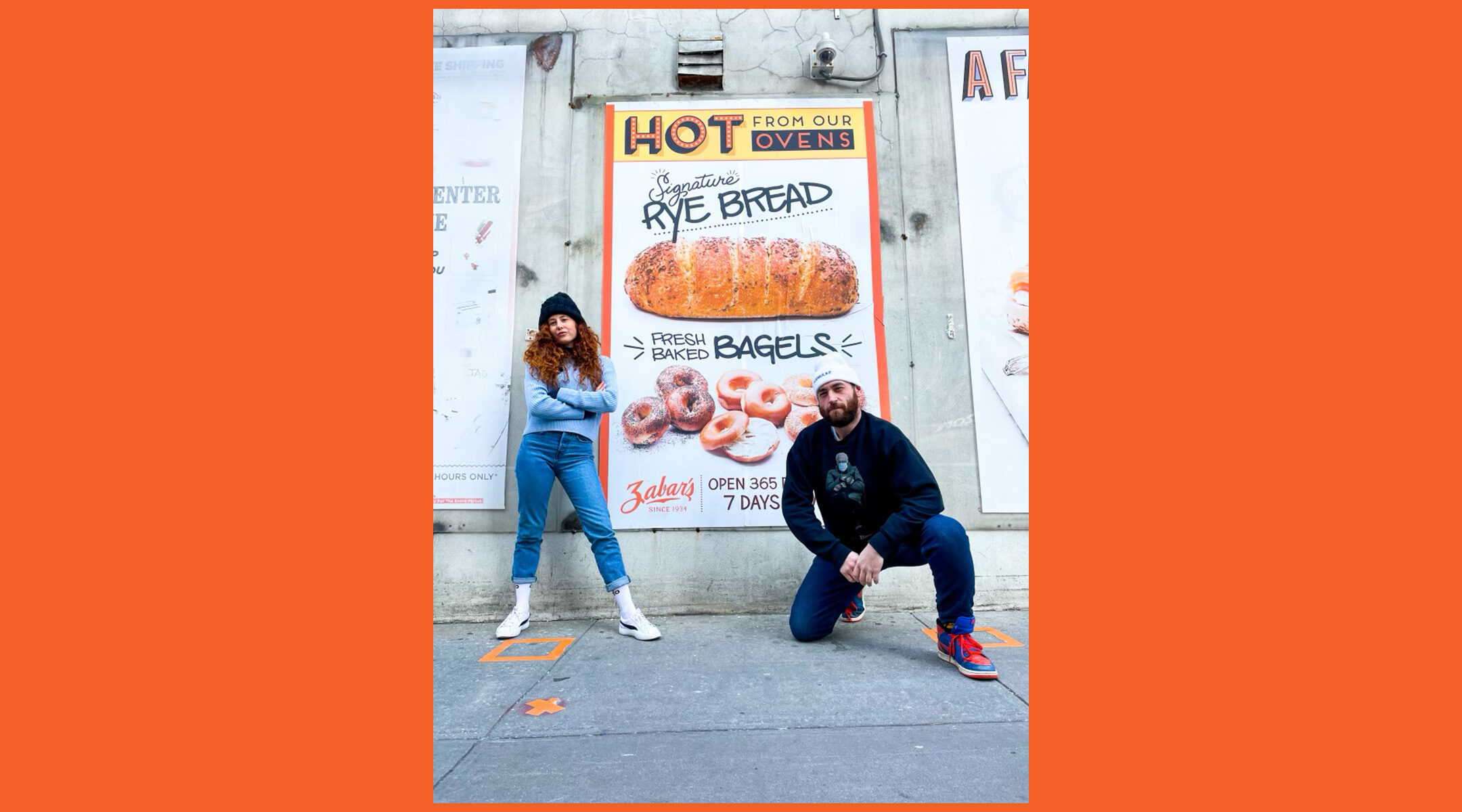 Fast forward a generation or two and the list might grow to include Robert Klein, Elayne Boosler, Jerry Seinfeld, Carol Leifer, Billy Crystal and Gilbert Gottfried.

According to comedians Eitan Levine and Tori Piskin, however, it’s time for a changing of the guard. They are trying to usher in a new generation of Jewish comedians with their new monthly stand-up show in New York City, which will showcase young Jewish comedians of different backgrounds, interests and talents.

Producing the first show, which is this Thursday, included booking the guests, securing a venue and setting up a promotional photoshoot outside of Zabar’s, the gourmet shop on the Upper West Side, which, to Levine, is “the cultural hub of the city.”

Levine and Piskin believe the show is the only all-Jewish comedy lineup in New York City right now, and are eager to see how it will fit in with the long tradition of Jewish comedy in New York while also carving its own path.

“I definitely feel part of that tradition,” Piskin, 30, told The New York Jewish Week. “But I also feel like we’re creating a new tradition within our comedy community, and people will talk about this generation of comedians 50 years from now. I think it’s time to bring a young, cool energy to this. Like when they reference [a Jewish comedian] I want it to be someone who’s under the age of 41, and maybe who hasn’t gotten a divorce yet.”

Levine also hopes to change expectations around what is and isn’t Jewish humor.

“So much of the Jewish comedy content is based in fear and the narrative that we’re scared all the time,” Levine said. “Hopefully seeing the show is a celebration of the culture and what’s exciting about being Jewish to us.”

Both Levine and Piskin grew up in the New York area, and noted that their comedy has shaped their Jewishness just as much, if not more, than their Jewishness has shaped their comedy. Piskin, who grew up secular on the Upper East Side (and, to her dismay, never had a bat mitzvah), didn’t recognize her comedic sense as particularly Jewish until she started making content on TikTok. That’s when the videos with Jewish themes — dating tribulations, fights with her mother and struggles with her unruly but luxurious curls — started going viral.

“People would come up to me and tell me how much they relate to my stuff because they’re Jewish, too,” she said. “I realized how much I could connect to people by being Jewish.”

Levine, 32, has recently been making “person-on-the-street” videos. He has been interviewing New Yorkers about their knowledge of Judaism, and has been fascinated to see how little some New Yorkers know about the Jewish community. Some identify as Jewish political figures who definitely are not: Donald Trump, Vladimir Putin, Abraham Lincoln.  Others sincerely debated if Jewish people could or did play basketball in an episode that Levine filmed outside Yeshiva University, whose men’s basketball team is a Division III powerhouse. (Although, to be fair, basketball hasn’t been a Jewish game since the 1950s.)

All of their time spent making content on the internet has helped the two realize how necessary it is to celebrate and draw attention to Jewish culture and comedy, even in New York City, which has the largest concentration of Jews in the world outside of Israel.

“Shows like this can bridge that gap and show that we’re more than stereotypes. If we’re exposing people to what regular Jews are like, I assume it will go a long way,” Levine said.

Neither comedian, whose careers are largely cultivated on the same social media sites where hate speech can run rampant, feels that they have received excessively hateful or antisemitic comments. More often they see ignorant, uneducated or simply unaware takes. For example, some commenters conflate the comedian’s Jewishness with their presumed opinions on Israel.

“It’s been really cool producing this show. We know so many funny Jewish comedians, and there’s always an instant connection between us, even though we have completely different Jewish backgrounds and individual stories about being Jewish,” Piskin said. “It’s just fun to all be in one place, and to be allowed to celebrate it.”