Zelensky: ‘I don’t feel the Israeli prime minister has wrapped himself in the Ukrainian flag’ 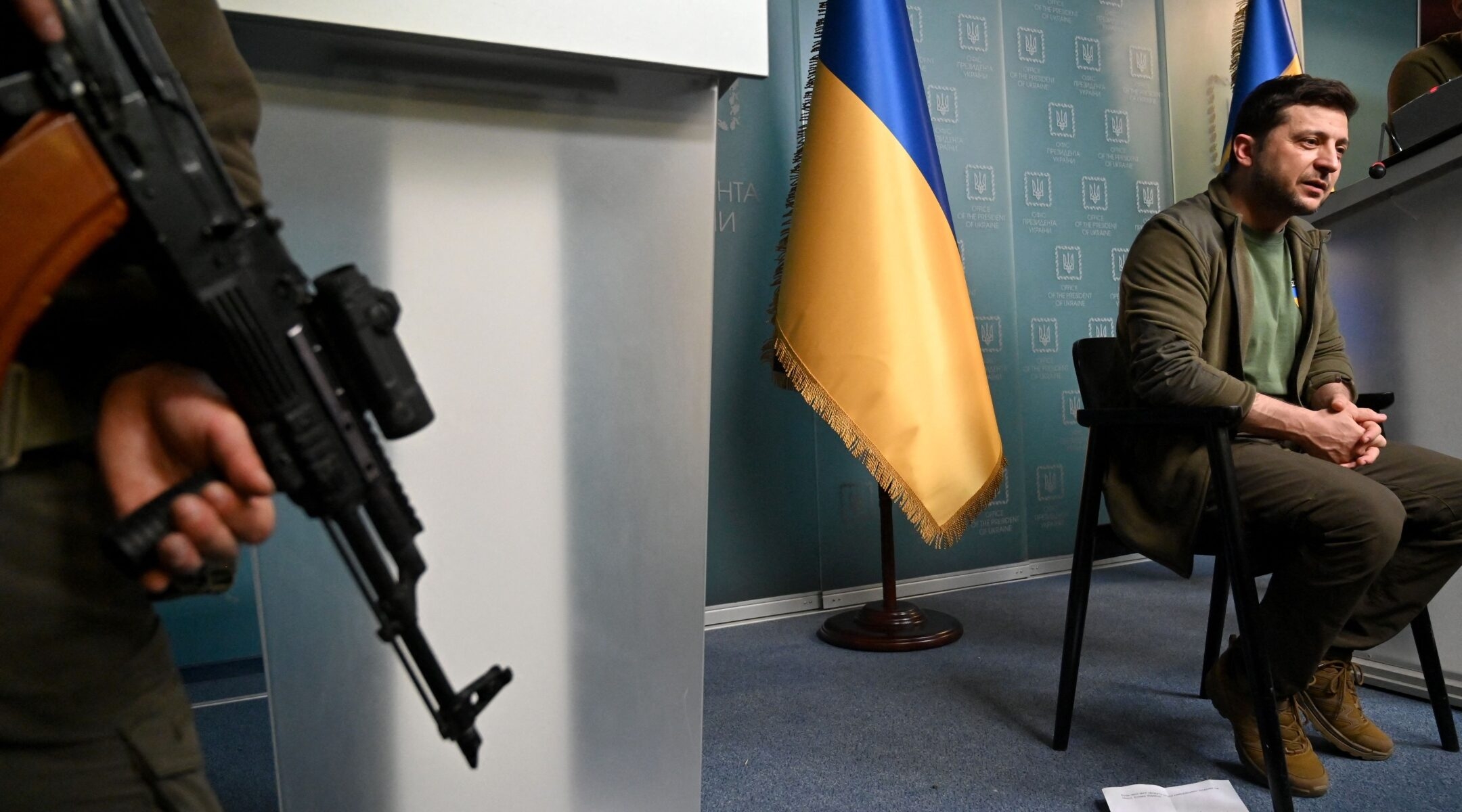 (JTA) — Volodymyr Zelensky, the Jewish Ukrainian president under siege, said he was moved by pictures of Israelis standing in solidarity with his country during the Russian invasion — but not so much the Israeli leadership.

“I saw a beautiful picture today,” he said in remarks translated into Hebrew by YNet, the Israeli news outlet that managed to attend Zelensky’s press conference in Kyiv on Thursday. “Jews wrapped in Ukrainian flags by the Western Wall in Jerusalem. They prayed and I thank them for it.”

But, he said, “I spoke with the Israeli leadership, we have not bad relations — but these things are tested in times of crisis. I don’t feel the Israeli prime minister has wrapped himself in the Ukrainian flag.”

The Israeli government, wary of Russia’s overweening influence and presence in the Middle East, has been slow to robustly condemn Russia’s invasion of Ukraine, although it joined the United States in a U.N. General Assembly condemnation on Wednesday. (Tom Nides, the American ambassador to Israel, tweeted that Israel had been “helping rally more members” to join the vote.) Israel also reportedly has declined to share antimissile systems with Ukraine.

Zelensky spoke on Wednesday to multiple world leaders, including Israeli Prime Minister Naftali Bennett. He noted each conversation on Twitter, including the one with Bennett — but the tweet about the Israeli prime minister stood out because Zelensky did not thank him, as he did the others.