Charles Entenmann wasn’t Jewish. But Jews saw his cakes and cookies as part of the family. 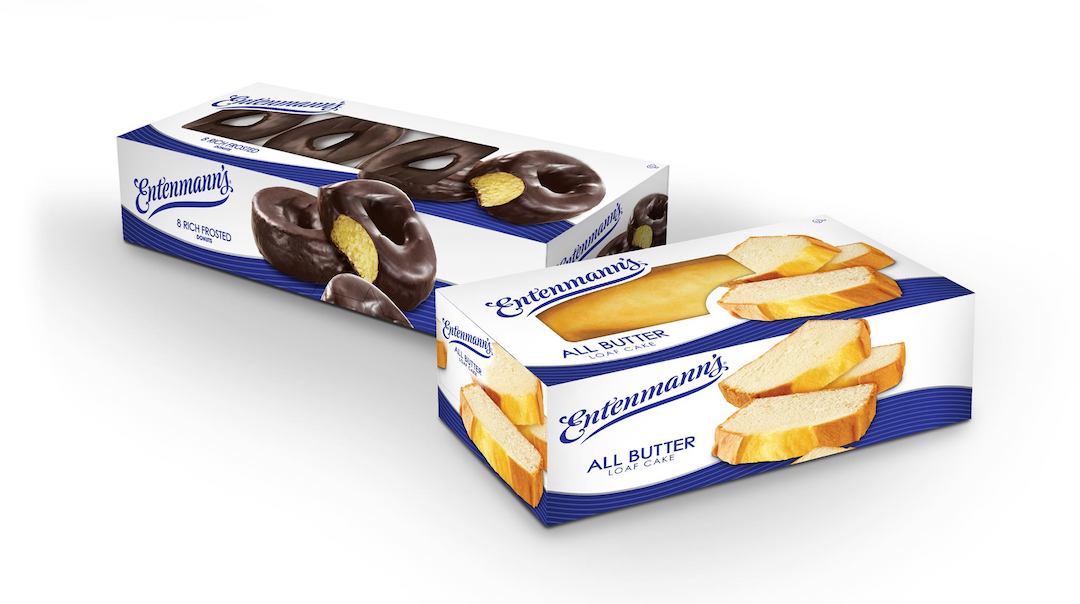 Entenmann's wasn't a "Jewish" brand, but its kosher certification brought it a huge Jewish customer base. (Entenmann's Facebook)
Advertisement

(New York Jewish Week via JTA) — Nothing seems so Jewish as a box of Entenmann’s cake or cookies.

“All of the Jews I know bought Entenmann’s,” wrote Nancy Kalikow Maxwell in her 2009 book “Typically Jewish.”

The bakery earned a place in Tablet magazine’s list of “100 Most Jewish Foods,” with an essay by TV producer and foodie Phil Rosenthal singing the praises of their chocolate-covered donuts.

Jodi Luber, who runs a Jewish food site, once wrote that, “When someone opened up an Entenmann’s cake, a knife went into the box and didn’t come out until the cake had died.”

And yet, the family that opened the bakery on Long Island and expanded into supermarkets across the country wasn’t Jewish. Charles Edward Entenmann, the family patriarch who helped make the company a national brand and who died Feb. 24 at the age of 92, was the grandson of a German immigrant who launched the bakery in Brooklyn in 1898.

Charles Entenmann was known as a shrewd businessman and inventor, who focused on engineering and technical aspects of Entenmann’s, according to Newsday. One of the company’s innovations was see-through packaging, which let shoppers preview what kinds of cakes, cookies and danishes they were getting through a cellophane window.

The company plant in Bay Shore, Long Island would grow from five acres in 1961 to 14 acres by 2014, writes Newsday, before Warner-Lambert bought the business for $233 million in 1978. Charles, who moved to Florida, was known for his support of health care, the environment and the Great South Bay YMCA, which he helped found.

The Entenmann’s reputation as a “Jewish” brand owes much to its adoption, in the 1980s, of kosher certification from the Orthodox Union. The company tapped a market for budget baked goods for Jewish families and hosts — the all-dairy alternative to Stella D’Oro’s parve, or non-dairy, cakes and cookies.

Sonya Sanford, writing in The Nosher, remembers Entenmann’s goods as one of her Jewish family’s non-homemade indulgences. “With a fair degree of regularity my father would come home with a white and blue rectangular box in his hand, the cursive ‘Entenmann’s’ logo comfortingly visible,” she wrote. “Price and kashrut may have been the reason my dad first bought an Entenmann’s cake, but it’s unlikely the sole reason we kept eating their pastries.”

In 2002, the OU’s newsletter celebrated Entenmann’s and another Jewish-adjacent brand, Thomas’ English Muffins, in an article declaring both “a kosher tradition.” In 2018, news that Bimbo Bakeries USA had acquired the company sent shock waves through the kosher-keeping world: Bimbo said it would be removing kosher certification from the breads made by Arnold, Sara Lee, Stroehmann, Freihofer’s and other brands it acquired in the deal. Entenmann’s and Thomas’, it turned out, would remain certified kosher.

The kosher symbol also assured people on halal and vegetarian diets that there were no pork or any other animal products in the recipes. “Entenmann’s success pointed out a previously under-appreciated  phenomenon: the impact of kosher symbols reaches well beyond the Jewish community,” wrote Gil Marks, in his “Encyclopedia of Jewish Food.”

After moving to Florida, Charles Entenmann founded a medical technology company that focused on sealing wounds. He was buried surrounded by friends and family last week in Oakwood Cemetery in East Quogue, New York.

“I’m going to tell you something that’s been pretty much a secret, most of my life anyway,” his son, also named Charles, told Newsday. “He didn’t eat Entenmann’s cake. He just wasn’t a dessert guy.”