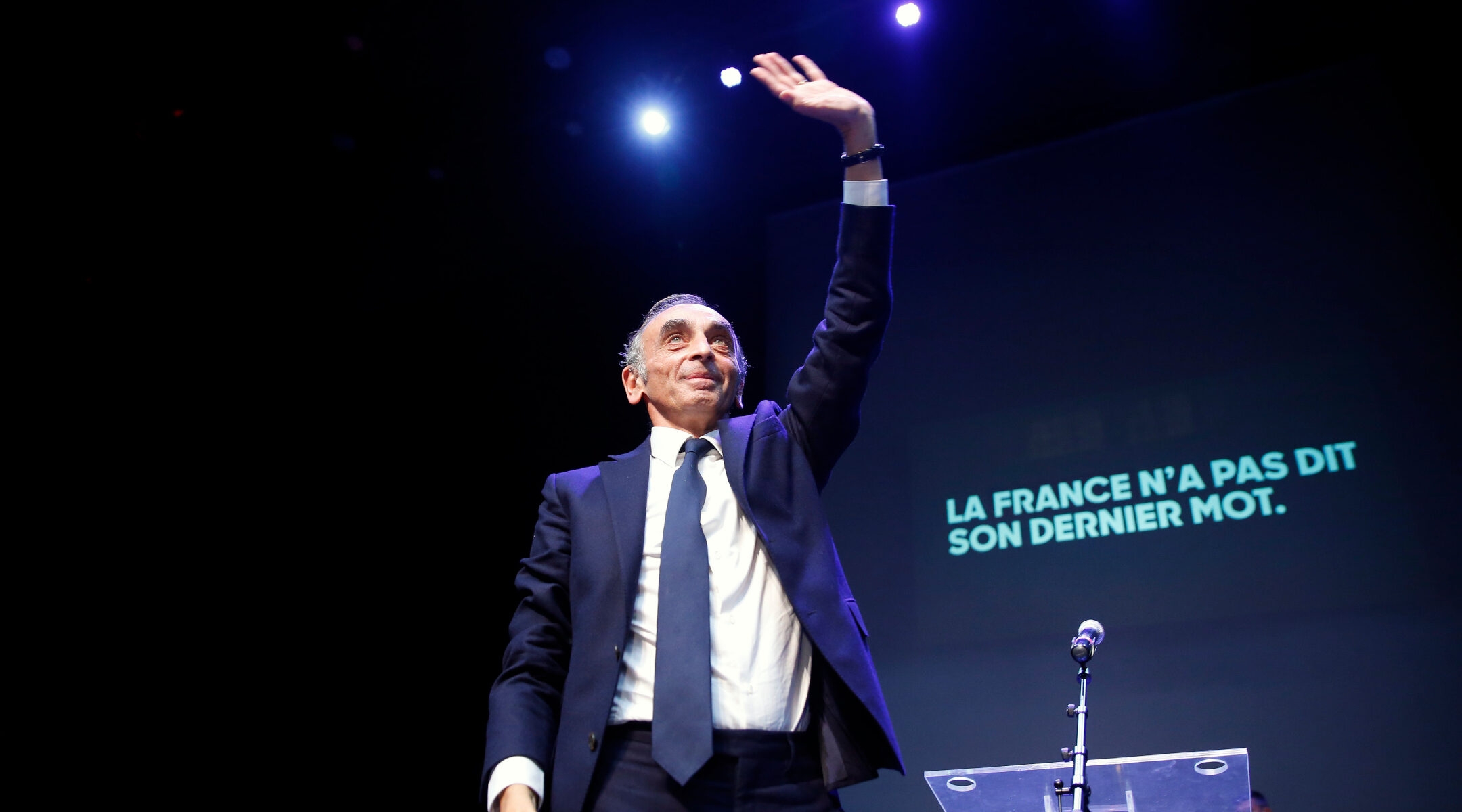 (JTA) – Eight women have accused Éric Zemmour, a Jewish candidate in France’s presidential elections, of sexual misconduct, dating as far back as 1999.

The women spoke on camera to Mediapart, a left-leaning news channel, about Zemmour, a far-right politician, with some saying he groped and kissed them against their will. Seven of the interviewees had already come forward with their accusations last year; an eighth woman added her testimony ahead of an expose aired by Mediapart this week.

The allegations against Zemmour, the most recent of them from 2019, date back to his work as a television commentator. He declared his presidential candidacy in November.

Zemmour has denied the allegations against him. “I don’t comment on my personal life,” he told TV channel France 2 in December. “These women have no proof; what they are saying is false. It’s their word against mine.”

One woman said that Zemmour had pressed her against the wall of an elevator, lifting up her arms, and inserted his tongue into her mouth in 2015, when he was a journalist.

Another said that he had asked her once to come into his office to help him solve a computer problem, then ran his hand up and down her back while she was working in a way that made her feel uncomfortable. Mediapart did not say whether any of the testimonies had been reported to police.

According to polling in France, Zemmour can count on about 12% of the vote in the first round of the presidential elections, which is scheduled for April 10. He and another right-wing candidate are tied at the third slot, trailing the more established far-right candidate Marine Le Pen, with about 18% in the polls, and the frontrunner, incumbent Emmanuel Macron, whom the polls give 31% of the vote in the first round.

Macron and the runner-up will continue to the second and final round on April 24. He is expected to beat Le Pen handily in a repeat of the 2017 election.

Zemmour has been convicted three times of inciting hatred against minorities, including by saying in 2019 that most drug dealers in France were African or Arab.