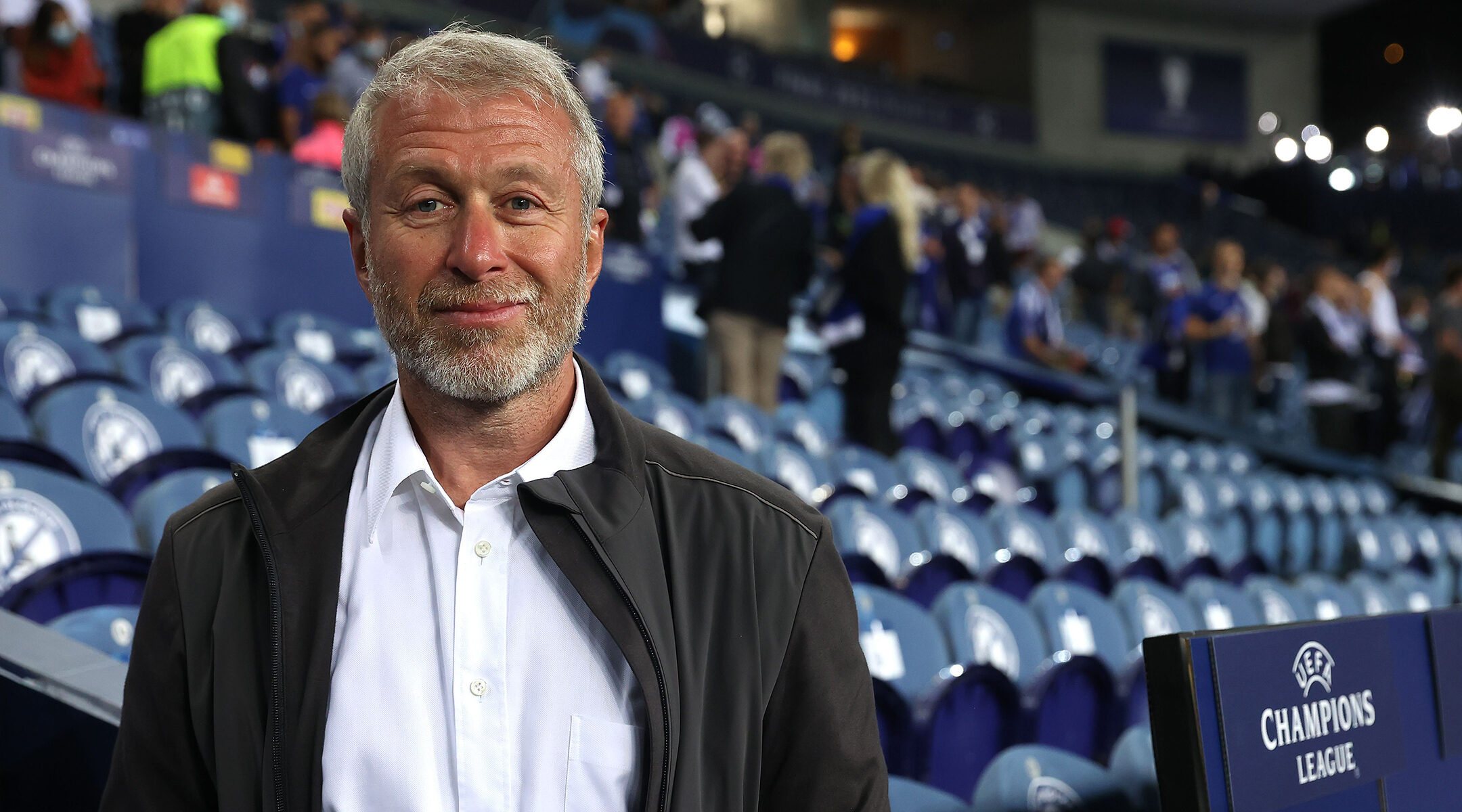 (JTA) — The Israeli Holocaust museum and historical authority Yad Vashem is suspending its philanthropic partnership with Roman Abramovich as the Russian-Israeli oligarch is hit with sanctions in the United Kingdom aimed at isolating Russian President Vladimir Putin and people close to him.

Abramovich, who made billions in the Russian oil industry but has denied that he was ever part of Putin’s inner circle, was in the process of donating tens of millions of dollars to Yad Vashem, the museum announced last month. British court documents have concluded that Abramovich has had “privileged access” to Putin over the years.

Yad Vashem has faced blowback over the donation, and the Israeli news reports claim that it had lobbied against sanctions for Abramovich, in the days since Putin invaded neighboring Ukraine.

“In light of recent developments, Yad Vashem has decided to suspend its strategic partnership with Mr. Roman Abramovich,” the center said in a statement on Thursday.

RELATED: Russia’s Jewish oligarchs and their donations come under threat of Western sanctions amid Ukraine war

That announcement came hours after the U.K. froze the assets and banned travel of Abramovich and six other Russia oligarchs.

Abramovich, worth around $12 billion, has reportedly donated hundreds of millions of dollars to Jewish institutions and causes in his native Russia. In recent years he has spent time in Israel, where he owns multiple properties, including the most expensive estate ever sold in the country. He has also donated $100 million to a group working to bolster Jewish settlements in East Jerusalem.

The asset freeze also puts the ownership transfer of England’s famed Chelsea soccer team, which Abramovich owns but said last week he would sell, in limbo. Abramovich had set up a major campaign through the club aimed at combating antisemitism in soccer.

On Wednesday, fellow Russian-Israeli energy businessman Leonid Nevzlin renounced his Russian citizenship, writing, “Everything that Putin touches dies.” Nevzlin was one of the first oligarchs to leave Russia in the early 2000s in response to Putin’s crackdown on political dissent. Israel has ignored Russia’s attempts to extradite him.

Western powers have dealt crippling sanctions on Russian businesses and individuals in the wake of Russia’s invasion of Ukraine, which began on Feb. 24.