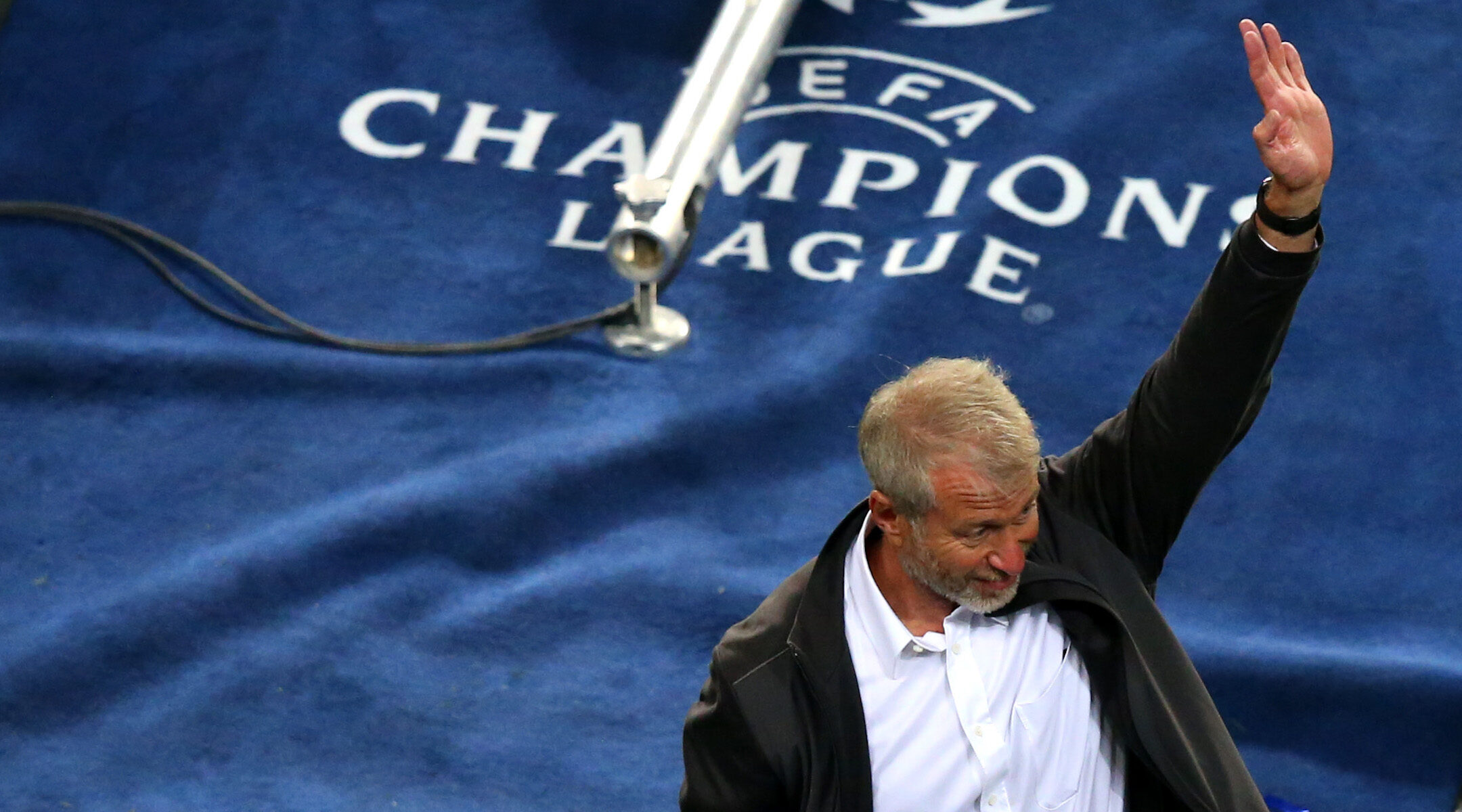 (JTA) — Roman Abramovich, the Russian Jewish billionaire under scrutiny over his ties to Russian President Vladimir Putin, announced Wednesday that he is selling the famed Chelsea Football Club he has owned since 2003.

Last week, Abramovich, 55, had stepped back from the Premier League club following pressure from members of the British parliament and as Western governments seek to punish Russia over its invasion of Ukraine.

“I would like to address the speculation in media over the past few days in relation to my ownership of Chelsea FC,” Abramovich wrote in a statement released by Chelsea about the decision to sell the club. “As I have stated before, I have always taken decisions with the Club’s best interest at heart. In the current situation, I have therefore taken the decision to sell the Club, as I believe this is in the best interest of the Club, the fans, the employees, as well as the Club’s sponsors and partners.”

In his statement, Abramovich also pledged that “all net proceeds” raised from the sale will go toward aid to “victims of the war in Ukraine.”

“This includes providing critical funds towards the urgent and immediate needs of victims, as well as supporting the long-term work of recovery,” he wrote.

Abramovich is the best known among several Russian Jewish “oligarchs” with close ties to Putin, many of whom have donated heavily to Jewish causes over the years. Several of the oligarchs have already been sanctioned by Western governments, meaning that they are being cut off from the global financial system. Abramovich is seen as a likely next target for sanctions.

In anticipation of possible sanctions, the head of the Israeli Holocaust museum Yad Vashem sent a letter in early February to U.S. ambassador to Israel Tom Nides urging Abramovich to be spared from penalties. Two days later, Yad Vashem announced an “eight-figure donation” from Abramovich.

Abramovich has reportedly donated hundreds of millions of dollars to Jewish institutions in Israel and across the world. The oil magnate, who is also an Israeli citizen, is worth an estimated $14 billion.