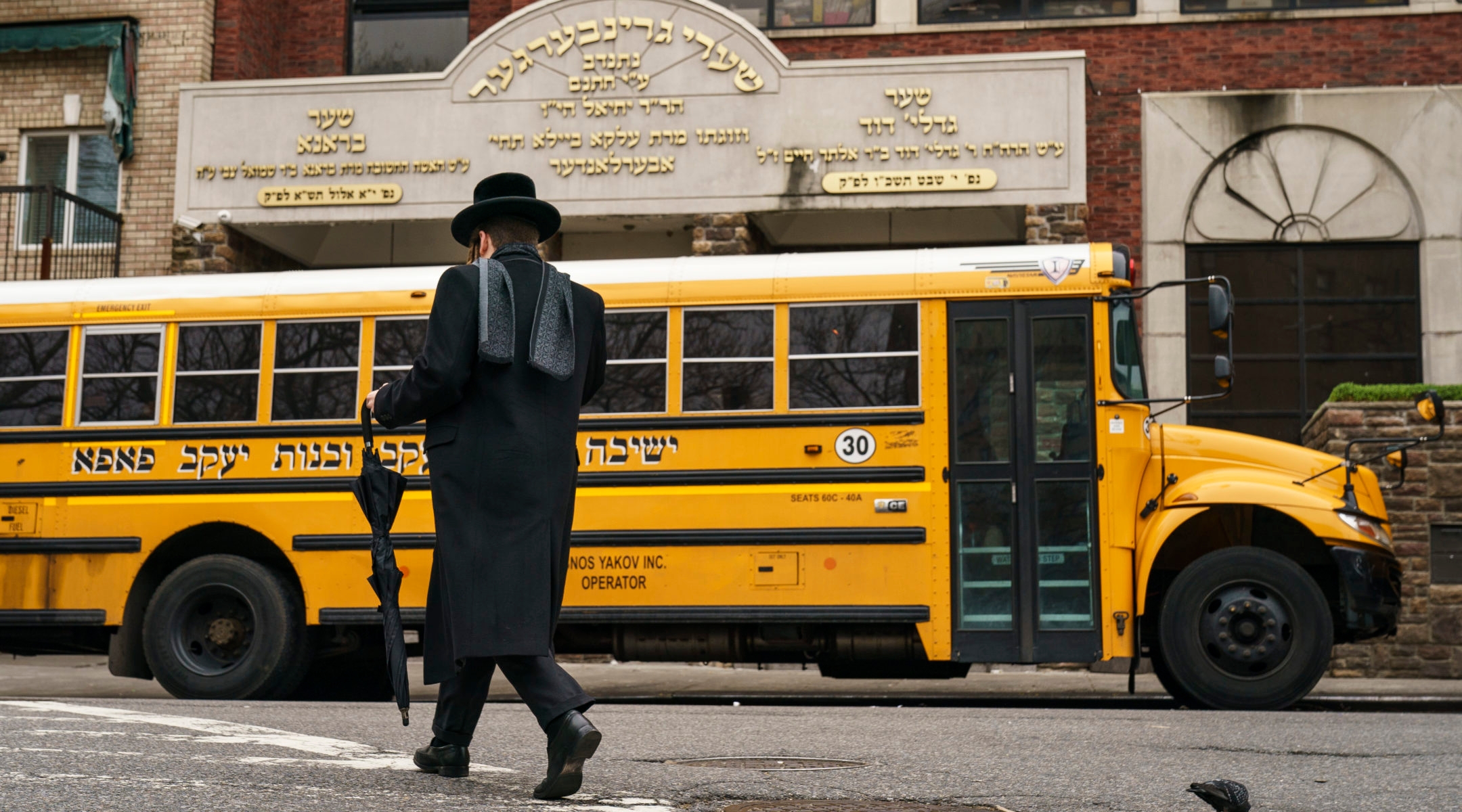 The new proposals offer several options for schools to prove their instruction is “substantially equivalent” to public schools, and will take into account different religious and cultural methods for teaching.

The proposal offers schools options if they do not want to be reviewed by  their local public school authorities. One option is for schools to test students using NYSED-approved assessments for core subjects like English, math and science. Another option allows schools to become accredited by an Education Department-approved accreditation organization.

Orthodox leaders, however, still consider the guidelines an assault on education at haredi Orthodox yeshivas, where the bulk of instruction is devoted to Jewish texts in their original languages. In a public statement, Agudath Israel of America, which represents haredi interests, rejected the new guidelines, insisting that they do not take into account the “educational value of religious study.”

“By ignoring this essential component of yeshiva education, the proposed new regulations may result in yeshivas having to make major changes to their school day schedules to be deemed substantially equivalent. This is entirely unacceptable,” the statement read.

Proponents of improving secular education at yeshivas welcomed the guidelines. Yaffed, a nonprofit that says yeshivas leave students with few skills to flourish in the secular world, commended the new proposed regulations.

“Knowledge is a birthright,” he said. “Every child has the right to a well-rounded education. We applaud this step forward by NYSED in the pursuit of that goal.”

The proposed guidelines come after years of discussion with major stakeholders, including leaders of Catholic schools, elite private schools and yeshivas. The parochial schools have fought to keep control over instruction and yeshivas, in particular, have been reluctant to comply with state regulations regarding instruction in English, math, science and social studies.

In a sign of the depth of that opposition, a prominent Hasidic leader implied his community has no intention of complying with the new regulations.

“Unfortunately, the guidelines as they are proposed are contrary to our traditions,” Rabbi Aaron Teitelbaum, the grand rebbe of the Satmar faction in Kiryas Joel, New York, wrote in a letter to the NYSED obtained by The New York Jewish Week. “We reviewed the proposed guidelines with great interest, and we cannot agree to them because we will no longer be able to provide the education that our parent body is expecting from our education institutions. Should we attempt to adapt the proposed guidelines, our parent body will revolt and create their own education system providing them what they’re looking for.”

The letter also invoked the Holocaust. “During the Holocaust, the Jewish world suffered colossal losses. Entire Jewish communities, men, women and children were completely wiped out. We are the children of the few survivors. It is our duty to rebuild what was destroyed,” wrote Teitelbaum.

Moster said he was disturbed but not surprised by Teitelbaum’s comments. “Yeshiva leaders routinely invoke the Holocaust and antisemitism essentially to try to shut down any legitimate scrutiny and criticism,” he said.

He also disputed the suggestion that the Satmar community would revolt against its rebbe. “We’re talking about a leader who dictates every single move and behavior of his people,” said Moster, who grew up in a Hasidic community in Borough Park, Brooklyn.

In the original 2018 proposal, NYSED required every non-public school to be reviewed by the local school district to determine if the schools were demonstrating substantial equivalency of instruction. There were no exceptions or considerations for different religious or cultural methods of teaching. After being struck down in court in 2019 and receiving over 140,000 comments, the new proposals offer several options for schools to prove their instruction is substantial.

“Our state is rich in diversity, from our cultural, racial, and religious backgrounds to the languages we speak,” Board of Regents Chancellor Lester W. Young, Jr. said in a press release announcing the guidelines. “These differences are assets that should be embraced so we can learn from each other. The Board and I are committed to ensuring students who attend school in settings consistent with their religious and cultural beliefs and values receive the education to which they are legally entitled.”

In the spring of 2021, Yaffed, which has been pushing the state to enforce its “substantial equivalency” regulation since 2012, released a report based on NYSED assessment data finding that in the state’s 127 “Orthodox Jewish” schools, only 19% of students tested proficient in math and English-language Arts. Sixty-six schools had one or more grades where zero students tested proficient.

The proposed guidelines will be presented to the Board of Regents at its March meeting on Monday, and will be subject to a 60-day period of public comments before a final vote. If no substantial revisions are made, the regulations could be approved this fall.