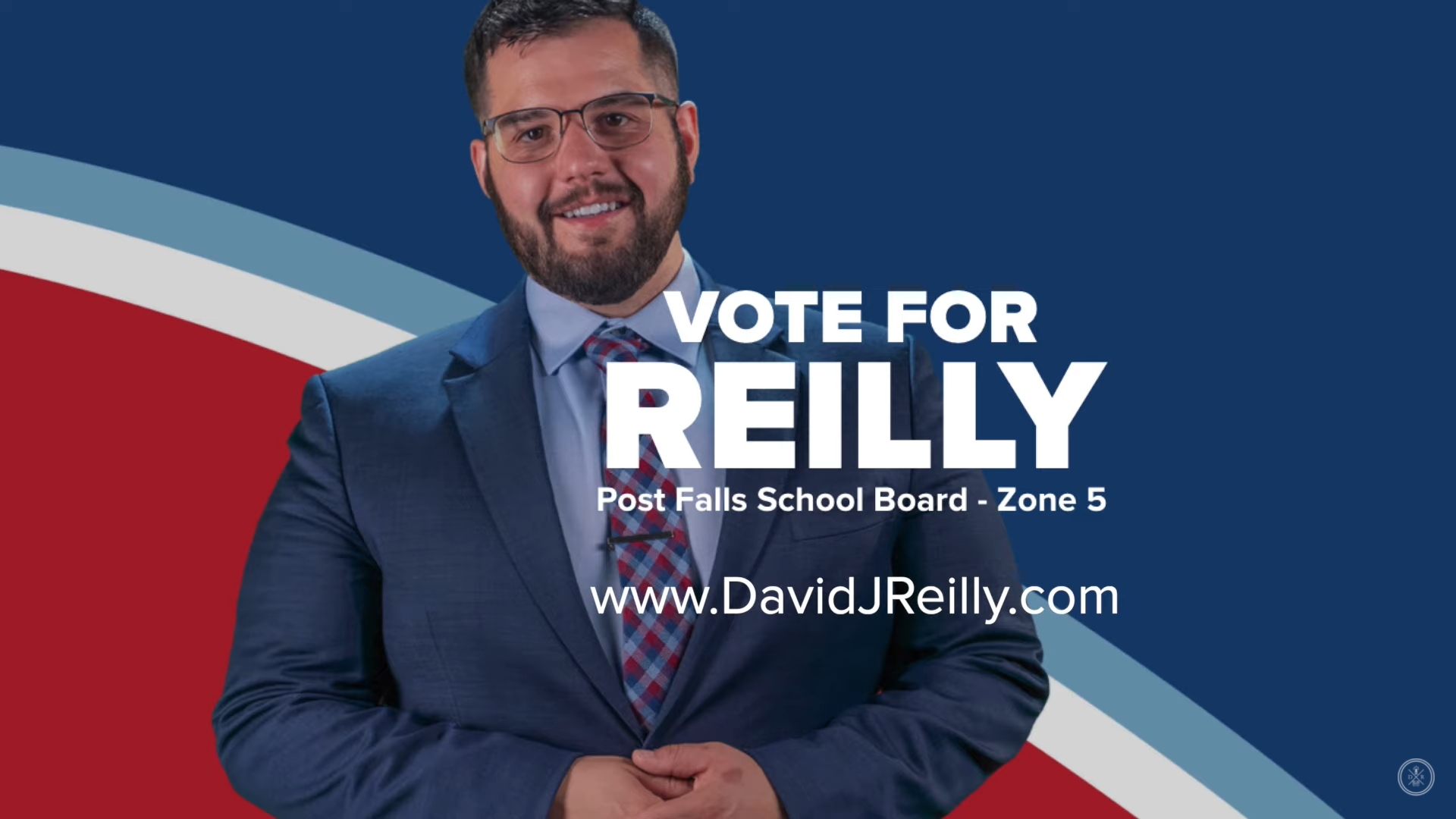 A campaign photo of David Reilly, who ran for a school board in western Idaho last year. (YouTube)
Advertisement

(JTA) — Dave Reilly is a longtime far-right activist with an extensive record of antisemitic, racist and misogynistic statements. So it would be hard to imagine him as a Democratic Party leader.

But that’s exactly what a Republican Party leader in Western Idaho tried to make happen in a scheme first reported Thursday by the Coeur d’Alene/Post Falls Press.

Dan Bell, the youth chairman for the Republican committee in Kootenai County, tried to rally fellow Republicans to switch parties in order to become Democratic chairs in a majority of 73 local precincts. The faux-Democratic chairs would then elect Reilly as party chair, according to the plan, and the ensuing controversy would drain attention away from the Republicans’ bad-faith takeover of the Democrats.

Reilly, who attended the deadly white supremacist march in Charlottesville, Virginia, in 2017, has said that “all Jews are dangerous” and that “Jews pretend to be white when it’s expedient for them.” He drew national attention in October when he ran unsuccessfully for an Idaho school board.

Essentially, Bell told another Republican in a 30-minute phone call that the local newspaper reported, Reilly’s inflammatory record would make him a sacrificial lamb.

“A guy that they call racist, antisemitic, Holocaust denier, Dave, that same guy would be the chair of the Kootenai Democrat [sic] Party,” Bell said in the telephone conversation.

Kootenai County Republicans tried in 2014 to hijack the local Democratic Party, which is vulnerable because it is so sparse in the heavily Republican region. They ultimately failed.

Bell said in the call that he was acting separate from his position on the Republican committee, although he had the backing of its chairman, Brent Regan. He said he had five people so far working with him. Bell did not return a Jewish Telegraphic Agency request for comment.