Holocaust survivor Inge Deutschkron, who hid in Berlin during WWII, dies at 99 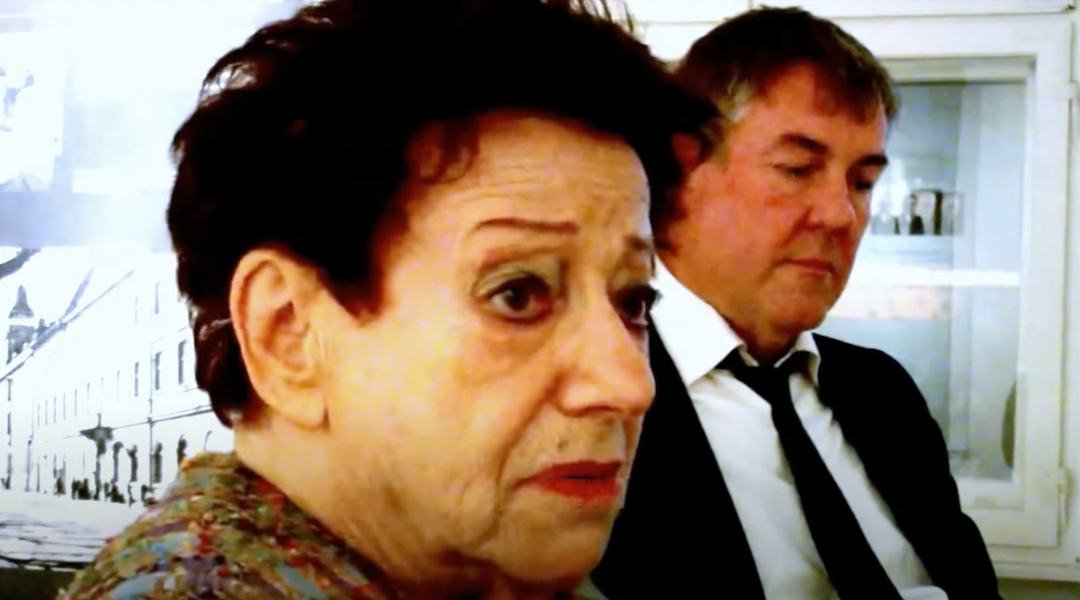 BERLIN (JTA) — Inge Deutschkron, a Holocaust survivor who hid in Berlin during the Nazi era and went on to become a prominent voice for remembrance, died Mach 9 at the age of 99.

In her 1978 autobiography, “I Wore the Yellow Star,” Deutschkron — who moved back to Berlin in 2002 after living in London and later Tel Aviv — described how she hid in and around the city as a young woman. Her story, which she later shared in many classrooms around Germany, became an inspiration and a warning.

“Despite everything that was done to her by Germans, Inge Deutschkron did not turn her back on Germany. She worked tirelessly to ensure that we learn the right lessons from the crimes committed during National Socialism,” German President Walter Steinmeier said in a statement. “As a contemporary witness, she helped keep the memory of those persecuted and murdered alive and helped form a generation of witnesses of the witnesses.”

Born in 1922 in Finsterwalde, a town south of Berlin, Deutschkron was five years old when her family moved to the capital. They felt more German than Jewish, until the Nazis came to power in 1933. Speaking at the annual Holocaust Remembrance Day ceremony in Germany’s parliament in 2013, Deutschkron recalled how her mother told her: “You’re part of a minority now. You have to show the other kids in your class that you’re no less than they are.”

“And she knew, of course, that I would do exactly that,” she added.

Her father, Martin Deutschkron, a schoolteacher, was fired and fled to England in 1939. But Inge and her mother, Ella, were not able to get out. In 1941, she got a job in Otto Weidt’s brush workshop for the blind in 1941. Weidt employed — and also helped save — workers who were deaf and blind, including many Jews. The site of the workshop is now a satellite exhibit of the Jewish Museum Berlin.

“In the company of other emigrants, my father met us at the train station in London. I saw it immediately,” she recalled in her speech at the Bundestag in 2013. “For these emigrants, we were like emissaries of their murdered relatives. They fought back tears when they saw us.”

Deutschkron moved back to Berlin in 2002 after working for years as a journalist and editor for the Israeli daily Maariv, for which she also covered the Auschwitz trials in Frankfurt in the 1960s.

A condolence book will be available for inscriptions in Berlin’s city hall from March 16-18.