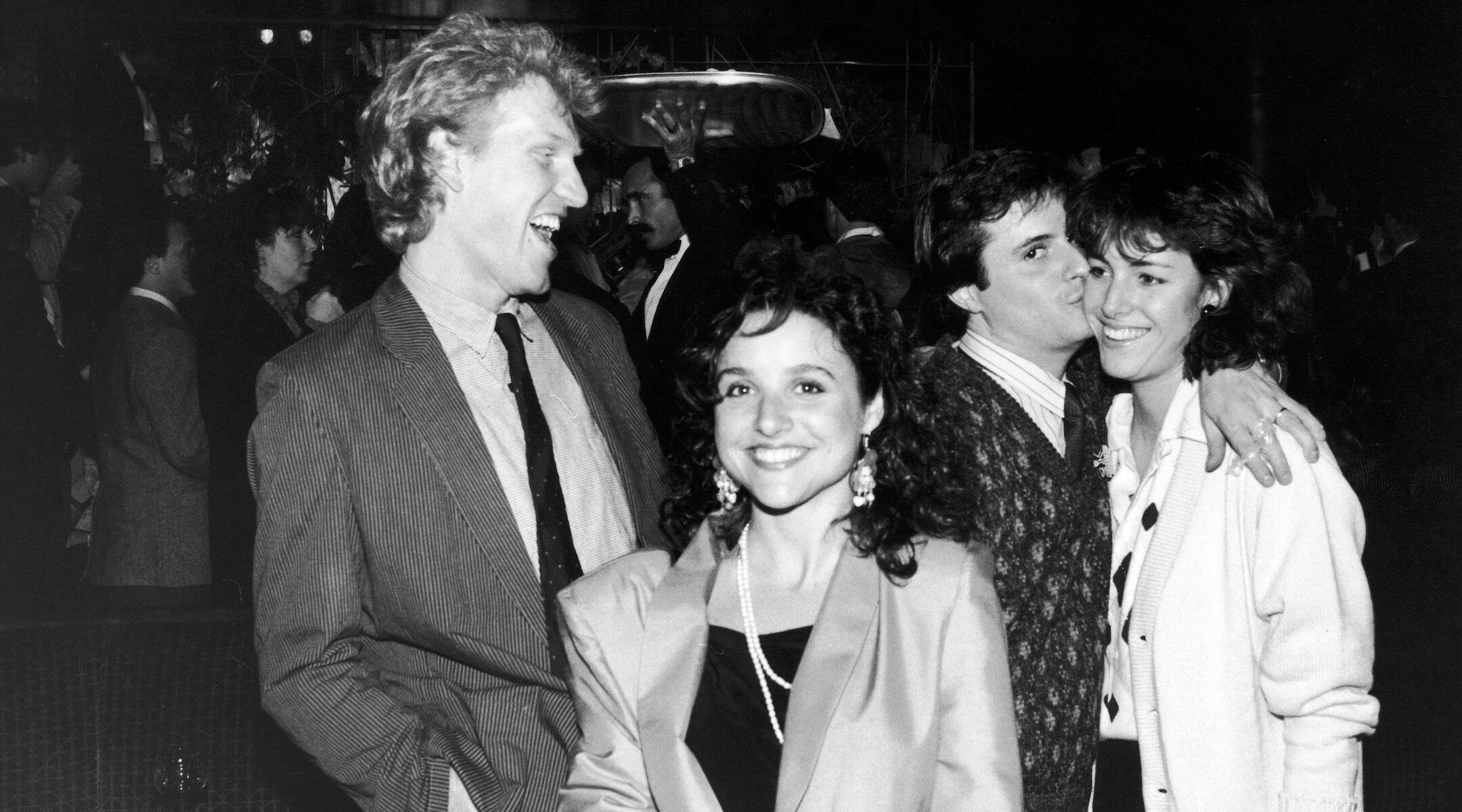 (New York Jewish Week) — The joyous and, yes, slightly drunken holidays of St. Patrick’s Day and Purim both fall on March 17 this year. As it happens, these Jewish and Irish festivals also collided in 1984 — and of course the funny folks over at “Saturday Night Live” had a sketch to mark the occasion.

The “cold open” from the March 17, 1984 episode — which was hosted by Billy Crystal, with musical guest Al Jarreau — has been making the rounds on the internet in recent weeks, as it lively (if drunkenly) sends up stereotypes of these two holidays, alongside the happy calendrical coincidence.

“What a fine, fine, fine St. Patrick’s Day it’s been,” she says. “The Unwed Mothers Marching Band played beautifully, there was green beer in the streets and green vomit in the gutters, and a belch on every lip.”

She’s soon interrupted by a “happy reveler” — Gary Kroeger — who says, in a drunken voice, “I’d like to wish you a happy Purim.”

“This might be St. Patrick’s Day to you,” he says. “But to us Jewish people, this is Purim… It’s a celebration of a day a long, long time ago, when the Jewish people didn’t get beat up again. So now we’re so happy, we drink.”

“Are you Jewish?” the confused Juicy asks.

“On Purim, everybody’s Jewish!” he says.

As the sketch continues, there are groggers, and there is Julia Louis-Dreyfus — yes, before “Seinfeld” and “Veep,” she was an “SNL” cast member from 1982 to 1985 — dressed as Queen Esther. Cast member Timothy James Kazurinsky makes an appearance as “Rabbi Father Timothy Owens,” who tells a completely nonsensical version of the “St. Purim” story.

But then, cheers erupt in this crowded bar (where, we should add, most men in the background are wearing yarmulkes). The “Grand Marshall” walks in — and it’s none other than New York City Mayor Ed Koch.

“Mayor Koch, what are you doing leading the St. Patrick’s Day Parade?” our Irish host asks the Jewish politician, who was mayor from 1978 to 1989.

“No, I’m here to plug my book,” says Koch, to loud cheers, holding up a very real copy of his autobiography, “Mayor,” which was published that year. “I would like to ask everyone watching to go out and buy a copy — and don’t just read a friend’s copy — buy your own. Buy several. They make great Purim gifts.”

(Here, Koch clues his host in that she’s at the Greenberg Cafe, and not the Green Birch cafe.)