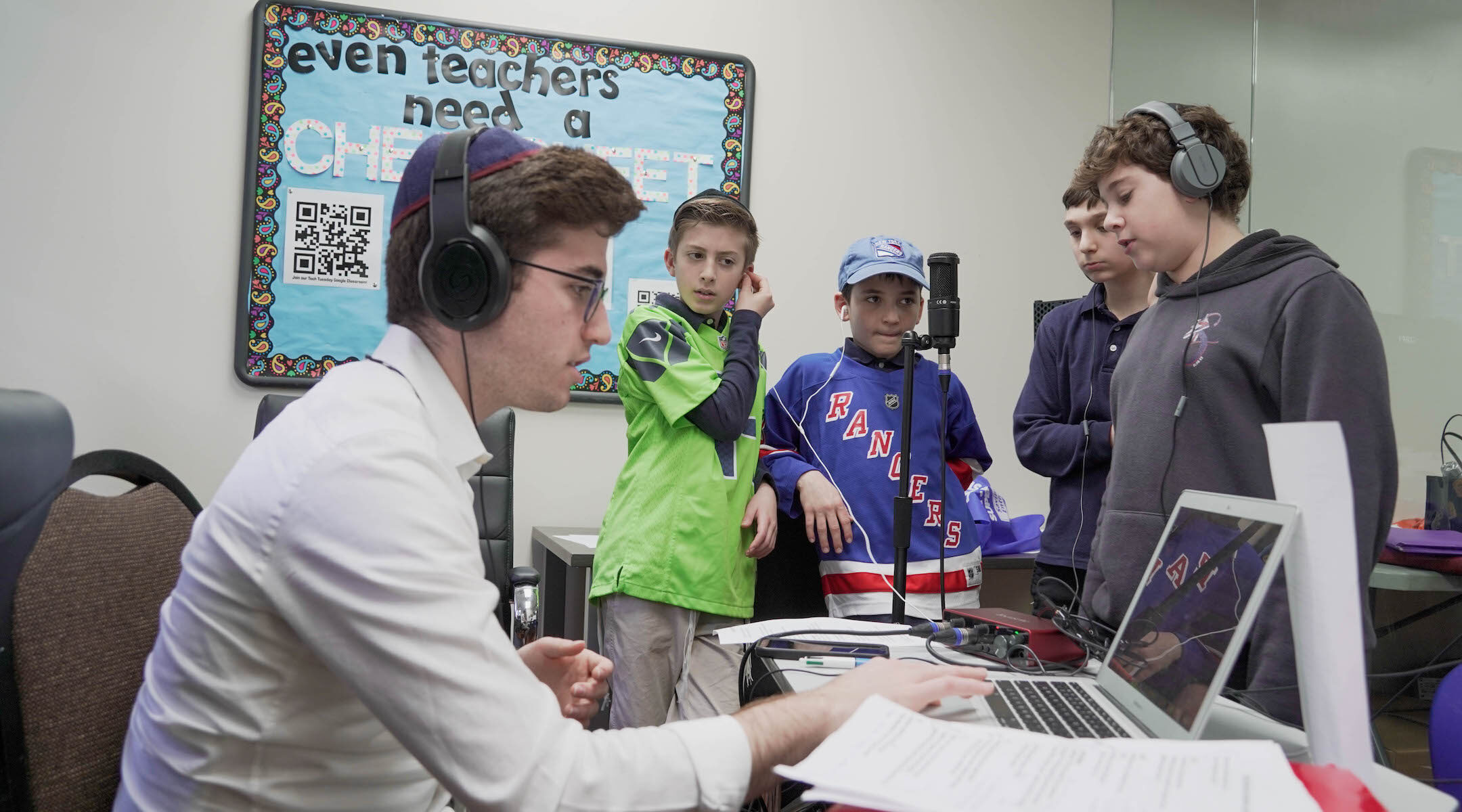 Ricky Sasson, music director and alumnus of Yeshivah of Flatbush, worked with students to created a Purim parody song and video set to the tune of "We Don't Talk About Bruno." (Courtesy)
Advertisement

In recent years, there’s been Erez Cohen’s “Shushan Funk,” to the tune of Bruno Mars’ “Uptown Funk,” or the Maccabeats’ “Purim Song” which spoofs Pink’s “Raise Your Glass.”

This year’s batch of Purim parodies, however, is all about the recent Pixar hit “Encanto” — and especially its mega-hit ensemble song, “We Don’t Talk About Bruno.” Our colleagues over at Kveller compiled a roundup of the wide world of “Encanto”-themed Purim parodies on the Internet this year — including, naturally, a version by the Jewish a cappella OGs, the Maccabeats.

But the best of the bunch may be by the lower school students at the Modern Orthodox day school in Flatbush, who on Monday released their own “Encanto”-inspired song and video, “We Don’t Bow Down to Haman.” (Purim begins tonight.)

The four-minute video features about 75 students from the school’s choir and music elective, according to Ilana Lax, the Yeshivah of Flatbush’s director of marketing and communications, who helped produce the video.

Lax said the video only took a couple of weeks for the school to put together. Elliot Olshansky, who has written parody songs for the Jewish a cappella outfit Six13 — the group behind the viral Hanukkah-themed “West Side Story” parody in December 2021 — worked with the school on the lyrics. Music director Ricky Sasson, who graduated Yeshivah of Flatbush’s Joel Braverman High School in 2020, arranged the music, taught the lyrics to the students and helped choreograph the video.

This was the first year the school made a Purim parody video, but it certainly won’t be the last. “We felt like it was time to try to uplift everyone’s spirits after a tough couple of years with the pandemic,” Lax said. The original song was written by “Hamilton” mastermind Lin-Manuel Miranda, who himself was a member of a Jewish a cappella group at his alma mater, Wesleyan University.

There are just over 1,400 students in the Yeshivah of Flatbush lower school, which includes an early childhood program, as well as an elementary and middle school.

The students in the video range from kindergarten through the eighth grade. Like the centuries-old tradition of Purim “shpiels” — satiric performances that often include popular songs with new lyrics — the song take viewers through the Purim story, from Vashti’s banishment to Esther’s installment as queen to Mordechai saving King Achasverosh’s life. The title refers to the story’s anti-Jewish villain.

“One of the things that was important to us about the message of the song was to make the statement that we still don’t bow down to Haman, despite all the antisemitism in the world,” Lax said. “We wanted to empower our students to deliver that message themselves.”

The students, she said, are very excited about how the video turned out. “We played the song in the lunchroom today,” she told the New York Jewish Week. “When the music started playing the kids were all jumping up and down and singing. A lot of the kids feel like celebrities now.”