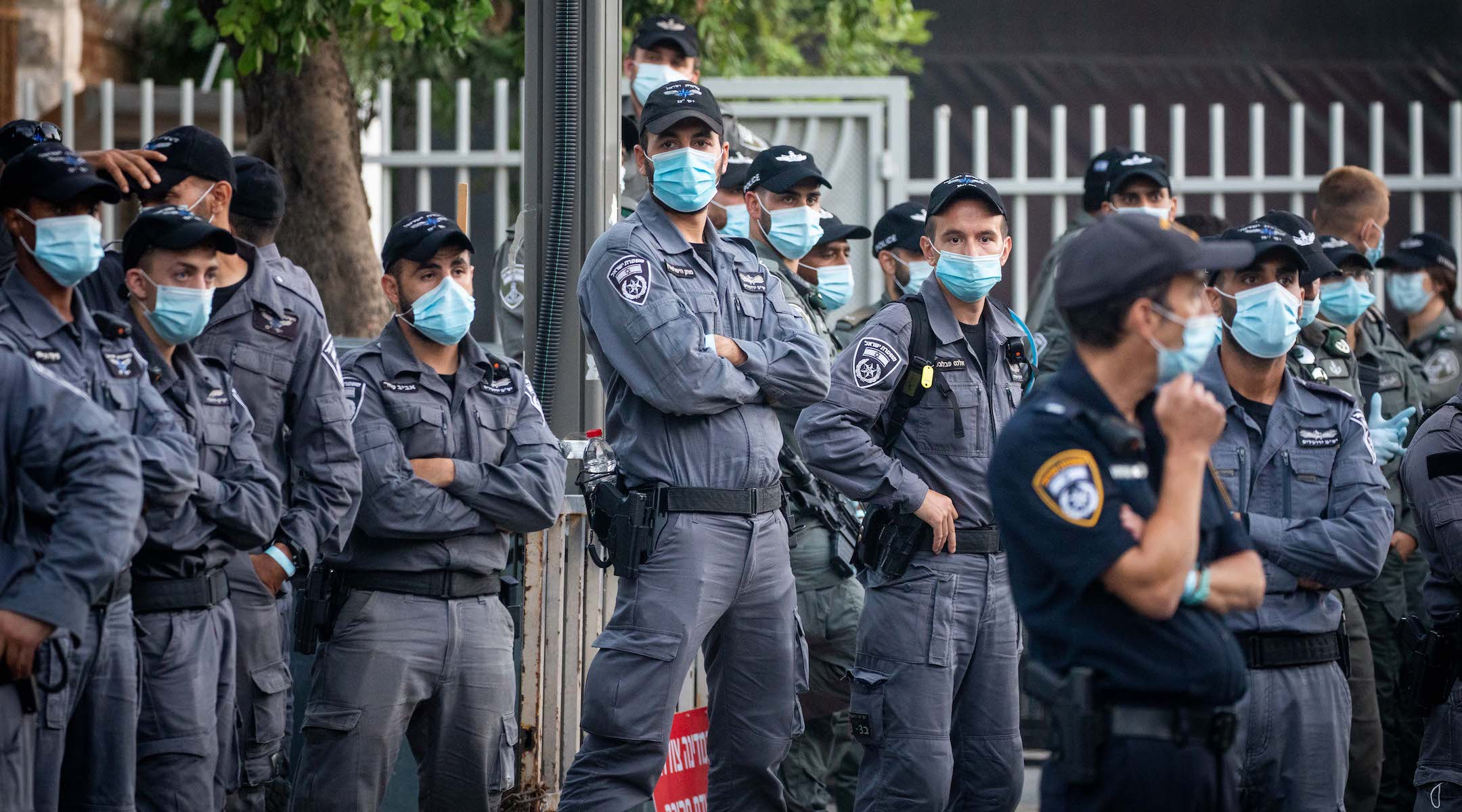 (JTA) — In the summer of 2020, with protests against racism and abusive policing swirling in the United States, the Anti-Defamation League defended its programs in Israel training  American police officers from critics who said they imparted violent and militarized tactics.

“Seeking to link Israel as a state to U.S. police misconduct is a bizarre excuse for the centuries-long history of racism and injustice that has been part of American history, really since our founding,” George Selim, the group’s senior vice president of programs, told the Jewish Telegraphic Agency that July.

In fact, Selim had recently authored an internal memo recommending that the group end the police training trips, both because of the criticism the trips engendered — and because the ADL could not say that all of the criticism was false.

“In light of the very real police brutality at the hands of militarized police forces in the US, we must ask ourselves difficult questions, like whether we are contributing to the problem,” wrote Selim and another top ADL official, Vice President for Law Enforcement and Analysis Greg Ehrie, in a June 9, 2020, memo to ADL CEO Jonathan Greenblatt.

The memo’s existence was first reported Thursday by Jewish Currents and the Guardian. It reveals that the ADL privately took seriously the possibility of discarding a police training program that its critics have called a “deadly exchange” at the same time it was defending the programs publicly.

An ADL spokesperson told JTA that the memo, which identifies itself as “draft/predecisional,” was part of an in-depth review of the police training trips that the group undertook amid the racial justice protests. The protests were launched in response to the May 2020 murder of George Floyd by a police officer in Minneapolis.

The memo, the spokesperson said, “was meant to ask the toughest questions, even ones we didn’t agree with, and arrive at potential conclusions that might challenge our senior leaders in advance of a larger discussion on the program.”

The memo argued that ending the training trips would cut costs, “satisfy activists’ demands” and align with likely decision-making by local public officials. But it cautioned that such a move “could imply culpability when ADL does not believe we did anything wrong” and open the group to renewed criticism from both the right and left.

Ultimately, the group decided to continue the training program, but with a revised curriculum and a new process in place to measure its effectiveness and impact, according to the spokesperson, who said Selim had waited in 2020 to speak with JTA until that decision had been made.

There have not been any trips since 2019, when the Anti-Defamation League quietly paused them, and none is scheduled right now. But the group says it remains committed to training law enforcement officials and could expand those programs over time.

The ADL is one of three groups that have offered training trips to Israel for U.S. police officers. More than 1,000 people, mostly senior law enforcement officials, have gone on trips run by the ADL, the Jewish Institute for National Security Affairs and the Georgia International Law Enforcement Exchange. The trips are generally privately funded and are free for participants, though none of the organizations would share with JTA in 2020 the exact sources of the funding or the costs of the trip.

The ADL has said the trips are intended to increase the American participants’ “understanding of extremist and terrorist violence, mass casualty attacks and [building] community resilience.”

The ADL memo says each trip cost $115,000, and the group has allocated “upward of $200,000 per year in the staff time it takes to staff the trips and defend the trips from controversy.”

Much of the criticism has been driven by Jewish Voice for Peace, an anti-Zionist group that published a 2018 report calling the trips a “Deadly Exchange.” The group says the exchanges allow police forces from two countries with histories of racial discrimination and allegations of oppressive policing to swap strategies.

The group said the memo revealed by Jewish Currents and the Guardian was evidence that its campaign had been successful — and that it should continue.

“Our collective power is working: The ADL never would have disrupted their US-Israel police exchanges without the power of our multiracial intersectional coalition forcing them into a corner,” Jewish Voice for Peace’s executive director, Stefanie Fox, said in a statement.