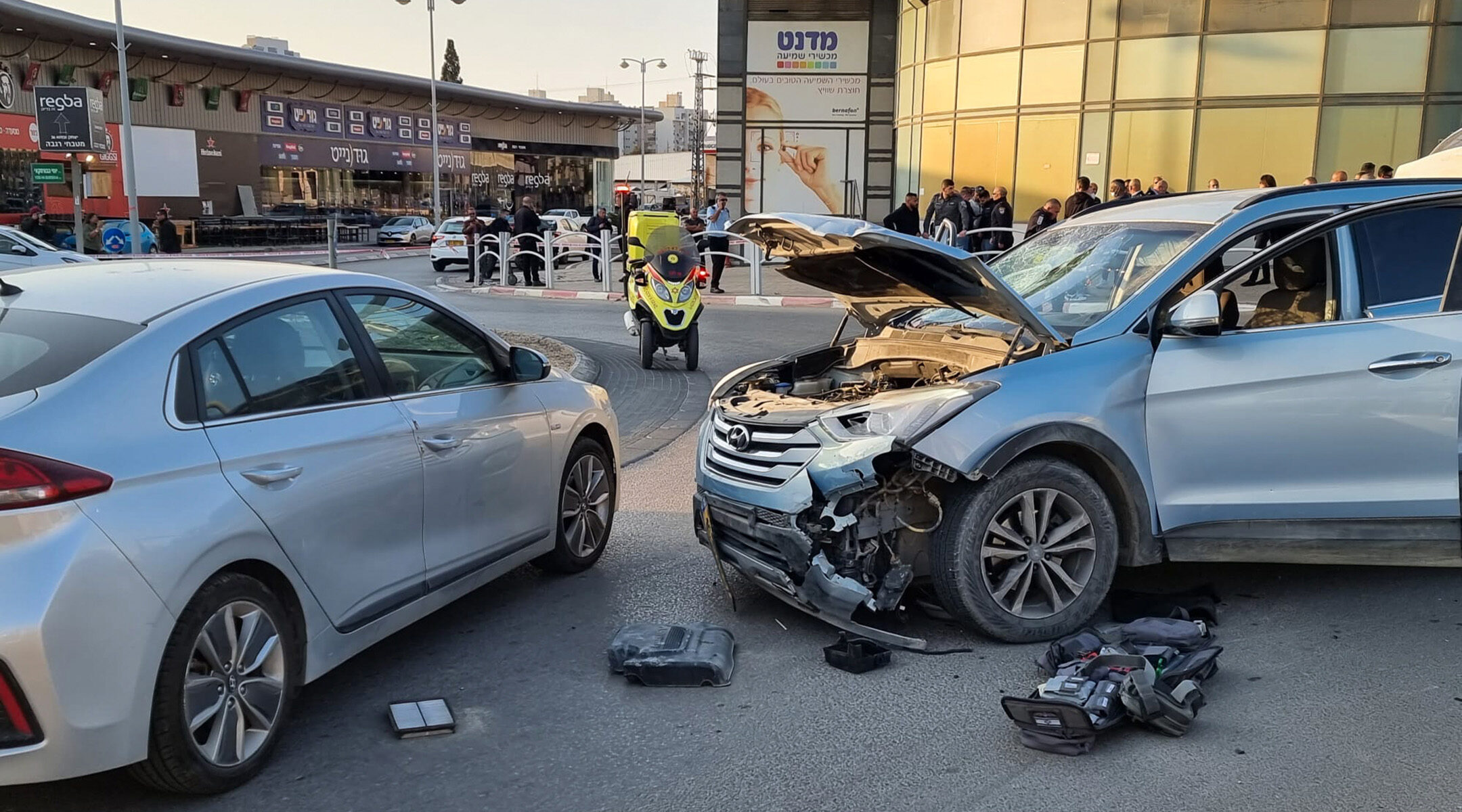 The scene of a car ramming and stabbing attack outside the big shopping center in Beersheba, Israel, March 22, 2022. (Flash90)
Advertisement

(JTA) — An assailant killed four people at a shopping mall in Beersheba, Israel, on Tuesday, in what Israeli authorities are describing as a terrorist attack.

The man injured at least one other person in the attack in the southern city on Tuesday, Israeli reports said.

The attacker hit a cyclist with his car, killing the cyclist, then exited his car at the mall and stabbed three people to death before being shot to death by a bus driver. The dead included three women and a man. Police are searching for a suspected second assailant.

Kann News, a government-run news station, said the attacker was an Israeli citizen and a Bedouin. The Hamas and Islamic Jihad terrorist groups praised the attack but did not directly claim responsibility.

Kann reported that there have been repeated calls by Islamist terrorist groups for knifing attacks on Israeli citizens in recent weeks. The Jerusalem Post reported that this was the third stabbing attack in Israel in a week.