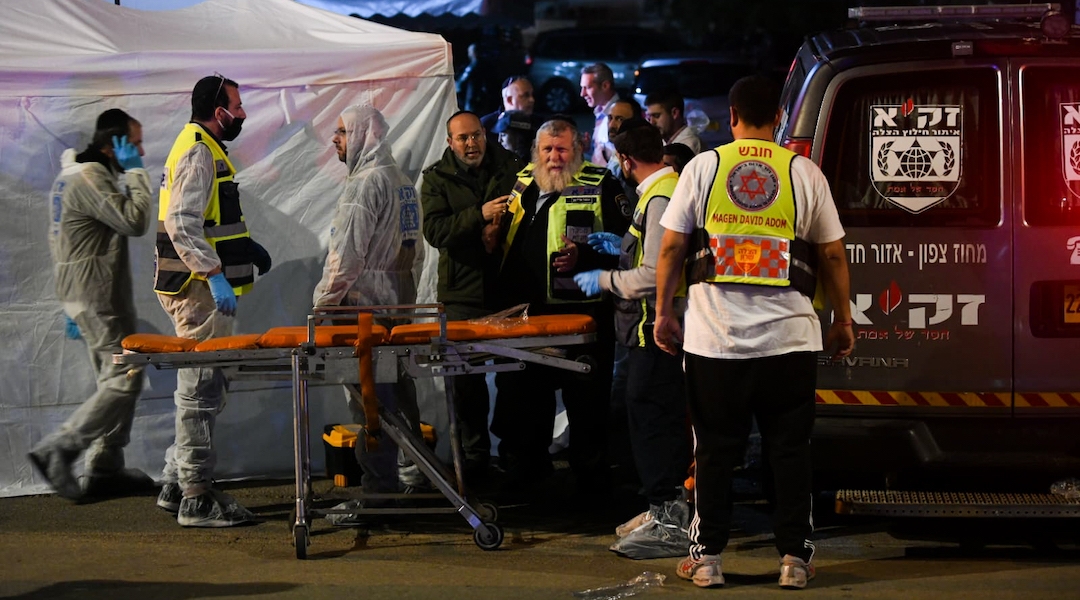 (JTA) — Two people were killed during a suspected terror attack Sunday night in the Israeli city of Hadera.

The two gunmen opened fire at a bus stop in the city, which was located near several restaurants. Both of the gunmen were killed by undercover police officers who happened to be eating nearby, according to The Times of Israel, and six others were wounded in the shooting.

The attack came as Israeli Prime Minister Naftali Bennett and Foreign Minister Yair Lapid met with leaders of Bahrain, the United Arab Emirates, Morocco, and Egypt, in the Southern city of Sde Boker to discuss regional threats and security in an unusually large meeting of Arab leaders in Israel. The attack also comes less than a week after another suspected terror attack in which an assailant killed four people at a shopping mall in Beersheba.

Israeli security officials have warned of an increased risk of terror attacks in the coming weeks as the major Jewish, Muslim and Christian holidays converge during the spring.

“All the foreign ministers denounced the terror attack and asked to send condolences to the families and wishes for the recovery of the wounded,” Lapid said in a statement, according to The Times of Israel.