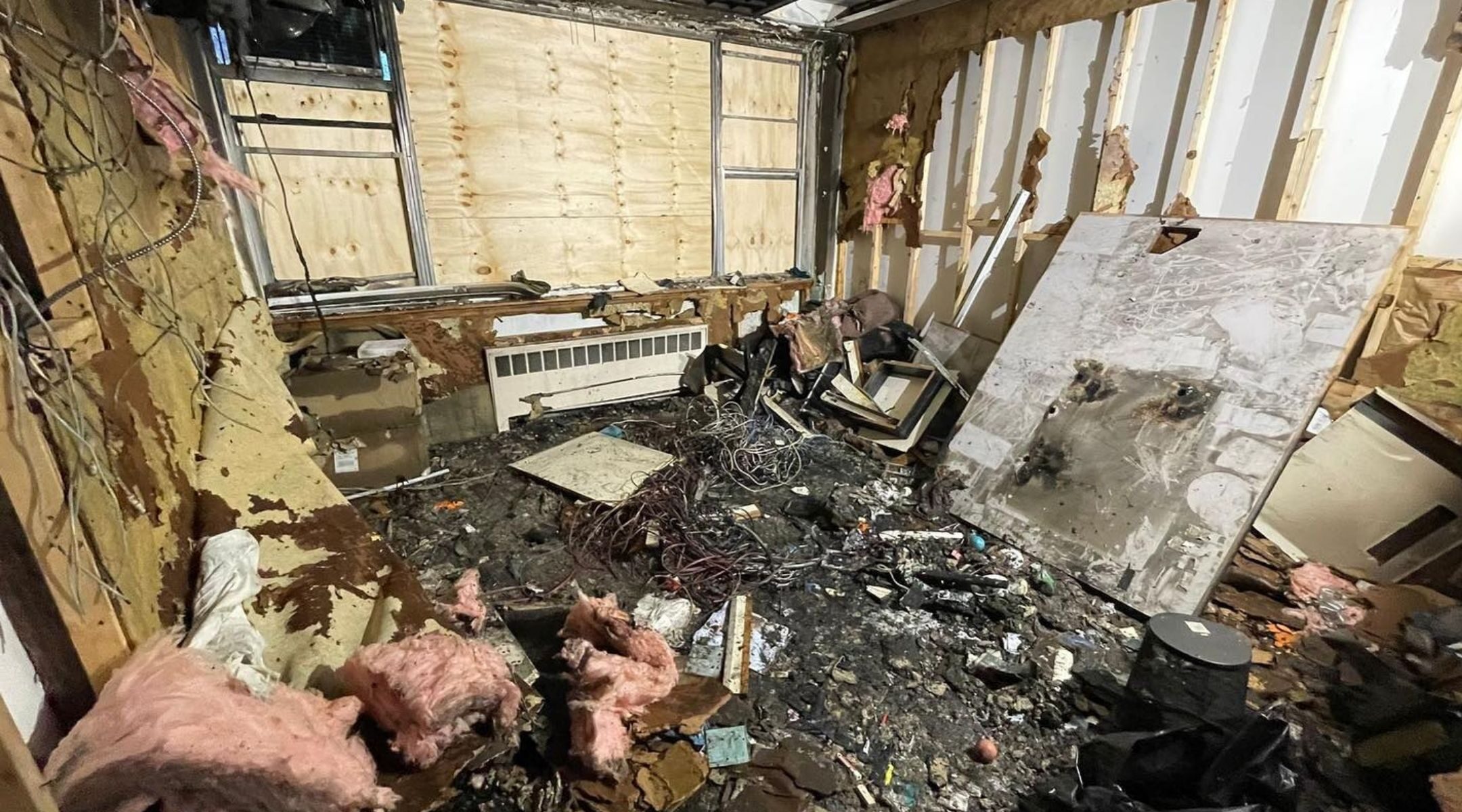 Nachum Segal's studio on Manhattan's Lower East Side was destroyed in a fire on March 28, 2022. (Courtesy)
Advertisement

(New York Jewish Week) — The Lower East Side studio of Jewish radio personality Nachum Segal was destroyed in a fire on Sunday.

The studio, at 551 Grand Street in Manhattan, was the headquarters for the Nachum Segal Network since 2002, where Segal hosted his popular radio show, “Jewish Moments in the Morning.” Also known as “JM in the AM,” the show was broadcast on WFMU in Jersey City until 2016, and now streams on Segal’s own platforms.

Segal said that fire marshalls believe the blaze was an electrical fire, which ended up consuming almost all of the studio. “That destruction is difficult to deal with,” he told the New York Jewish Week.

Numerous photographs had adorned the walls of the studio, which included leading rabbis, Jewish politicians, major league sports stars and more. All were destroyed. “The walls, just themselves, were a tremendous loss,” Segal said.

He added that a 20-volume scrapbook showcasing his career and the network’s growth over the years was salvaged in the fire. “We lost mostly everything,” he said. “All the equipment is destroyed and a lot of the memorabilia is going to be missed, but that multi-volume scrapbook is really important to me and I’m glad it survived.” 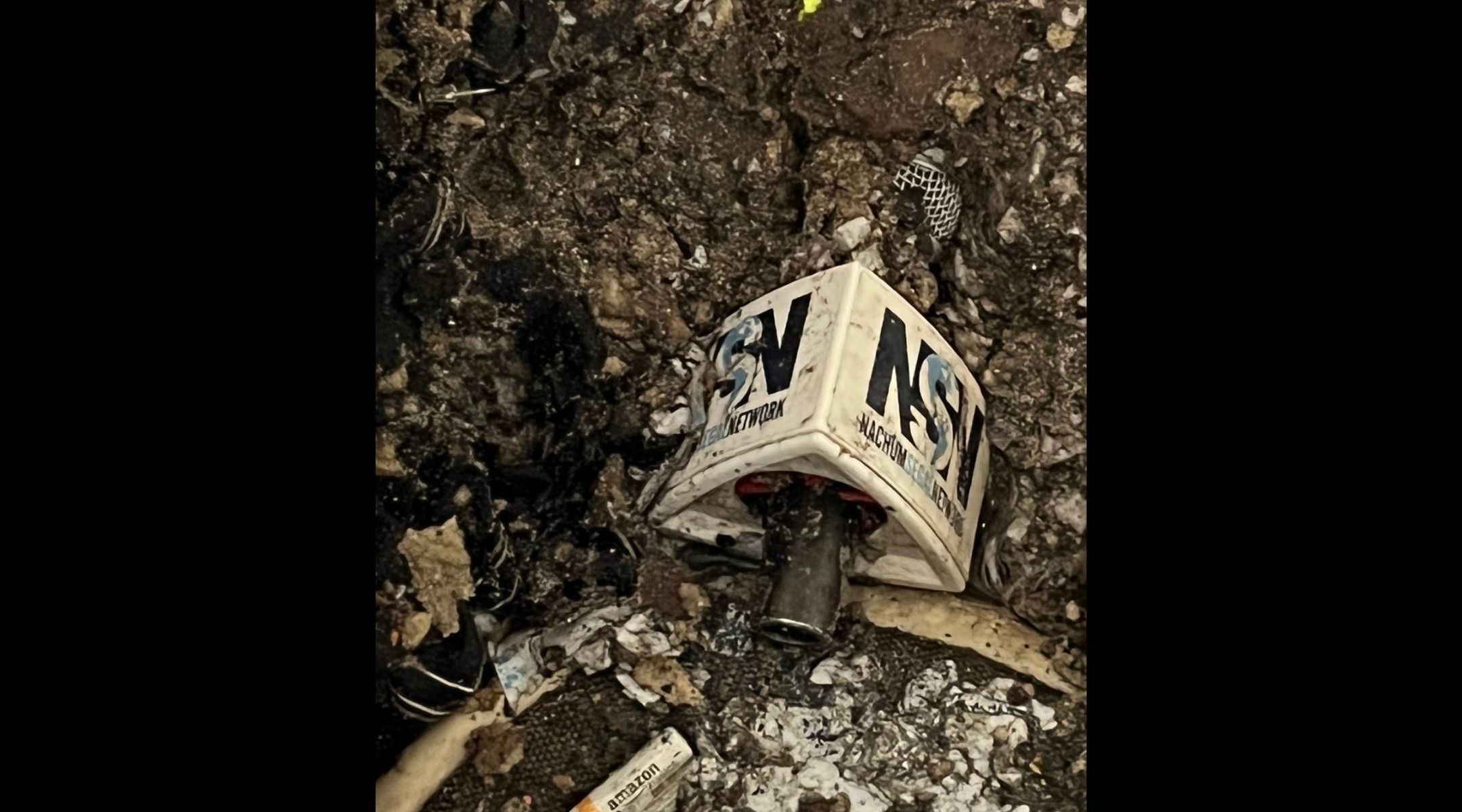 Almost all of the studio was consumed by the fire on Sunday in Manhattan. (Courtesy)

Segal said there has been an outpouring of support from his listeners, with many calling and texting to comfort him. “It’s a tremendous feeling of hope and resilience and rebuilding — that’s what we want to focus on today,” he said.

The network launched an online fundraising campaign to help offset the costs of the damage. The campaign, which launched on Sunday, has raised more than $70,000 as of this writing.

“I never expected this kind of outpouring,” Segal said. “It’s hard to believe how much my audience always comes through. There is a tremendous amount of appreciation for what we do.”

Segal will do the show remotely for the time being, though he plans to put money from the campaign toward a new broadcasting space. “I look forward to using the funds to build and rebuild a really beautiful, state of the art studio,” he said. “One that is befitting the mission that we’re on, one that we can take great pride in.”

The show, streaming for three hours each weekday, includes a mix of Jewish music, interviews and rabbinical and political commentary. It is most popular in religious homes; Segal has occasionally done remote feeds from Modern Orthodox redoubts like Teaneck and Tenafly, New Jersey. 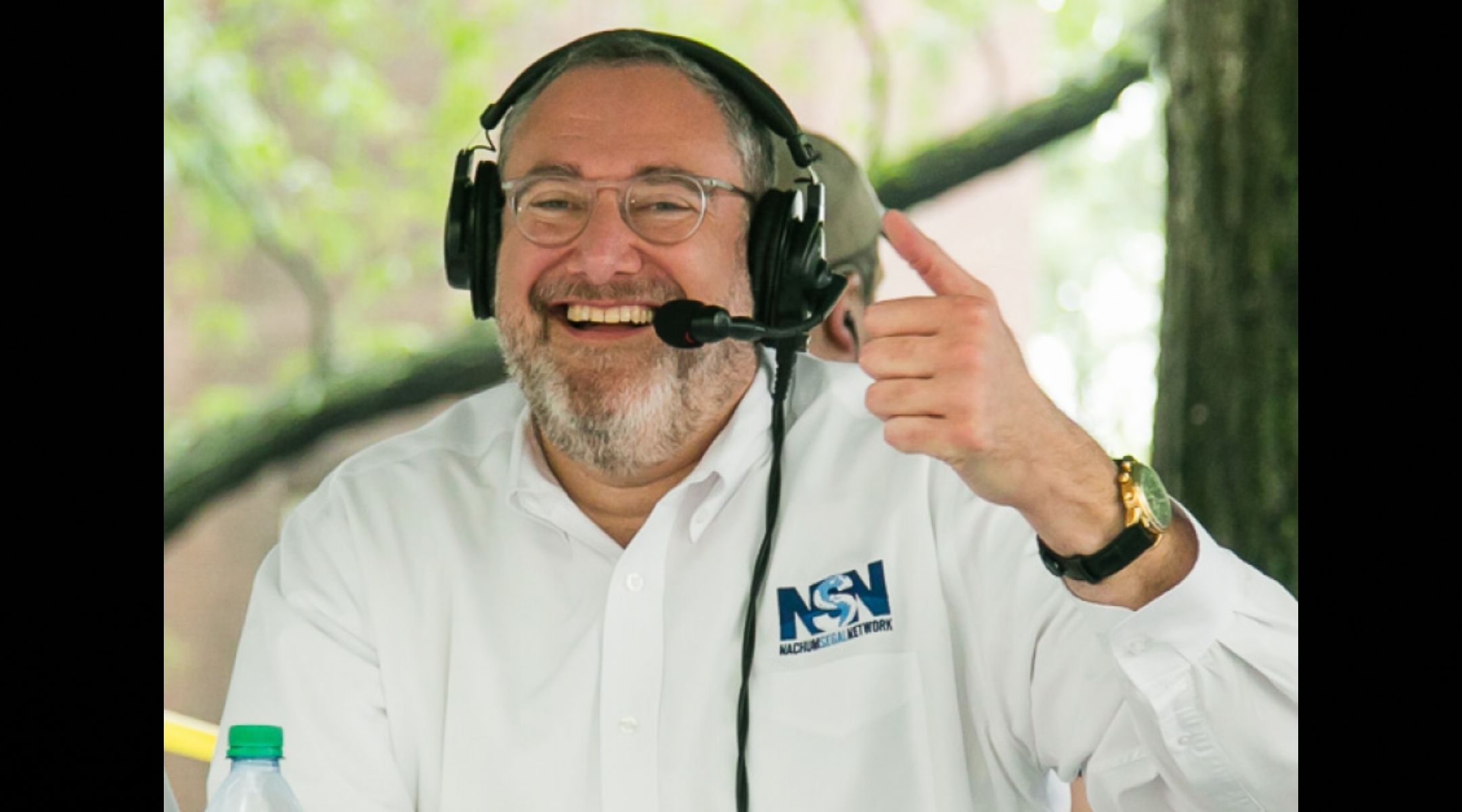 Nachum Segal had been broadcasting from the studio that was destroyed in the fire since 2002. (Courtesy)

Segal, who got his start on Yeshiva University’s radio station, said that the network is “unabashadley pro-Israel,” but also includes Torah study and other religious themes. “Someone said to me that there is so much Torah that emanates from your studio that today’s fire is reminiscent of the destruction of the temple,” Segal said. “They don’t mean literally, but people view it as an important hub of Jewish activity, Jewish education and Jewish themes.”

Segal added that he was “thankful to the Almighty” that nothing worse happened from the fire.

“It could have, God forbid, taken someone’s life,” he said. “It could have been so much more devastating. We get to be in a position to continue, and hopefully continue stronger.”