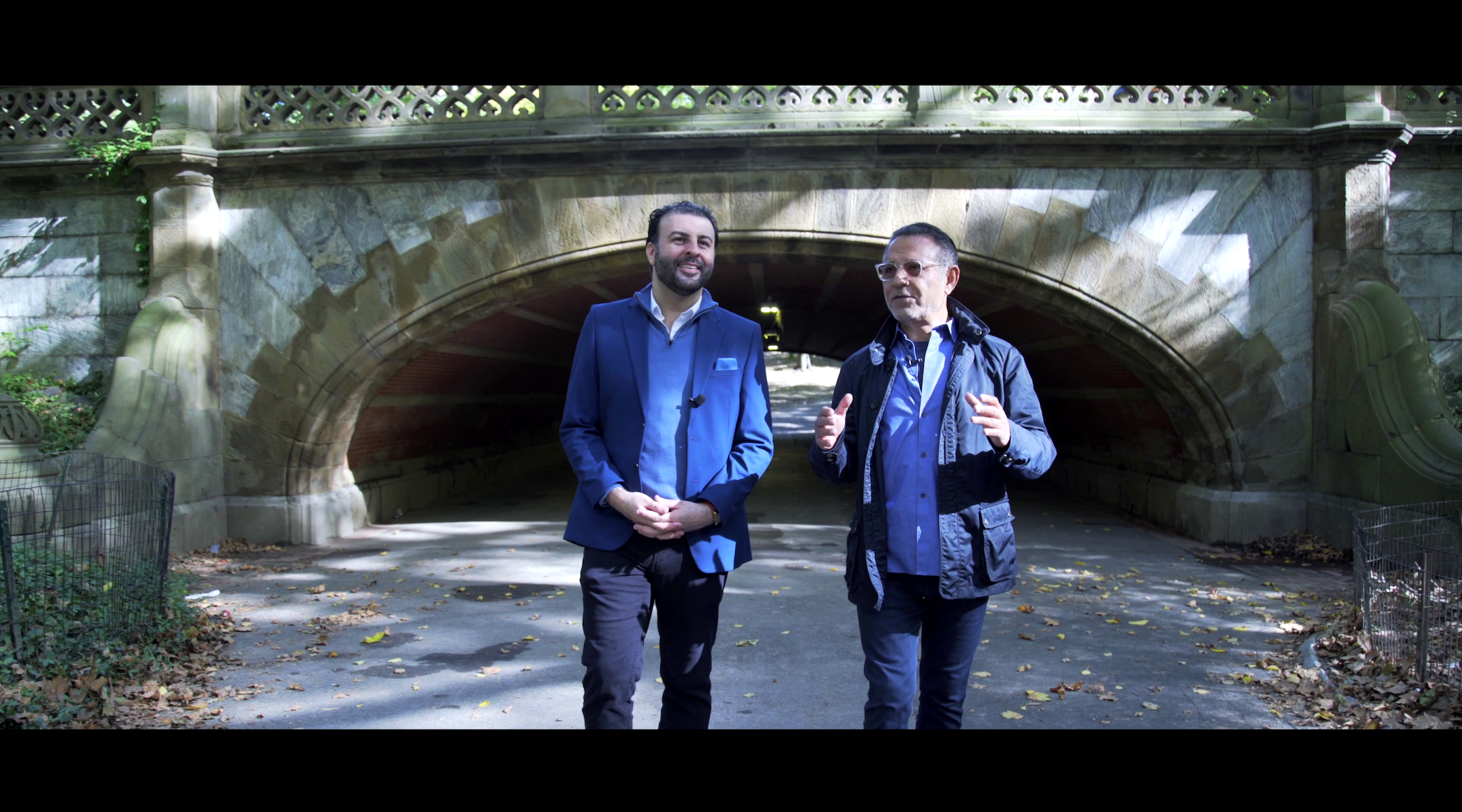 A still from "The United States of Elie Tahari," directed by David Serero (left). (Courtesy)
Advertisement

(New York Jewish Week) — A documentary on the extraordinary life of Fashion Designer Elie Tahari. Jewish women who were the stars of Bollywood’s Golden Age. A tango dancer and a rabbi in Crown Heights team up to win a dance competition together.

All of these stories will come to life at the American Sephardi Federation’s 24th New York Sephardic Jewish Film Festival, hosted this year at the Moise Safra Center on the Upper East Side from Sunday, April 3 through Thursday, April 7.

The film festival — the only designated Sephardic Jewish film festival in the world — returns in person this year after going on hiatus due to the pandemic. In addition to the films, the Sephardi Federation will present its  Pomegranate Awards for Sephardi Excellence in the Arts to well-known singers, actors and directors, including Caroline Aaron, who plays Shirley Maisel in “The Marvelous Mrs. Maisel,” Amir Arison who stars in NBC’s “The Blacklist,” and Broadway and movie star Lainie Kazan.

Each evening screening is paired with an event — which, like any good Jewish event, includes drinks, food and music — that celebrates the country and the culture of the movie. For example, after the April 4 screening of “The United States of Elie Tahari,” a documentary about the life of the designer, who was born in Iran and lived in a refugee camp in Israel in the 1950s, there will be Persian food, a fashion show and a Q&A with Tahari.

“There has been a return to celebrating our heritage,” David Serero, producer of the festival and director of “The United States of Elie Tahari” told the New York Jewish Week.

“That’s exactly what I want to do at the film festival — really to go and make it festive,” he said. “It’s not just the audience coming in, watching a movie, and then leaving. It’s creating the whole experience for people to celebrate and enjoy.”

Serero, who has helped produce the festival for eight years, is intent on making the event exciting for all ages. As in past years, the festival has “Young Professionals” after parties, with DJs and drinks. “When we do events like this, it is so rewarding to see this younger generation eating what the parents also used to eat, listening to the music and the songs that their parents used to sing and dance to, and also watching movies that tell their story,” he said.

Serero answered the New York Jewish Week’s four questions about this year’s festival, the excitement of returning in person, and what it means to have Sephardic representation in film.

1. How are you feeling about being back in person this year?

Serero: Oh, I’m feeling amazing. We came back stronger than ever. It’s so interesting, when we started planning, I thought, “Let’s do it again this year, but let’s not go full throttle on it. We’ve got to do something, but we’re not going to do a two-week long program like in the past — we’re going to do it for only three or four days, just to come back on our tiptoes.”

It turns out that this year is probably one of the most successful editions we’ve ever had. It’s more challenging because now there is so much access to content from your home, but people want to come here. First, because people have the time. Also, I have the feeling that right now, when people want to start going places, they don’t know how. When they see an event is curated, with an audience, and they know they’re going to meet people like themselves, then they go fully for it.

2. Why is it important to see Sephardic representation in film?

We are the only film festival entirely dedicated to the Sephardic world, although there are many that feature Sephardic movies. In New York, which is mostly Ashkenazi Jews, a lot of people don’t really know anything about Sephardim — that there were Jews in Morocco, Syria and Iraq. Back there [in these countries], Sephardim have a deep culture. A lot of these countries have tried to erase and remove every indication that there was a Jewish presence in the country before. It was always a challenge to bring Sephardic films because they were a very niche market.

But this is changing in a way I couldn’t have expected even five years ago. Now that we are seeing these Sephardi filmmakers and Sephardi themes in movies, it is making a huge difference. This new generation is now very proud of its heritage. Back in the day, we hid that we were Jewish, but now we’re really proud of it.

A lot of times on the internal point of view of film festivals, success is measured through the amount of ticket sales and the amount of attendance, but for me, the number one priority is to bring this community together. There is no amount of money in the world that would outweigh that. I’ve always been so impressed by how people can still wish to gather among themselves and find their community.

I always hated any kind of labels on people because I had the feeling that communities were separating you from the rest, saying, “We are not like you, we are different,” and they close themselves off, which brings criticism and ignorance. When I saw that we can turn the label of Sephardim into a community and a culture and that this culture can be shown around the world and be celebrated by people who are not from this culture, and that the art, films, and music can bring all so many people together, I was immediately all for it.

3. Are there any notable trends or themes in Sephardic cinema that have emerged in recent years?

We’ve seen a lot of documentaries, which bring a lot of material for future generations — today people would rather watch a documentary on Netflix than read a 300-page book, so this is how people are choosing to tell their stories.

Also, a lot of filmmakers are talking about who they are in their films and are putting a lot of themselves in their own movies. For example, the French and Sephardi filmmaker Lisa Azuelos made a film based on her experiences as a divorced mother raising a teenage daughter, which she remade in the United States into the movie “LOL” starring Miley Cyrus and Demi Moore. This is her Sephardic Jewish story that she chose to highlight. Back in the days when you were really in the Sephardic culture, all you could make were religious movies and film in synagogues, but now that narrative has dramatically changed, and the Sephardic experience can be about anything.

There has also been a normalization of the relationships between Israel and several Arabic countries. It was not normal that Israel didn’t have any relationship with these countries, you know? So, of course, we saw a lot of Israeli movies that were Sephardi, but now it’s become more global. We have films from Spain, from Argentina, from Mexico, from Turkey, from all around the world that have a Sephardic touch.

4. Are there any highlights that you are looking forward to next week?

We have amazing honorees this year. We have Caroline Aaron from “The Marvelous Mrs. Maisel” coming, Amir Arison from “The Blacklist,” André Aciman, the New York Times bestselling author, and Lainie Kazan, the great actress from “My Big Fat Greek Wedding,” and who was actually the understudy for Barbra Streisand in “Funny Girl” in 1967.

On a personal note, I am doubly honored because I have my own film, the documentary on Elie Tahari, so this year to be coming back also as a director I am absolutely delighted. After there is a Q&A with [Tahari] and I, and an after party with music and great Persian food and all that. I organized a fashion show of Tahari, and everyone on the catwalk will be Sephardic.

Partnering with the Moise Safra Center is the best thing I did since my bar mitzvah. The team over there is absolutely wonderful, and we want to show that this year is the greatest edition we’ve ever had. I’m pretty sure the one after will be at Madison Square Garden.