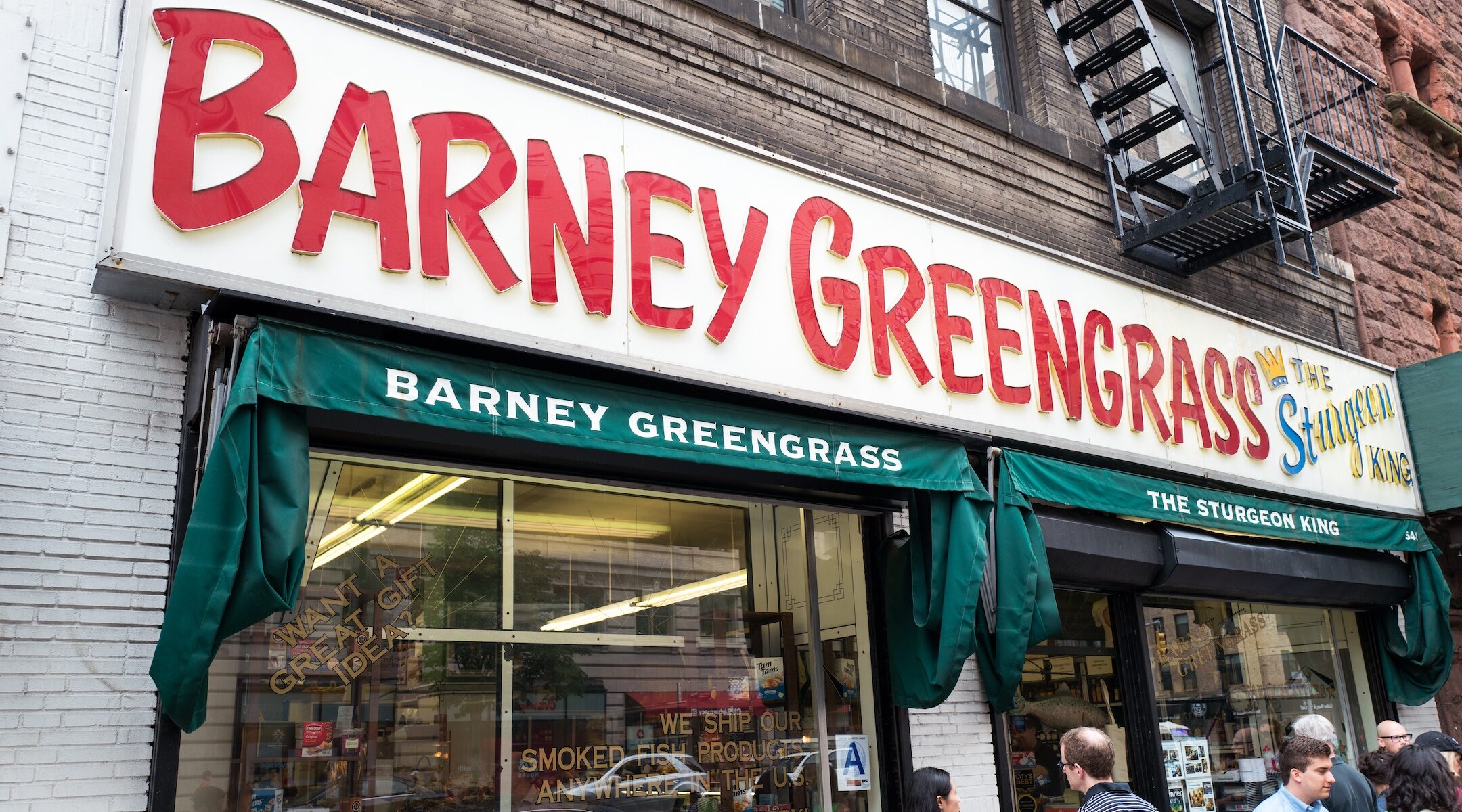 Barney Greengrass, a traditional Jewish-style deli on the Upper West Side of Manhattan was the victim of an arson attack Thursday morning. (Smith Collection/Gado/Getty Images).
Advertisement

(New York Jewish Week) – A suspected arsonist set a series of small fires on the Upper West Side on Thursday morning  — including one that destroyed the outdoor dining shed at appetizing institution Barney Greengrass at 541 Amsterdam Avenue.

The beloved Jewish deli, famous for its smoked fish, was one of five suspected targets of arson on Thursday. The other four fires were outdoor rubbish fires, the FDNY told West Side Rag, and appear to have been set between 5 a.m. and 6 a.m. The NYPD confirmed to the West Side Rag that the fires were “intentionally set.”

“Obviously, there is an arsonist in the neighborhood starting fires all over the Upper West Side,” third-generation owner Gary Greengrass told the New York Jewish Week. “Unfortunately, we’re the victims of it.”

“Thank God, everyone’s fine,” he said, adding that the restaurant and store is still open for shopping and indoor dining.

An arsonist is setting fires on the UWS. This is the 4th that I know of this morning. pic.twitter.com/3cY5lmqwUJ

Though antisemitic hate crimes have been the rise in New York City — including an incident on the Upper West Side last Saturday, April 7, when six Jewish kids were threatened by teens brandishing weapons — Greengrass told the New York Jewish Week that he didn’t believe the fire was antisemitic.

Nonetheless, Manhattan Borough President Mark Levine, a former City Council member whose district included parts of the neighborhood, called the attack “horrible” on Twitter, noting the crime’s proximity to Passover, which starts on the evening of Friday, April 15.

“Let’s all make it a point to go by and shop there in the coming days,” said Levine.

Barney Greengrass will be closed the week of Passover, but customers can order seder side dishes for pickup over the next week, including matzah ball soup, charoset, chopped liver, gefilte fish, horseradish and macaroons, Greengrass said.

The deli has been in operation since 1908; it moved to its current location on Amsterdam Avenue and 86th Street in 1929. According to Barney Greengrass’s website, the restaurant has been a setting for numerous TV shows and movies, including “You’ve Got Mail,” “Sex and the City,” “Seinfeld” and “30 Rock.”